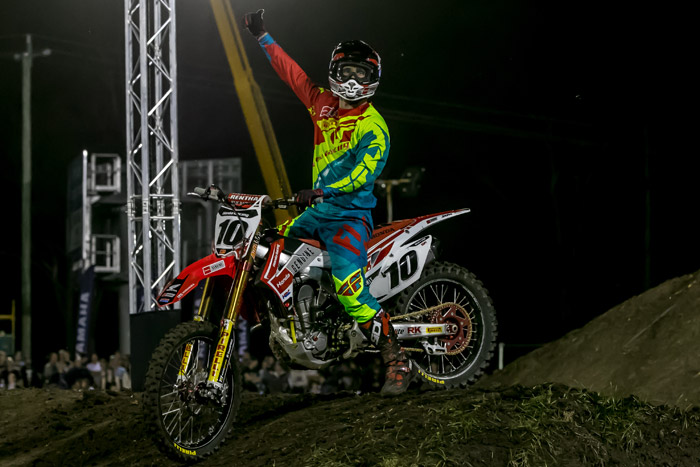 The second round of the 2016 Australian Supercross Championship heads to Toowoomba on Friday the 14th of October.

The opening round of racing provided a great battle between Australia's top Supercross talent and international supercross stars, with the American Justin Brayton holding off a strong challenge from Australia's Dean Ferris in the SX1 main event, while fellow American Gavin Faith raced to the win in the SX2 main event finishing ahead of Aussies Hayden Mellross and Wade Hunter as Honda claimed the top step of the podium in both classes.

Round two is set to provide even more spectacular action with organisers set to build a full scale replica of one of the tracks seen during the 2016 American Supercross Championship.

With the Toowoomba Showgrounds unavailable on Saturday night suitable for this years championship time frame, the promoters of round two , SBP (Scott Bannan Promotions) have chosen to hold the event on a Friday evening, allowing race fans to kick of their weekend in the perfect fashion.

In order to give Supercross fans a little extra time to make it to the venue after work, the nights schedule of racing will start a little later than round one with the opening heat race of the night hitting the track at 7pm.

Gates will open to the public at 5pm with the ever popular pit party firing into life as well as freestyle display from the Showtime FMX crew.

At the conclusion of the pit part, rider introductions along with the Supercross Hall of Fame inductees will hit the track before the opening round of heat races commences.

The nights program will once again include the dash for cash, before both the Junior, SX2 and SX1 main events take to the track with the night wrapping up with a huge fireworks display at 10.30pm.

See below for a full run-down of the planned schedule for the second round of the 2016 Australian Supercross Championship being held at Toowoomba on Friday the 14th of October. 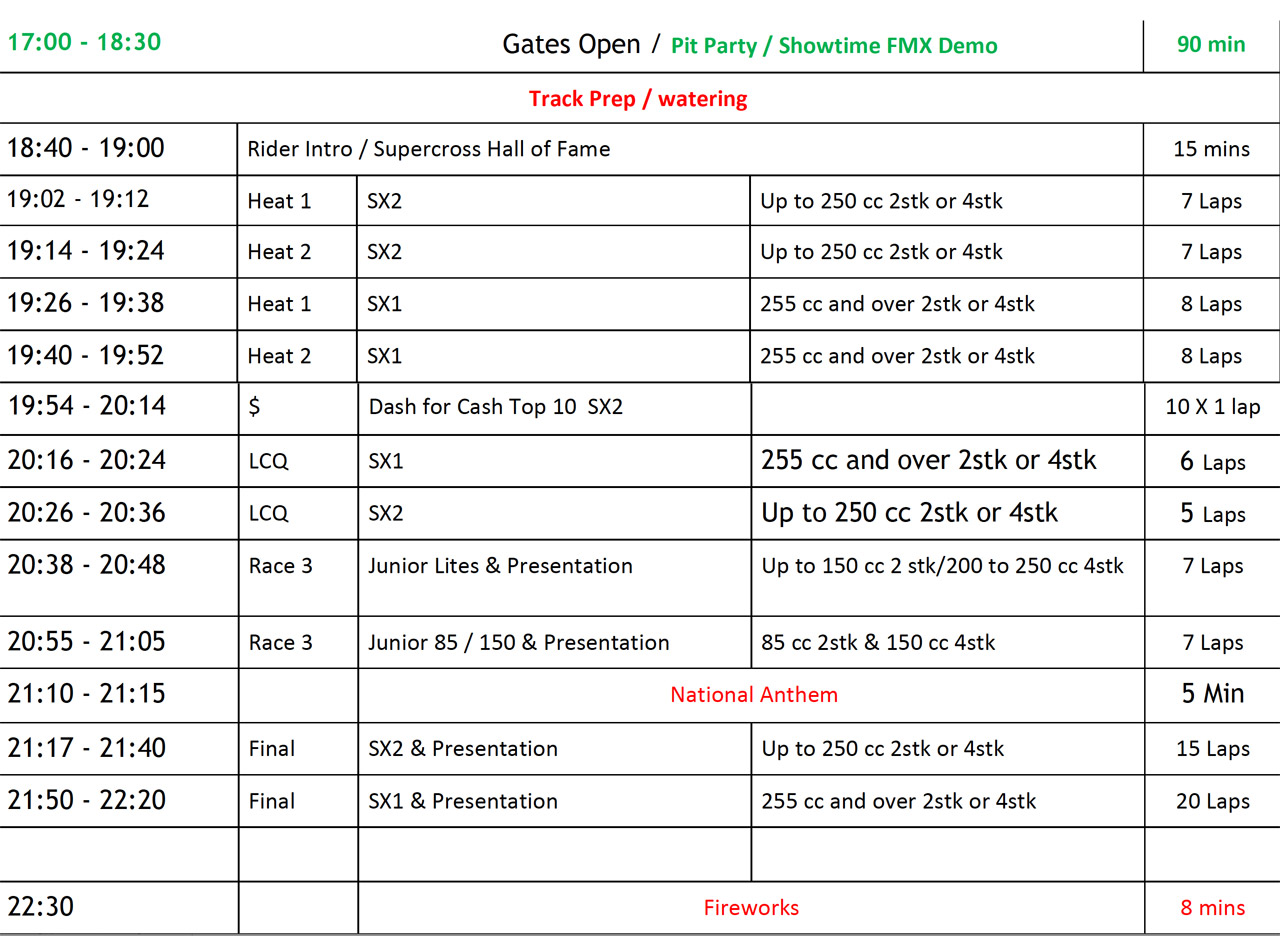