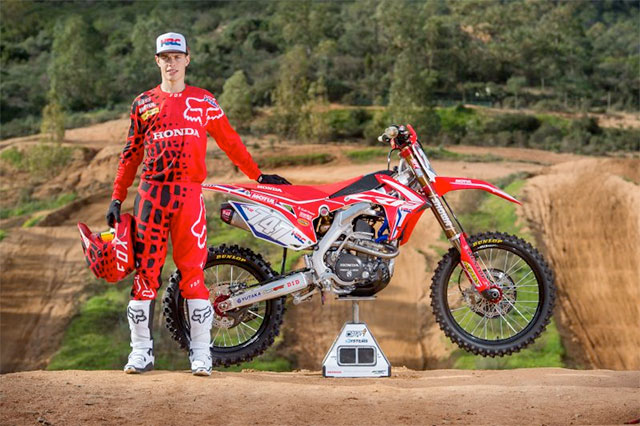 This week sees the MX2 season begin in Losail Qatar where Team HRC MX2 will begin their world championship assault for the first time.

Chihiro Notsuka and Michele Cervellin will line up with their CRF250RWs on the new metal start grid in a larger MX2 class for 2017. Losail will be under floodlights in the cool, dry desert air as the only night race of the year.

Cervellin, although no stranger to Honda, will be looking to cement his name firmly in the MX2 class this year in his first season with HRC. Having trained extensively through the winter in Italy and Sardinia he has already had a strong start by winning the last round of the International D‰ÛªItalia Motocross and securing second overall in the championship. Having worked with the Martin Honda team for many years, the young Italian has largely flown under the radar for the past few years but now is ready to show everyone what he is capable of.

"I'm feeling excited to start this new season especially because I'm riding for HRC and the team is giving me every opportunity to get the best results I can," Cervellin said. "I have never ridden outside of Europe before so its a new experience for me and I can't wait to start. The winter training was good, I worked lot with my team to get a perfect feeling with the bike. I‰Ûªm feeling ready to get behind the gate in Qatar." 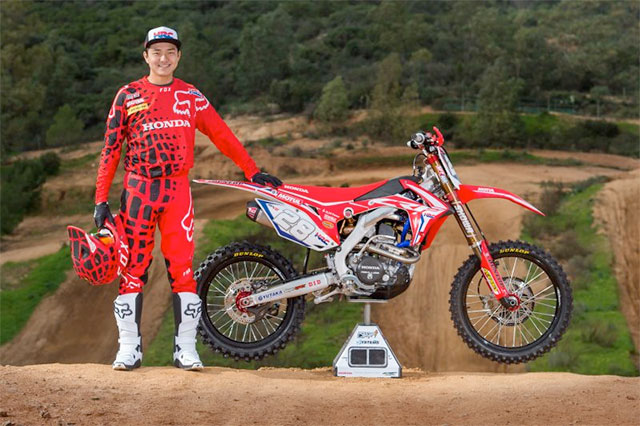 Chihiro Notsuka
Chihiro Notsuka has come fresh to the world series from taking the JMX MX2 title with HRC. Being new to the grand prix paddock, Notsuka is looking forward to experiencing the variety of tracks and conditions the series brings. In 2016 he raced in the GP of Switzerland and Nations so is graduating to a full campaign in 2017 after last year‰Ûªs taster. During the winter he has been training in Italy alongside his team mate Cervellin he has also competed in the International D‰Ûªitalia Motocross in preparation for the opening rounds of the FIM world motocross championship. He will be representing his country as the only Japanese rider in the series.

"I'm very happy to be able to race with the Team HRC. It's a good feeling as I feel like I can do more now that I have HRC behind me. They are the best team I have ever had in my life. I look forward to my first GP in Qatar," Notsuka said.

Roger Harvey - HRC General Manager - MXGP, added, "Michele Cervellin has done really well in the Italian international this year and with pre-season testing also going well, we are expecting good things from him and think he could be a bit of a surprise for the MX2 class.

"For Notsuka this is the start of a learning curve. Having only ever ridden/raced exclusively in Japan through his career, this is now a step up to gain experience of riding around the world. With both riders having their own goals we are looking forward to seeing how they do in the series."