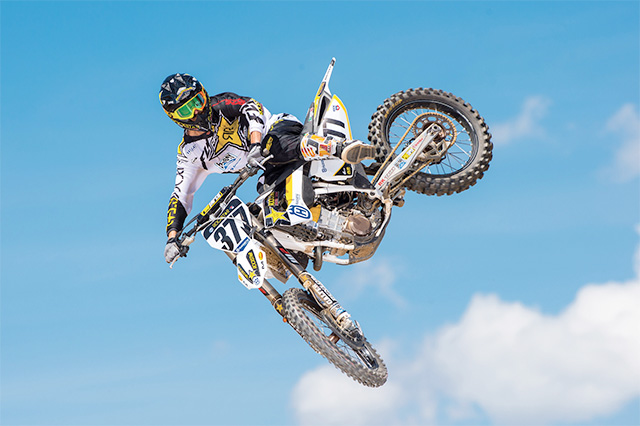 The 29-year-old won the 2006 FIM MX2 Motocross World Championship. The next year he set about defending his title but at the MXGP in Ireland he crashed and fracturing his sacrum, causing partial paralysis. After spending 2008 recovering, he moved to the USA to compete in the in the AMA Supercross and Motocross series. He eventually won the AMA Supercross East Coast class in 2009 and 2010.

In 2017 he raced a few rces in Canada but has now decided to call it a day.

"Well, today is the day, I am pleased to announce my retirement from racing," Pourcel said on Instagram."It‰Ûªs all I‰Ûªve ever known, but I have been so blessed and fortunate to race all around the world in front of many fans and to work with many great companies.

"From racing GP‰Ûªs, winning a world championship, then coming to America, two super cross championships, winning races... and now finding a new life here in the states, racing has given me so much. Those good times don‰Ûªt come without tough times, from my paralyzing accident in 2007, internal injuries, countless collar bones, to my most recent neck fractures... I‰Ûªve had my fair share of injuries but I‰Ûªm happy to walk away happy and healthy.

"I‰Ûªm looking forward to the next chapter of my life away from racing. I‰Ûªve sacrificed so much in life, things that are normal for most people, to dedicate my life to racing and training. I want to enjoy this time now with my wife, family, and friends and to say THANK YOU to all the great people and companies that have supported me throughout my career and to the fans who have enjoyed watching me race.

"It‰Ûªs been a tough decision, I know I can still be competitive but my body has said enough with the injuries!! I‰Ûªm 29 and have so much more life to live. Again thank you all and see you around!!' Pourcel concluded.