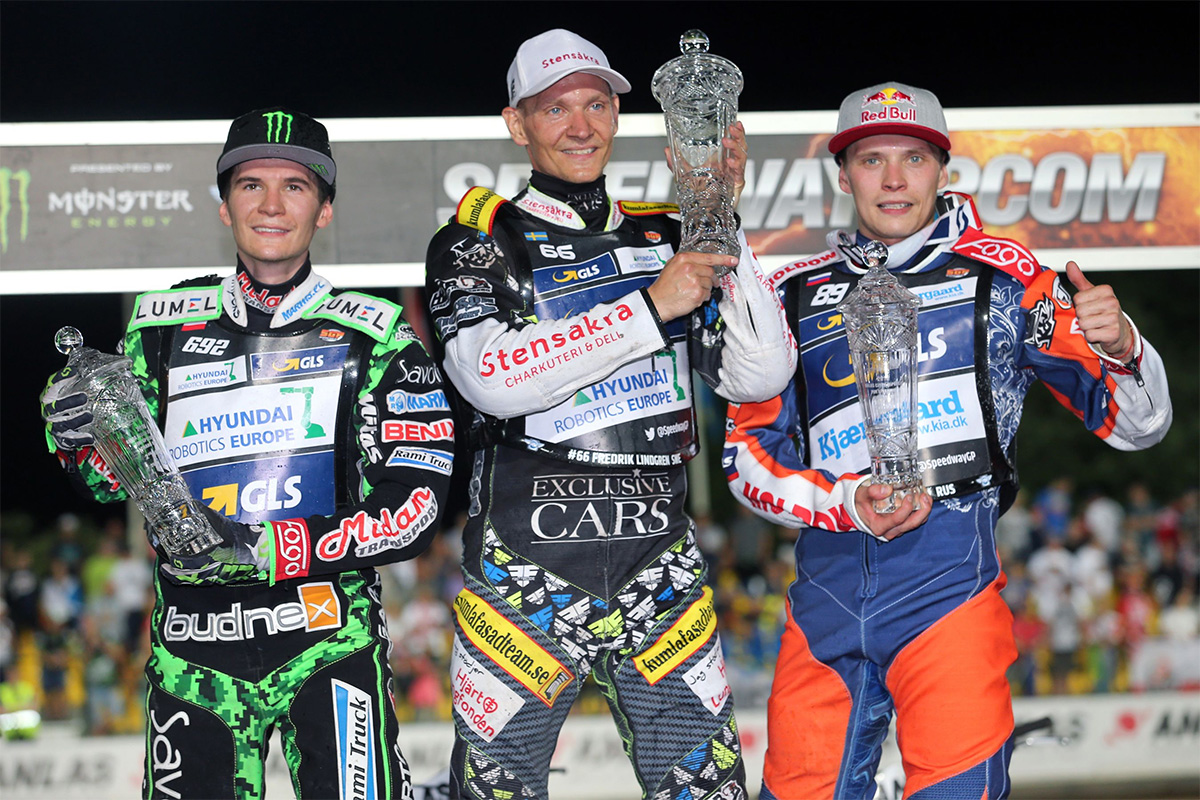 Lindgren, who matched his score of 16 from Warsaw a fortnight ago, didn‰Ûªt manage to edge out Pole Dudek in the opening lap.

The experienced 32-year-old used his extensive racing brain, though, to round his younger rival on the final turn and clinch the Grand Prix in dramatic circumstances.

Russia‰Ûªs Emil Sayfutdinov finished third while Tai Woffinden was forced to pull up after running out of room down the backstraight of lap one.

Lindgren‰Ûªs efforts mean he leaves the Czech Republic with a one-point lead over Great Britain‰Ûªs Tai Woffinden after securing 32 points from the opening two rounds of the series.

A delighted Lindgren was elated after clinching the win, adding nights like this do not come around very often.

"I‰Ûªm super happy to get the win in Prague, it‰Ûªs not often you win Grand Prix events like that," Lindgren enthused.

‰ÛÏI‰Ûªve worked really hard and have put a tough winter behind me after picking up some injuries.

‰ÛÏI‰Ûªm happy to be here, and to win is awesome.‰Û