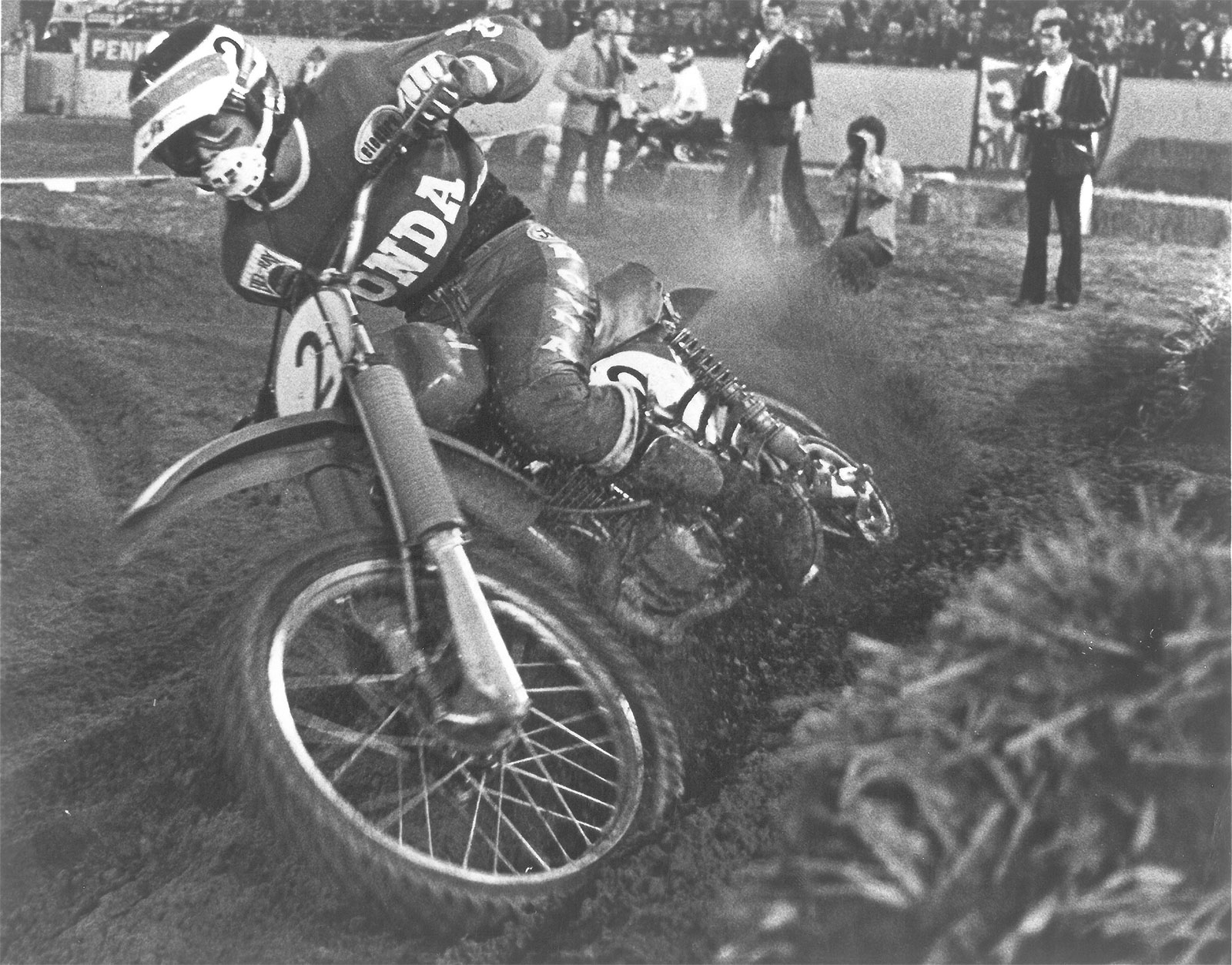 Marty Smith, a 2000 inductee into the AMA Motorcycle Hall of Fame, died Monday, April 27, from injuries sustained in a dune buggy crash in Southern California. He was 63.

Also killed in the crash was Smith's wife, Nancy Smith.

Born in San Diego, Calif., on Nov. 26, 1956, Smith started riding with his father, Al, on a step-through Honda 50 in the California desert. He took part in his first motocross race at age 14. Smith became a regular at Southern California tracks and started winning races on a regular basis. During his formative racing years, he had no professional trainers and learned by carefully observing the fast guys, then applying what he saw.

Smith became known as one of the most precise riders in motocross history. His riding style remained smooth throughout his races and he rarely crashed.

Smith won all of his championships with Honda, and the company featured him in its advertising, using his long hair and youthful good looks as a selling point. He was on dozens of magazine covers riding the legendary Honda Elsinore, donning the famous red, white and blue racing colors. Smith became the first teen idol in motocross and legions of young fans followed his every move.

He retired from racing in 1981 and developed a motocross school called the Marty Smith Motocross Clinic. 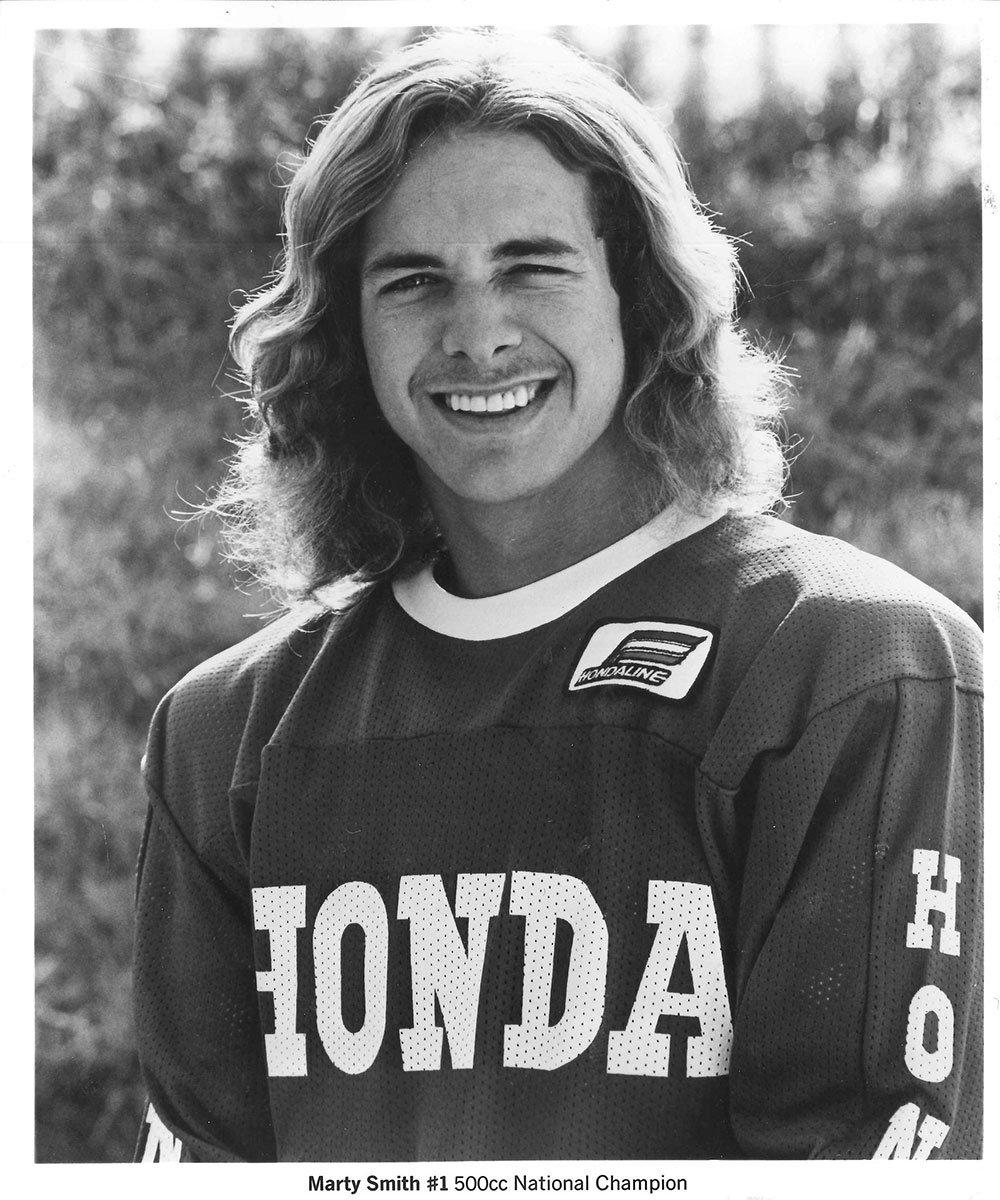