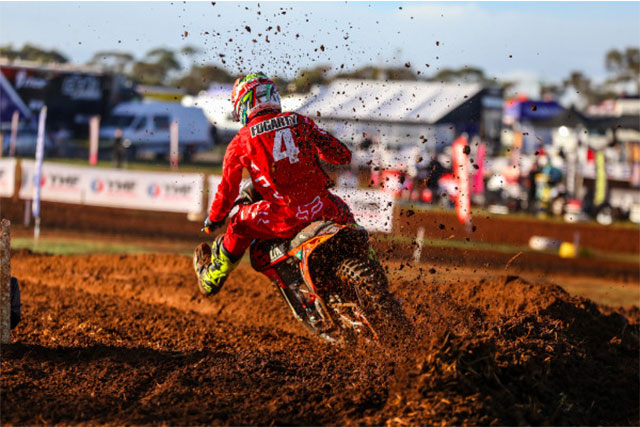 Raceline Pirelli KTM‰Ûªs Morgan Fogarty collected his second podium of the season in the Pirelli MXD class yesterday, in what was a positive day for the team at Round 5 of the Motul MX Nationals at Murray Bridge.

With the mid-season break kicking off following racing yesterday afternoon, both Fogarty and MX2 pilot Jayden Rykers were determined to finish the first half of the season with a positive result in South Australia, and for Fogarty that‰Ûªs exactly what he did.

Victorian based 17-year-old Fogarty qualified well down the charts at Murray Bridge, setting the tenth fastest time and with a large task ahead of him when racing kicked off. However, when gates dropped yesterday, Fogarty remained focussed ‰ÛÒ racing to consistent 3,5 moto finishes awarding him third overall at Round 5.

‰ÛÏRound five was good for us - we ended up third overall which is a good way to go into the mid-season break,‰Û 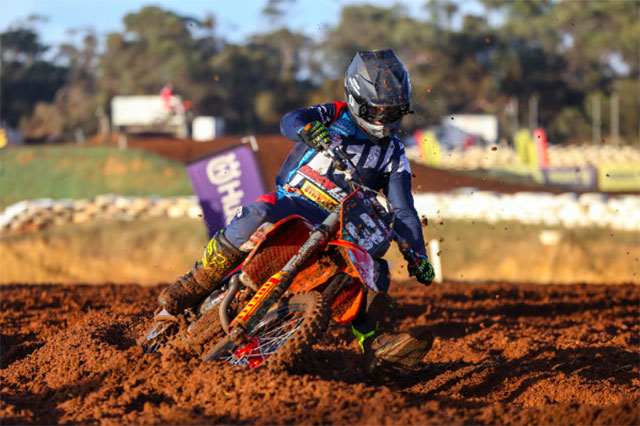 Jayden Rykers. Credit: MXN Images
Unfortunately for Jayden Rykers in the MX2 class, the weekend‰Ûªs outing at Murray Bridge was one he would rather put behind him. Rykers qualified in seventh place aboard his KTM SX-F 250, and then went on to record a top ten (9th) in moto one. However, moto two proved to be a challenge for the rider now based out of Victoria, wrapping up the final 20-minute race in 12th position, handing him ninth overall for the round.

‰ÛÏYesterday went pear shaped. We saw improvement in some areas, all I'm missing is the start and that is so important this year,‰Û