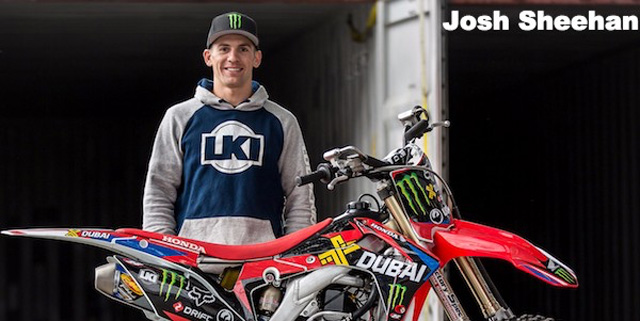 One of the biggest names in Freestyle Motocross (FMX), Josh Sheehan, joins an impressive list of motorsport talent taking part in Perth Speed Fest on Sunday 13 December 2015 at Perth Motorplex.

Currently the only rider who consistently performs the Double Backflip, Sheehan made history in April to become a bona fide legend, alongside the likes of Evel Knievel, when he landed the first ever Triple Backflip on a motorbike, a trick that took a year to train for.

In just one week, 29-year-old Sheehan will perform gravity-defying tricks and aerial stunts at Perth Speed Fest on the specialist FMX track.

Growing up on the family farm in Donnybrook, two hours south of Perth, Sheehan has made a huge impact at Night of the Jumps World Championships with six straight wins and then entered Red Bull X-Fighters and after winning he home-nation round of Sydney 2011.

Perth Speed Fest Event Director Greg McNeil said that Josh Sheehan would be on track, as well as in the air, multiple times throughout the day.