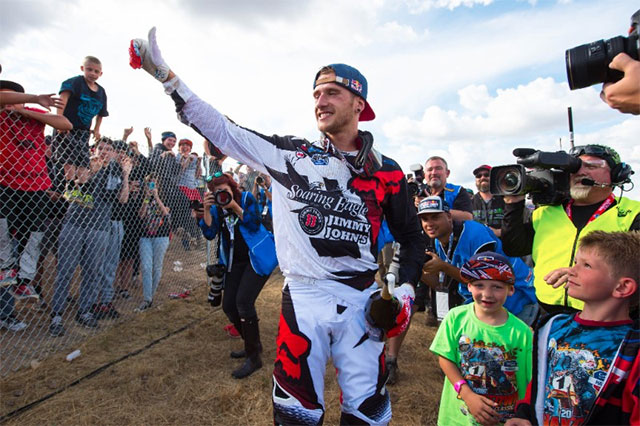 Ken Roczen turned in a flawless 1-1 performance Saturday afternoon to kick off the 2016 Lucas Oil Pro Motocross Championship with a pair of moto wins and a dominating overall victory to open the 12-round Pro Motocross season.

The win was the Soaring Eagle/Jimmy John‰Ûªs/Suzuki Factory Racing riders seventh of his Pro Motocross career and his second overall for the team co-owned by Carey Hart and Ricky Carmichael. 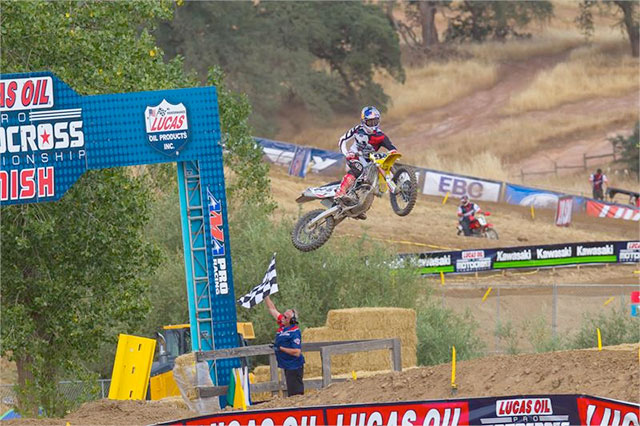 Ken Roczen in action at Hangtown
Four riders jockeyed for the top spot early in the first moto but it was Roczen, who rode lights out throughout the day, that made a host of remarkable passes for position to snare the lead on the opening lap. A clear track allowed him to set a blistering pace early, opening a several-second lead over the field. By the time the checkers waved on the first moto of the season, Roczen picked up his first win of the new outdoor campaign by just over six seconds.

The second moto was much like the first for Roczen and his RCH-prepared Suzuki. While he just missed winning the holeshot, the 2014 Lucas Oil Pro Motocross Champion snatched the lead from defending series champion Ryan Dungey before completing the first lap and never looked back. With Round 1 in the books and his first win of the season behind him, Roczen leads the championship by six points heading into next weekend.

‰ÛÏWhat I want to do for the whole season is bring it,‰Û