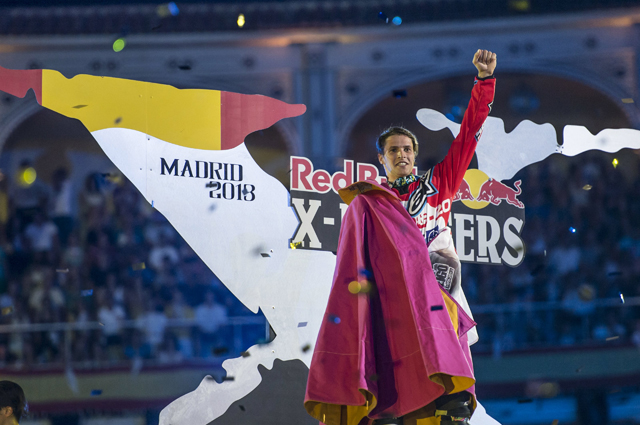 Thomas PagÌ¬s of France will be hard pressed to defend his title in 2014 against the world's best freestyle motocross riders when the 14th season of the Red Bull X-Fighters World Tour commences in March next year.

Over 200,000 spectators will witness the freestyle motocross elite in actionas the Red Bull X-Fighters World Tour will first dazzle crowds in Mexico City on the 14th of March for a legendary season opener in the thin high altitude air before returning to Asia with a stop in the land of the rising sun in Osaka, Japan and then moving on to the celebrated Las Ventas bullring in Madrid.

The FMX riders will invade the state of Bavaria and perform breathtaking tricks, as Red Bull X-Fighters World Tour returns to Munich, Germany before climaxing with a first-ever African World Tour final, in Pretoria, South Africa.

PagÌ¬s won two stops in 2013; however, Dany Torres (Spain), Rob Adelberg (Australia), and Taka Higashino (Japan) have all proved that they could beat the mercurial Frenchman with victories.

PagÌ¬s clinched the championship title in a thrilling season finale in Madrid in most spectacular fashion ‰ÛÒ with what was being called the best run ever.

Last year, PagÌ¬s took FMX to new heights and dug deep into his big bag of tricks on the jumps that saw him flying up to 15 meters high and 30 meters in distance.

Reflecting how close the world's FMX elite has become, the Frenchman was the fourth different World Tour champion in the last four years. PagÌ¬s was the epitome of consistency all season, stepping on the podium in all five events.

Top Image: Thomas Pages will be back to defend his RedBull X-Fighters title in 2014
Credit: Oscar Carrascosa/Red Bull Content Pool