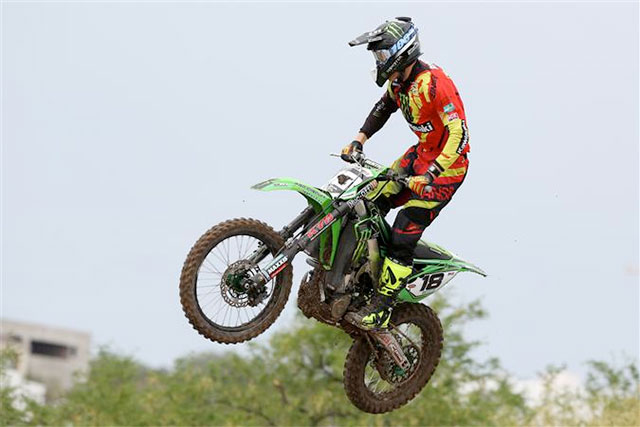 Vsevolod "Seva" Brylyakov of Monster Energy DRT Kawasaki raced to the first GP podium result of his young career when he finished third in the Mexican round of the FIM World MX2 Motocross Championship.

The young Russian established the base for this excellent result when he earnt a good starting position by finishing fourth in the qualification race, and he immediately raced into the leaderboard group in the opening GP moto.

Initially fifth he made continual advances during the race to cross the finishing line second, headed only by the current series leader Jeffery Hearlings. Unfortunately he lost an initial seventh place in race two when he nervously crashed on the second lap, but the enthusiastic 20 year old battled valiantly to the chequered flag to finish sixth after remounting outside the top ten. The effort, coupled with his earlier second place, gave "Seva" third overall in the GP and has hoisted him to seventh place in the series standings.

"I feel amazing with this first podium in my career; it‰Ûªs just great that it happens now! In the first moto I got a good start and was consistent; I was following Seewer and finally passed him and pulled away," Brylyakov explained.

"It was good to score a second place in the first moto, but it also made me nervous for the second one! I had another good start but then it was a nightmare as I crashed and thought that I had lost any chance to be on the podium. But I just tried again to do my best, rode smoothly and when I saw that Jonass also crashed I thought there was maybe a chance for me to finally get this podium. I continued to push, caught a few guys and my mechanics helped me on the board to know what was happening.

"I can‰Ûªt believe that I got this podium; my thanks to Steve Dixon, Monster Energy, Kawasaki, my teammate Tommy Searle, all our sponsors and Cosworth who did a great job - the engine is unbelievable good!‰Û 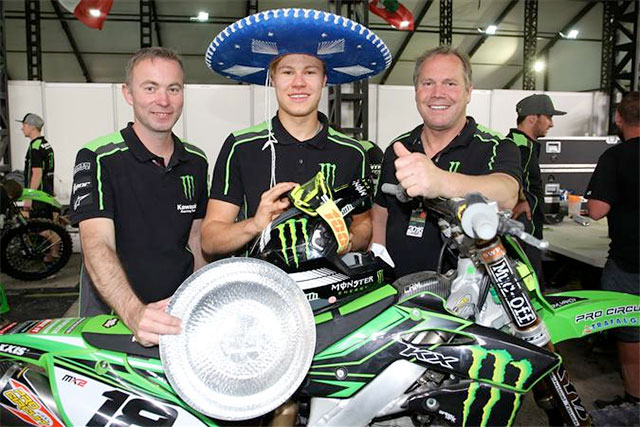