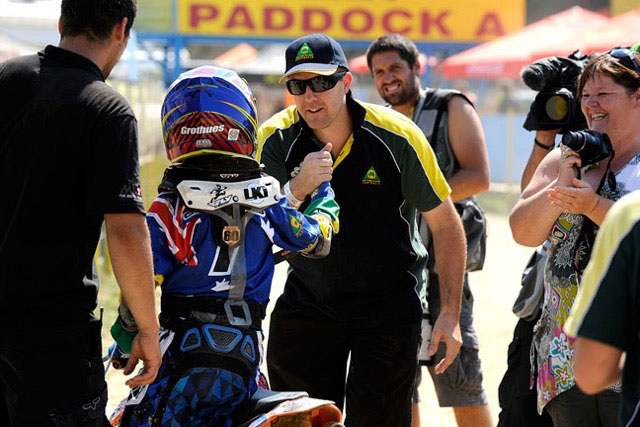 Motorcycling Australia (MA) has announced Mark Willingham as the Australian Team Manager for the 2017 FIM World Junior Motocross Championship to be held at Lange Motokeskus in Estonia, on the 30th July 2017.

Willingham has extensive experience as previous Team Manager in the past and should be well suited to the demanding role.

Mark was clearly honored by the opportunity; ‰ÛÏIt's fantastic really, I last took the role on in 2012 for Bulgaria which was a really challenging, yet successful event," Willingham said."

"I decided to take a break after that one as I was just starting out at a new job, plus my wife was pregnant, so the priorities obviously had to head in that direction. I haven't been to the last four events, so it has been a while, and I have missed it.

"Glenn Macdonald was doing a fantastic job and now he's decided its time for him to take a break too. If I‰Ûªm completely honest, I did take a little while to be sure I wanted to put my application in. I had the discussion at home and work, to make sure everything was going to be ok for me to go ahead. After I had the discussions, I was relieved and was waiting in anticipation that I would be successful. Now that I've been confirmed as Team Manager, I‰Ûªm really looking forward to it.‰Û