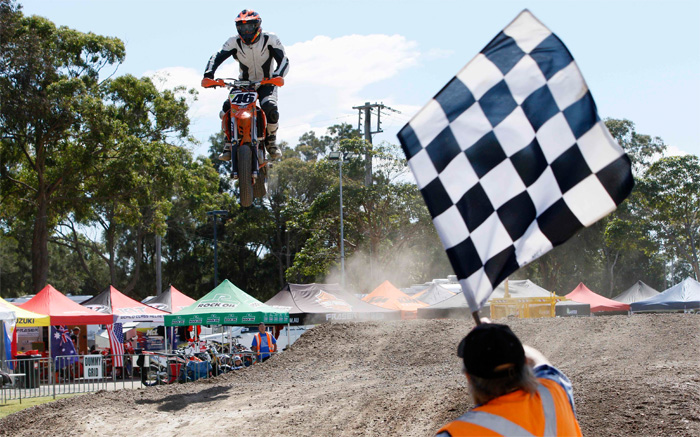 It might have been Father‰Ûªs Day, but the competitors of the Biogenetics Newcastle International SuperMoto were firmly focused on the green light of the start line.

The Postie Bike Challenge kicked off the day‰Ûªs proceedings, proving that horsepower isn‰Ûªt everything as the 1110cc machines negotiated the same track as their SuperMoto counterparts. Racing throughout the day was tight and fast, with the difference in the finish order often coming down to who made the least errors.

Precision and concentration were essential on such a demanding track and a number of riders chose to sit out a race to avoid fatigue. Good starts were essential to avoid the crunch as the circuit transitioned from the speedway section to the tar via dirt stop-jump.

Adam Miller showed that his results the previous day were no accident and continued to control the FIM Oceania Championship races. American Gage McAllister had the speed but a poor start forced him to work through the pack for a second place in race two and cost him any hope of a podium in the championship.

When asked about the win Miller had this to say ‰ÛÏIt‰Ûªs an honour to take out the first FIM Oceania Championship. So many of the guys in the race are already champions in their respective disciplines so it was an incredible feeling to cross the line first. The crowd really helped, they were so vocal and it was a real experience to race in such an environment.‰Û 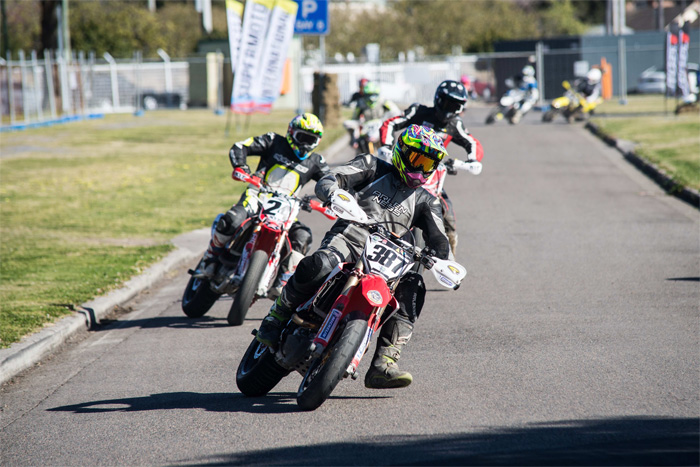 Micheal Kirkness #387 ahead of Luke Richards #24 ‰ÛÒ credit Newcastle Sport Photography
For Gage McAllister, it was about finding the positives in a challenging weekend. ‰ÛÏI‰Ûªve had a great time here in Australia, the riders are of such a high standard and the track really tested us out. I‰Ûªd love to come back and race again next year. To be here with my Dad and to have been able to race against him in the Race of Champions is going to be a very special memory.‰Û 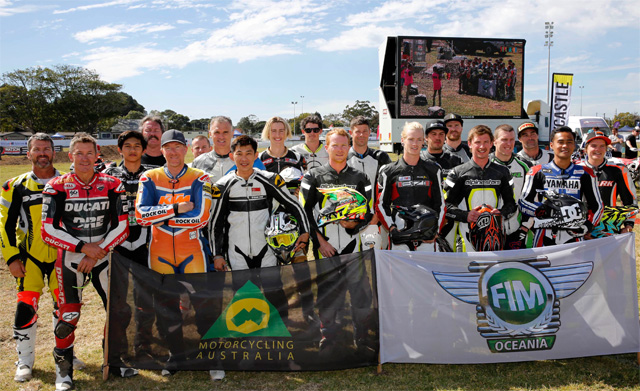