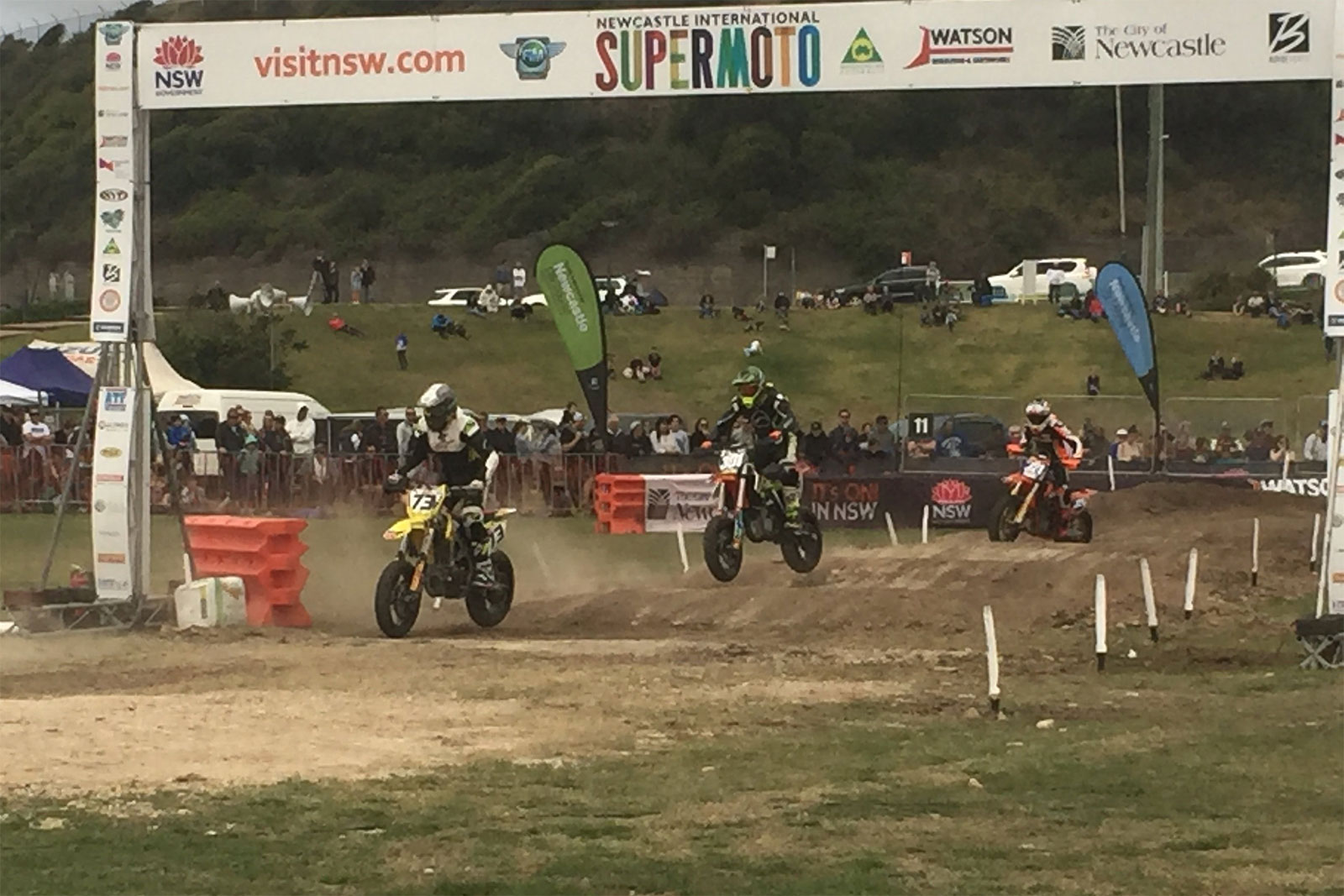 There was significant hype for the FIM Oceania Newcastle International Supermoto featuring the Australian Supermoto Championship and the event lived up to the expectations!

The famous Father‰Ûªs Day meeting was all about German star, Markus Class who defended his Australian title in style and claimed the Oceania Championship.

The weekend was packed with non-stop racing action and a host of talented names battled it out. The event was livestreamed throughout the world and broadcast nationally on SBS Speedweek, Fox Sports Australia, Fox Sports Asia, Motors TV in Europe and MAVTV to the USA, Canada and Mexico.

The Australian Pro Supermoto Championship was the primary focus on Saturday and Markus Class (75 Points) defended his championship in dominant style. He took all three race victories, ahead of Ben Attard and Damon Gibbons. He is one of the world‰Ûªs best Supermoto riders and he lived up to his pedigree. As a result, he reclaimed the Australian Supermoto Pro Championship after demolition in the West, one year ago. 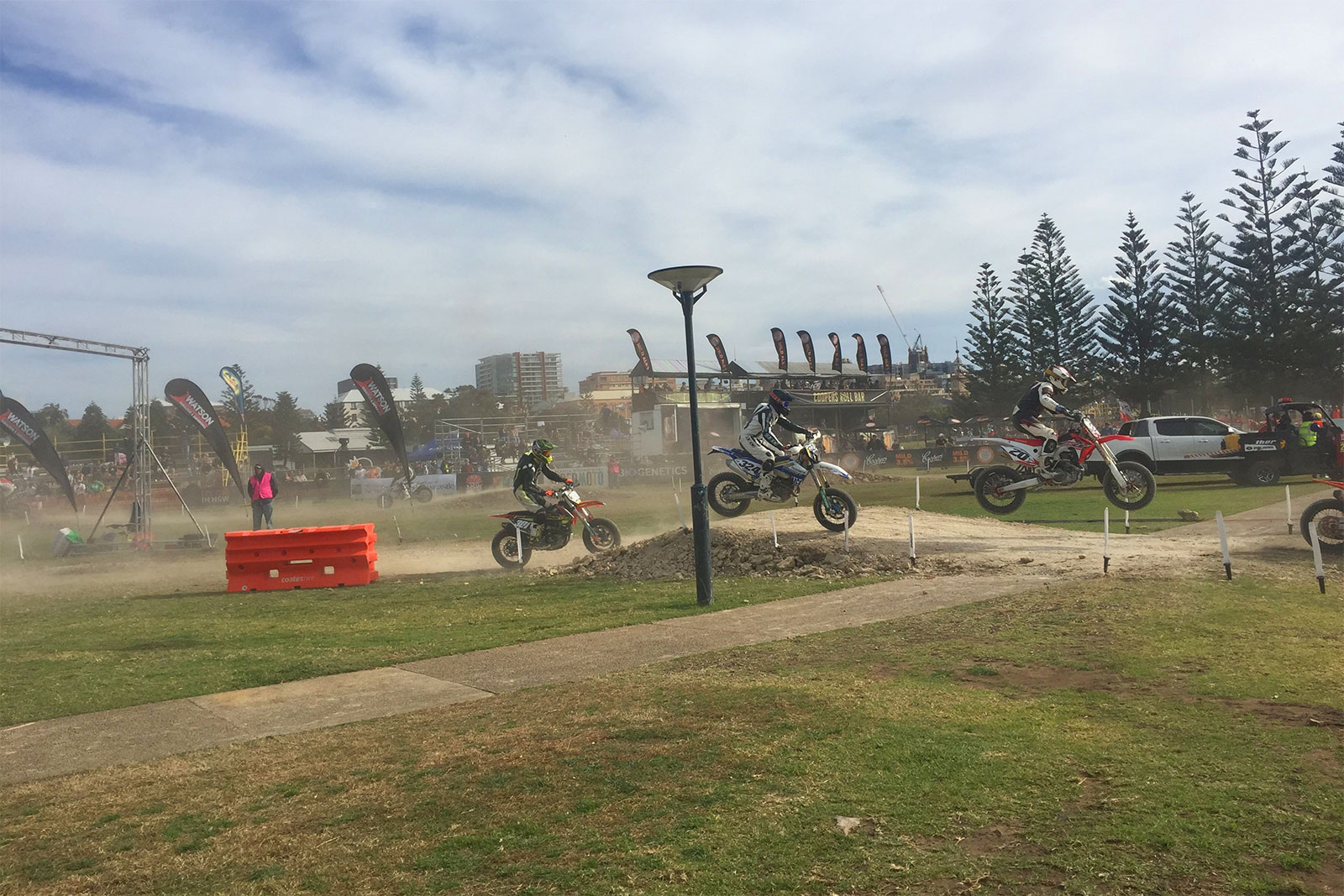 In the FIM Oceania Supermoto Championship, Class (75 points) had the perfect weekend to secure another three races. His greatest opponents were five-time US Champion, Gage McAllister and 12-time national motocross winner, Craig Anderson. He adapted his riding to the Newcastle Foreshore track with ease and coasted to victory.

Class commenting after securing his championships; ‰ÛÏThe weekend at Newcastle is very different compared to WA last year. With a city venue, it makes for a new kind of challenge. I managed to take victories in all races and it was a fantastic experience. Maybe we can return next year to defend our championship.‰Û 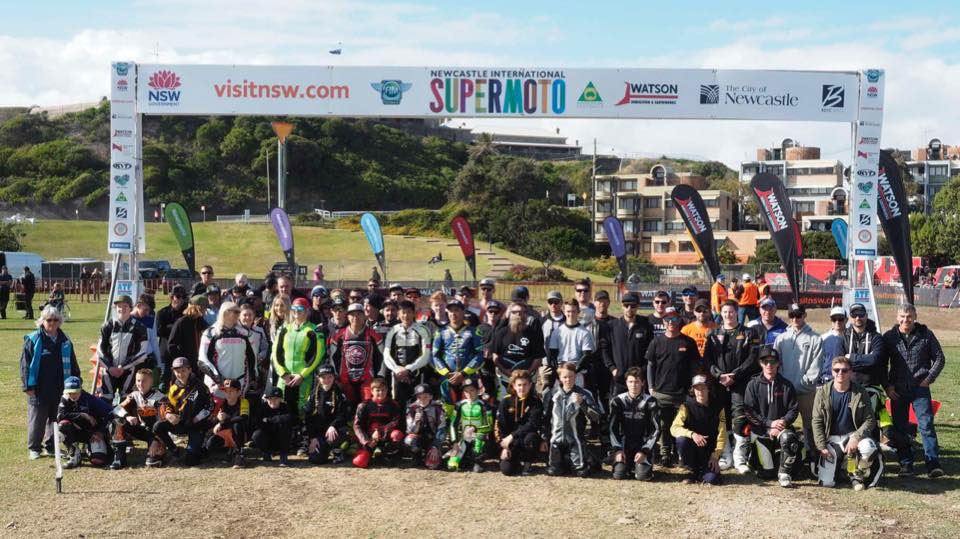