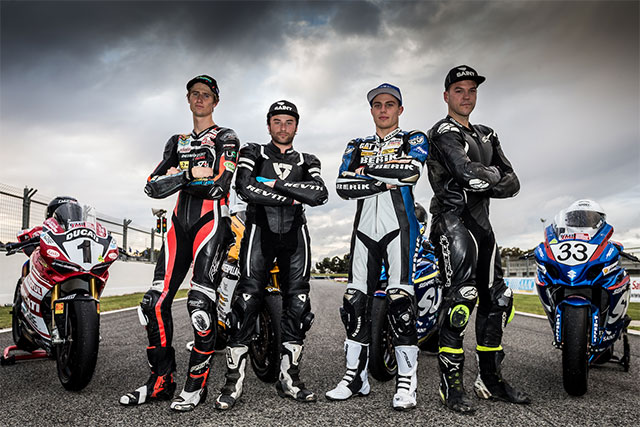 The 2016 FIM Oceania Road Racing Championship is set to go down to the wire as a hard fought battle as Round 5 of the 2016 Yamaha Motor Finance Australian Superbike Championship presented by Motul Pirelli saw Team New Zealand walk away in the lead with only five points separating them from second placed Team Australia.

Across two races on Sunday 7th of August, Team New Zealand pilots Sloan Frost and Ryan Hampton proved that consistency was key over the weekend, as they walked away from the championship with a combined 39 FIM Oceania Superbike Championship points on the board.

Team Australia‰Ûªs Jon Daniels Racing‰Ûªs Daniel Falzon‰Ûªs stella performance put him third on the grid in the Superbike race for the first time this season but unfortunately the 34 points he collected wasn‰Ûªt enough to overtake Team New Zealand‰Ûªs forming lead.

Unfortunately for Falzon‰Ûªs Team Australia teammate DesmoSport Ducati‰Ûªs Mike Jones, mechanical issues throughout the whole weekend forced him to resign from both races.