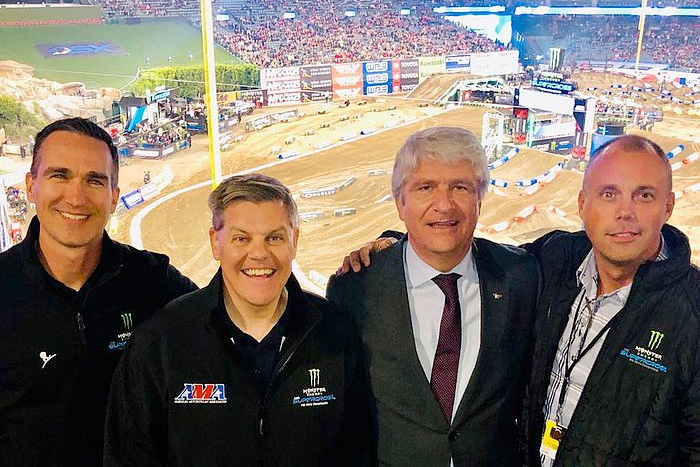 The meeting was held at the Angel Stadium, Anaheim California on Friday, in the presence of representatives of Feld Entertainment and the American Motorcycling Association (AMA). It was an important opportunity for all to discuss the concerns of the teams regarding the FIM Anti-doping Program particularly in relation to aspects of the results management process. The teams stated their support for the Anti-Doping Program but highlighted the need to improve timeliness, transparency and communication during the results management process.

The FIM President acknowledged their concerns and outlined the changes already made by the FIM to improve the results management process as well as agreeing to further actions as an outcome of the meeting.

‰ÛÏWe were pleased to have the FIM president in attendance for the first round of AMA Supercross, an FIM World Championship in Anaheim, California, to participate in a meeting with the teams to discuss the changes the FIM has made to its anti-doping program.‰Û