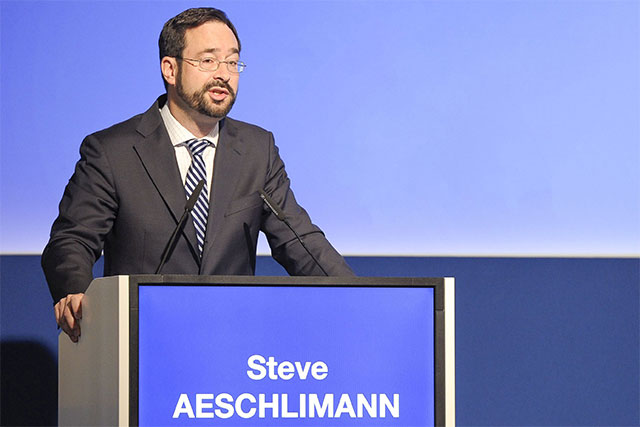 The FIM has named Steve Aeschlimann as their new Chief Executive Officer.

In accordance with the succession plan inspired by the FIM Strategic Plan and the objective of modernising the Federation, Aeschlimann succeeds Ignacio Verneda at the head of the FIM Administration.

Aeschlimann, who is 45 years old, joined the FIM as a member of the Senior Management in February 2011. Since then, he has occupied the role of Executive Director, Operations, supervising several commissions and the FIM‰Ûªs institutional services.

Fluent in several languages, the new FIM CEO holds degrees from a number of universities in Switzerland, the United Kingdom and the United States. He has considerable management experience within international organisations and was a Director at the European Football Union (UEFA) before joining the FIM. His passion for sport revealed itself at an early age through his activities as an athlete, a sports journalist and a club official.

Speaking on behalf of the Board of Directors, the FIM President Vito Ippolito said: ‰ÛÏThe appointment of Mr Aeschlimann is part of a plan drawn up by the FIM Board several years ago. We are delighted to be able to benefit from the competences of Mr Aeschlimann in his new position and are convinced that he will bring new expertise and ideas for the further implementation of the Strategic Plan and the modernisation of the FIM.‰Û