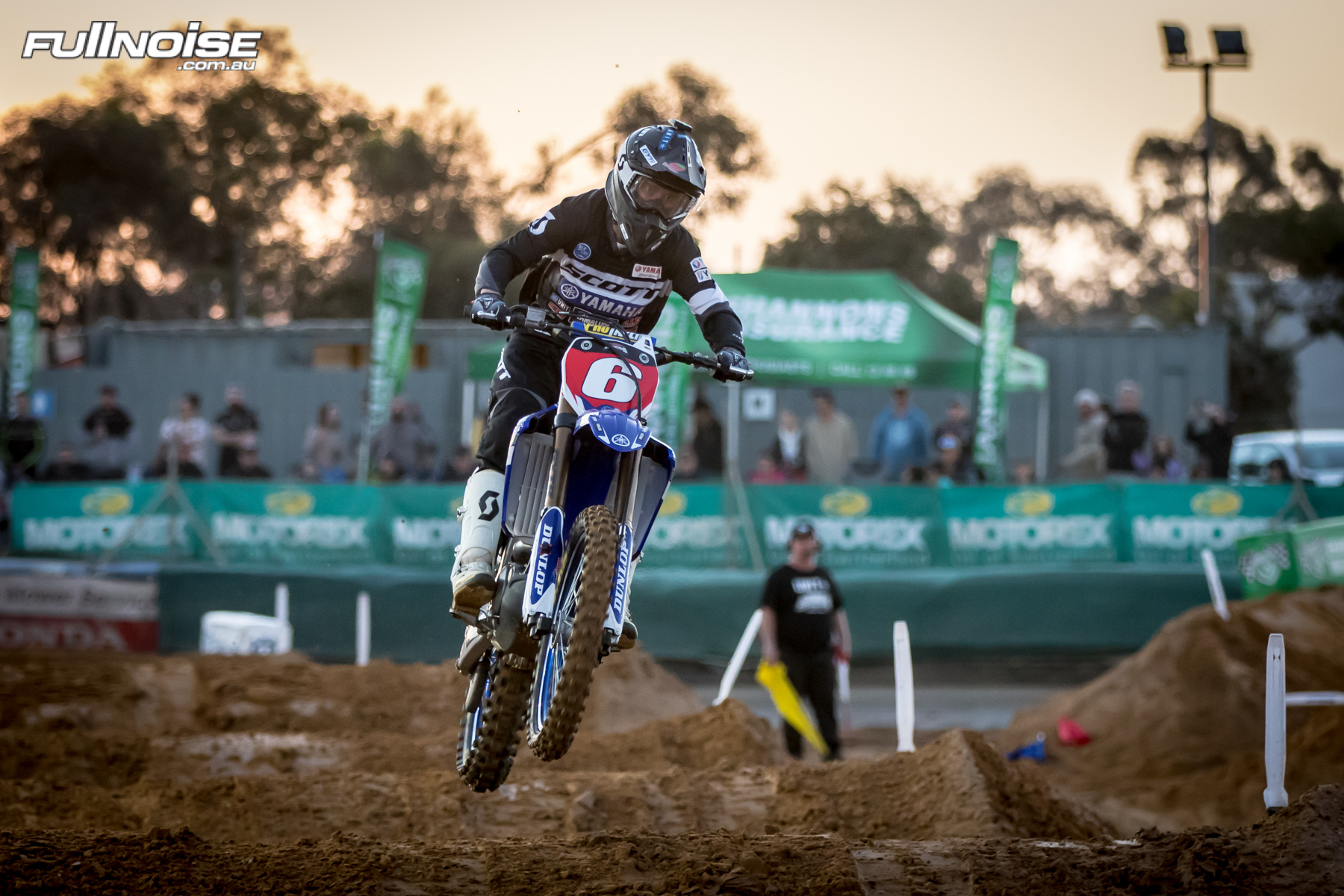 Wilson entered the fourth and penultimate round of the championship with an 11-point lead over Yamaha stable mate Wilson Todd - Photo Aaryn Minerds
Jay Wilson overcame crashes and pain to finish fourth at the Adelaide round of the Australian Supercross Championship and keep is points lead intact with one round remaining in the SX2 category.

Wilson entered the fourth and penultimate round of the championship with an 11-point lead over Yamaha stable mate Wilson Todd, but despite a challenging weekend that saw him crash in two out of the three finals on the night, he left the Gillman Speedway with the same 11 point lead, this time over Hayden Mellross.

Wilson started his night with a ninth place in qualifying but with just one second separating the top 11 riders, there was no reason for concern. He then quickly turned that into a heat race victory and was ready to go for the three-final main event in the SX2 class.

The opening final saw Wilson moving forward after an average start and he found himself inside the top seven when a rider in front of him fell leaving him nowhere to go, but down. He scrambled to his feet and re-joined the race and made his way back to eighth place by the finish.

If race one made him angry, race two had him furious as he went down in the first turn and was stone last on the opening laps. Again, he mounted a charge back through the field and again made it to eighth place.

But with his ribs hurting, pants torn and blood seeping through, Wilson was in no mood for messing around in race three. He was laser like to the first turn, took control of the race and then was never headed as he took the win and salvaged some much-needed points to keep his championship lead intact. He finished with 8-8-1 results to claim fourth on the night and maintain his 11-point lead in the championship. 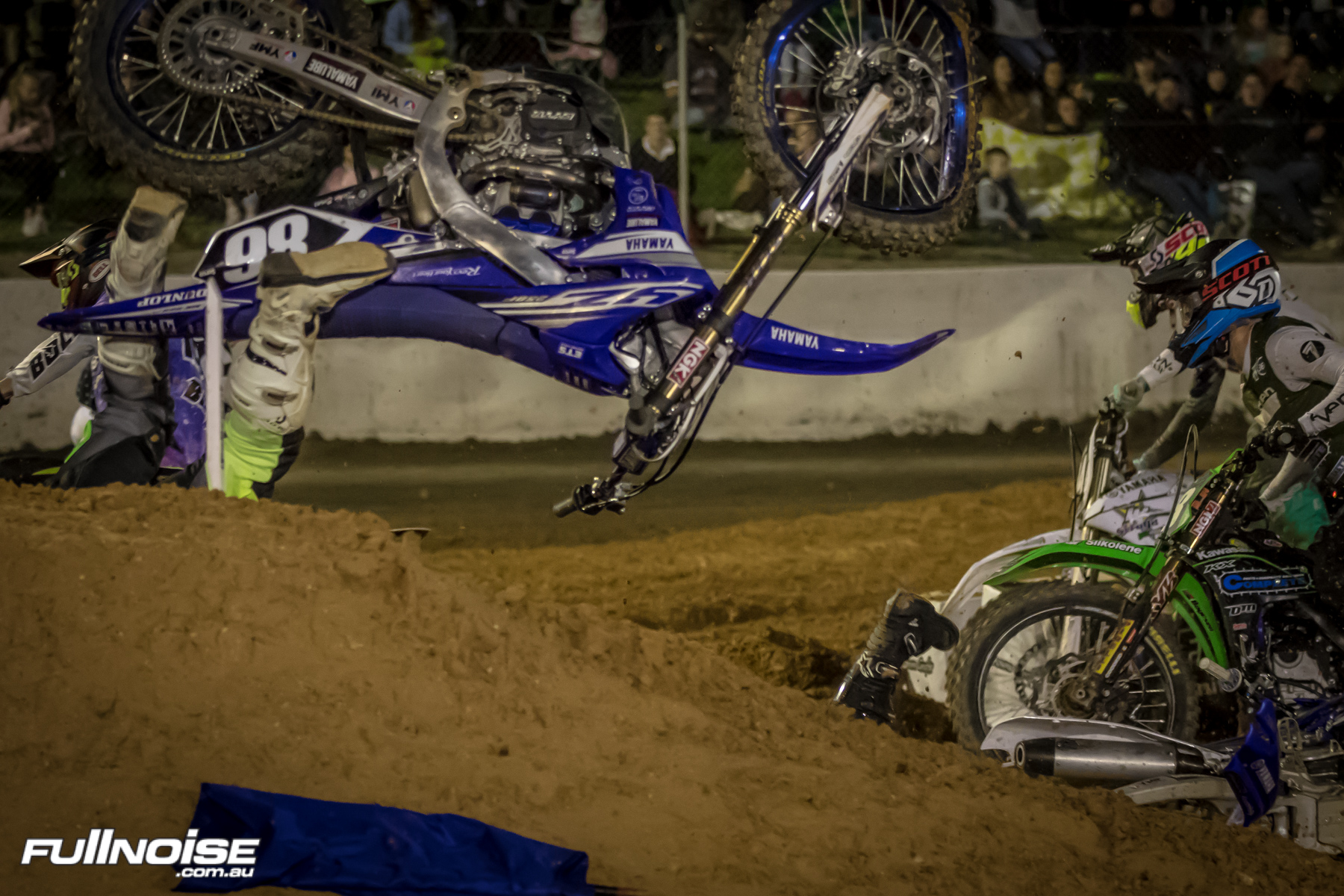 Richie Evans some how walked away from this crash at the start of final number two and returned to race the final race of the night - Photo Aaryn MInerds
Richie Evans also endured plenty of issues on the weekend but managed to finish the night out on a positive note. Evans again easily qualified for the finals and was in good shape in the opening race. He made a couple of mistakes and dropped just outside the top five before he went down and ruined any chance of a good finish.

In the second final, Evans never made it past the second corner. As the 20 riders field barrelled into turn two, Evans was hit from the side and basically folded his front wheel in half. Despite getting to his feet and his foot in some pain, Evans wanted to continue in that race but the bike was damaged badly and needed to some serious attention before he could get back on the track.

Evans was desperate to compete in the final race and after changing several parts on his race machine, he lined up for the final gate drop of the night. He made it through the opening turns before settling down and gaining trust in his bike and foot.

He made some passes and finished the final race in eighth place to leave him 15th for the night and 12th in the championship.

‰ÛÏBoth Jay and I were in the wars tonight and had the team working hard between the finals,‰Û