Ferrris happy with round win and championship progress in opening rounds 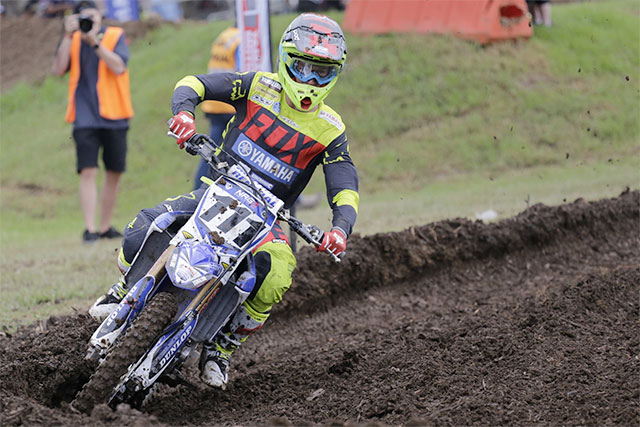 CDR Yamaha‰Ûªs Dean Ferris has fought his way to the championship lead in the premier MX1 division after round two of the MX Nationals was concluded last weekend at Appin Raceway, near Sydney.

Ferris entered the round in third place but ruing some costly mistakes at round one and was determined to make amends at Appin. His day started promisingly when he posted the second fastest lap in the Go Pro Superpole and was ready to rumble when the gate dropped in moto one.

Ferris was in a freight train of riders and deep in battle in the ultra-strong MX1 field at the beginning of moto one. He slowly but surely gained ground on the leaders and with two laps to go, it was on. Ferris fought his way into second place then on the last lap made an aggressive move to slip by Kirk Gibbs on the big uphill jumps and take the lead. Ferris took the race win in what was a classic MX1 battle with the big guns of Australian MX.

Race two and again Ferris was in the thick of the action but was shuffled back in some frantic moves in the early stages. He dropped several positions before regaining his composure and remounting a charge back towards the front. He clawed his way back to third and in a tense final lap, the top four riders were all within a few bike lengths of one another. Despite his best efforts, Ferris was unable to make a pass on the final lap but his 1-3 results were good enough for the round win, his first for the CDR Yamaha team.

‰ÛÏIt‰Ûªs a good feeling to get the win and reward the CDR Yamaha team for their efforts so far this year,‰Û 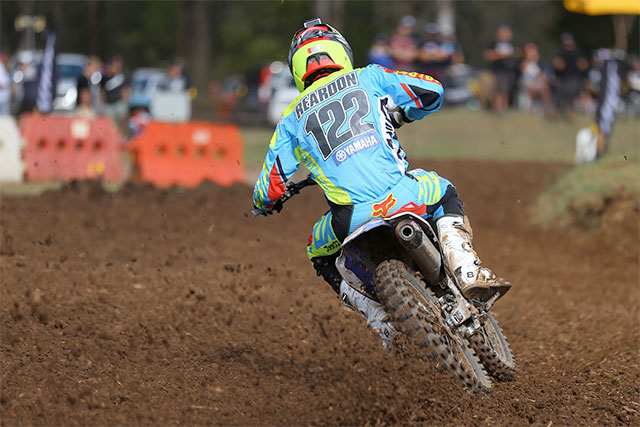 Dan Reardon
Ferris' team-mate Dan Reardon had a consistent day posting 7-6 results in the two races despite feeling under the weather throughout the event. Reardon was able to match the speed of the front runners early in the races but fell away to towards the end as he was quickly drained of energy and strength. He rounded the day out in sixth place.

Reardon has been ill since the Horsham round two weeks ago and had been unable to ride or train during that period so it was a good race of character for Dan who worked hard in both motos.

‰ÛÏIt was a tough day but one every rider goes through during their career,‰Û