Ferris still eyeing a 2016 championship ahead of Nowra 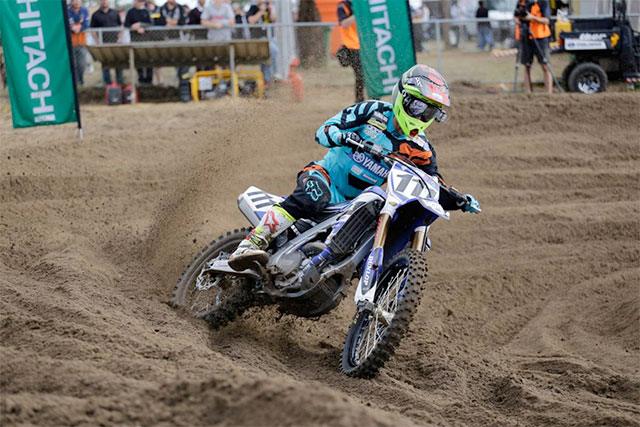 Just five weeks ago CDR Yamaha‰Ûªs Dean Ferris was in the box seat to take a clean sweep at Wanneroo, however a crash in the final moto before the mid-season break, marked an early end to round five for the talented rider, and put the remainder of his 2016 MX Nationals campaign in jeopardy.

However, despite the crash at Wanneroo, the northern New South Welshman has surprisingly bounced back, and will line up once again this weekend aboard his CDR Yamaha machine at round six at Nowra.

Ferris, who now sits in third position in the Thor MX1 Championship standings only 27 points shy of the lead, today spoke about the crash in WA, his fight to get ready for round six, and whether or not he thinks he can still take the 2016 Thor MX1 title.

Firstly, tell us what happened at Wanneroo?

Really it was one of those things that myself and Kirk (Gibbs) got cross lined and it wasn‰Ûªt anyone‰Ûªs fault, it was just a racing incident. I was conscious the whole time but I did hit the ground pretty hard. I knew I was ok, but I also knew I couldn‰Ûªt get up and race so I let Racesafe do their thing, and actually I walked out of hospital that night so I was definitely ok. It wasn‰Ûªt as serious as everyone initially thought. I saw all of the other riders at a Press Day the following week, and everyone realised I was fine. I‰Ûªm happy, everyone is happy so we‰Ûªre good to go this weekend.

Was there ever a point where you thought that you wouldn‰Ûªt be able to line up at Nowra?

Nope not at all. I knew I would be fine.

How hard have you worked to get ready for this weekend?

After the crash at Wanneroo, I‰Ûªll be honest I was pretty battered and sore ‰ÛÒ I‰Ûªd intended to do Manjimup but I opted out of doing that race and took the week off and just went sight seeing actually. Since then though I‰Ûªve been back at it, so it‰Ûªs actually been a solid break for me, and I‰Ûªve had a lot of time on the bike.

Is this year what you expected racing in Australia again would be like?

Yeah I expected it to be like this. One guy who has definitely surprised me is Gibbsy (Kirk), but other than him, the speed of the guys in our class is what I expected it was going to be.

Do you believe you can still win the 2016 championship?

Who‰Ûªs your biggest threat to winning the championship at this stage?

Finally, how are you feeling ahead of this weekend?

I feel good, I‰Ûªm looking forward to getting back in to it and seeing what I can do ‰ÛÒ I‰Ûªm feeling good physically and after this mid-season break I‰Ûªm ready to go racing again. I‰Ûªm not far off the lead, so I‰Ûªll be looking to close that gap. Thanks for the chat Dean, good luck on the weekend.

No problems, thank you.

Dean Ferris along with the rest of the Thor MX1 class will now head to Nowra in New South Wales for round six of the 2016 Motul MX Nationals.