Ferris Reflects On The Perfect Day Out At Conondale 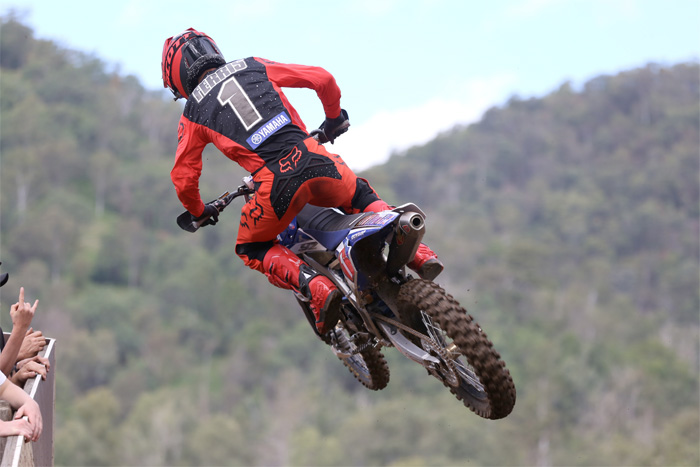 Dean Ferris continued his sensational start to the 2017 MX Nationals with another dominant display at round three of the championship, held at the picturesque Conondale Circuit, on Queensland's Sunshine Coast.

Mounted on his CDR Yamaha YZ450F, Ferris unleashed a near wheel perfect performance to win both MX1 motos contested and increase his lead in the championship to over 30 points.

On a track that the Kyogle resident admits is one of his favourite, Ferris sent out a clear warning shot to his rivals when he unleashed a grass burning lap in the Go Pro Superpole to take the all- important first pick of the gate and the confidence boost that comes with it.

And after the opening lap of race one, it instantly became the Dean Ferris show. He charged his way from third into the lead and let it rip. He slowly but surely moved away from his rivals and 30 minutes later he greeted the finish-line with a nine second gap back to Kirk Gibbs in second place.

With the bike and himself freshened up between motos, Ferris was again ready to do battle for another 30 minutes. This time his opposition didn‰Ûªt get a look in. He took control of the race on the very first lap and set off into the distance.

His lead increased each and every lap, at one point out to nearly 20 seconds until the final laps where he decided to back down a notch and bring it home safely and lock down another race and round win.
After claiming the opening three round wins in succession, Ferris now has a 31-point lead.