Ferris Fast At Teutschenthal While Waters Rebounds From Race 1 Crash 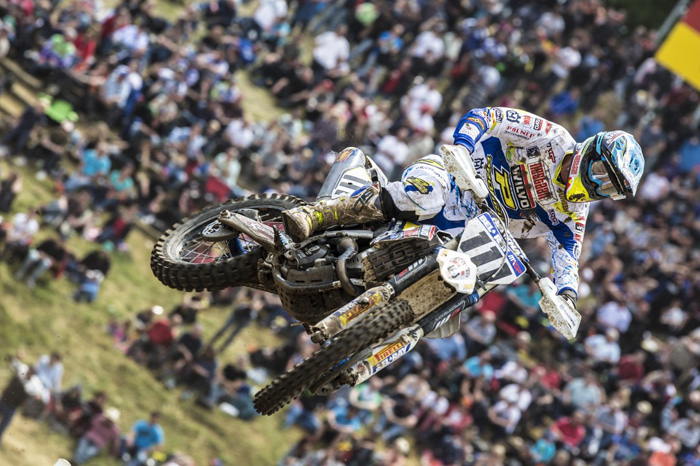 Wilvo Nestaan Husqvarna Factory Racing‰Ûªs Dean Ferris enjoyed a hugely positive GP of Germany as the Australian returned to form following recent illness at the 10th round of the World Motocross Championship.

On a challenging track Ferris showed impressive speed on his Husqvarna FC 350, blasting his way to the holeshot and leading the first MXGP race for three laps. Battling hard Dean eventually dropped to seventh in the opening moto.

Things were even better in the second race as Ferris got a good jump out of the gate and took the lead on lap two. Holding his position at the front of the race he held the lead until lap 14.

Falling back two places he fought hard to hold on to a podium finish, but lost another two places during the last minutes of the race to end up fifth, resulting in him finishing sixth overall for the round.

‰ÛÏConsidering that I wasn‰Ûªt able to race last weekend I‰Ûªm happy with the way things went this weekend." Ferris said. "Of course I wanted to finish on the podium, and gave my all in both motos.

"I got two great starts and lead a lot of laps in the second moto, which was great. I just wasn‰Ûªt able to hold onto the lead during the last few laps.‰Û 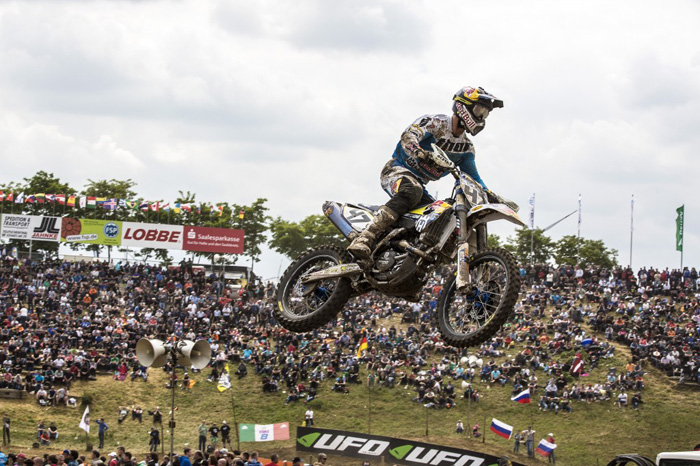 After starting inside the top ten in race one, an early collision with Antonio Cairoli saw him re-join the race in 23rd position. He then struggled to make his way through the pack, ending the race in 16th place. Thankfully Waters faired better in the second moto.

Following a good start he challenged for a podium result during the early stages of the race, ending eighth at the finish.

‰ÛÏIt‰Ûªs been a tough weekend for the team." Waters reflected. "But I have to thank everyone for supporting me.

"It was a mixed one for me. Saturday‰Ûªs qualifying race went pretty good but I had a huge crash in warm-up. I guess I‰Ûªm just pleased to be heading away from the GP of Germany uninjured.

"The first moto was a disaster. I got an ok start, inside the top 10, and got past Cairoli and then in the next corner he put us both on the floor. I was last and just couldn‰Ûªt get through the pack. Moto two was much better ‰ÛÒ I felt like my speed was good and I rode more like I did on qualifying. I got a good start and fought for it.‰Û