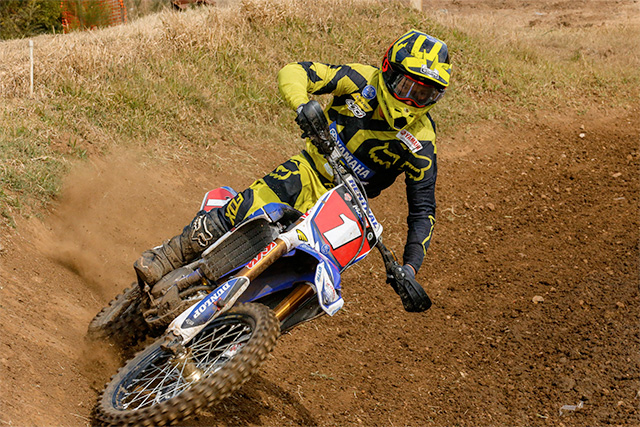 CDR Yamaha‰Ûªs Dean Ferris now has a huge 75 point lead in the premier MX1 championship after another dominant performance at round eight of the Motul MX Nationals, held at Port Macquarie, over the weekend.

75 points, which means he is over a full round ahead of his rivals, means Ferris has the opportunity to lock up the championship at the penultimate round at Toowoomba‰Ûªs Echo Valley, on August 13.

Ferris was again in fine form on the weekend and showed exactly why he has built up such a huge lead over the first eight rounds. It was a clean sweep of every point available at Port Macquarie as Ferris was the fastest qualifier in the Superpole Lap, then went on to win both motos in a wheel perfect day.

With a maximum of 73 points available at each round, a good round at Toowoomba just might be enough to secure the championship win for the second time in a row, but the down to earth Kyogle resident isn‰Ûªt getting ahead of himself.

‰ÛÏThe weekend went really well for me and it‰Ûªs not often that a rider gains maximum points in the MX1 class as the competition is so tough,‰Û 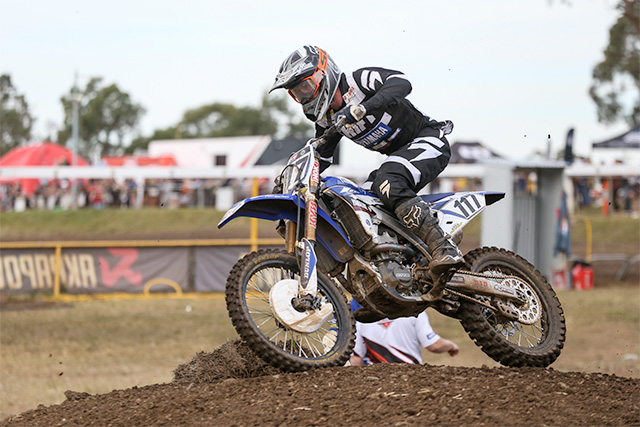 Dylan Long made gains at Port Macquarie. Credit: MXN Images
Ferris' team-mate Dylan Long notched another top 10 result on the weekend and again showed improved speed and fitness on his return from injury. Long landed with 12-7 results but proved to be a lot more competitive than his first two outings since his return.

Long fell early in moto one and lost considerable time before scrambling back to 12th but was determined to improve in race two.

And he did exactly that. Long sat in sixth place until the mid-way point of the 30-minute race before slipping back to seventh. He maintained that position to the end and it was just the confidence boost the talented rider needed.

‰ÛÏYou don‰Ûªt realise how much being sidelined sets you back and I have had to work hard to get my fitness back,‰Û