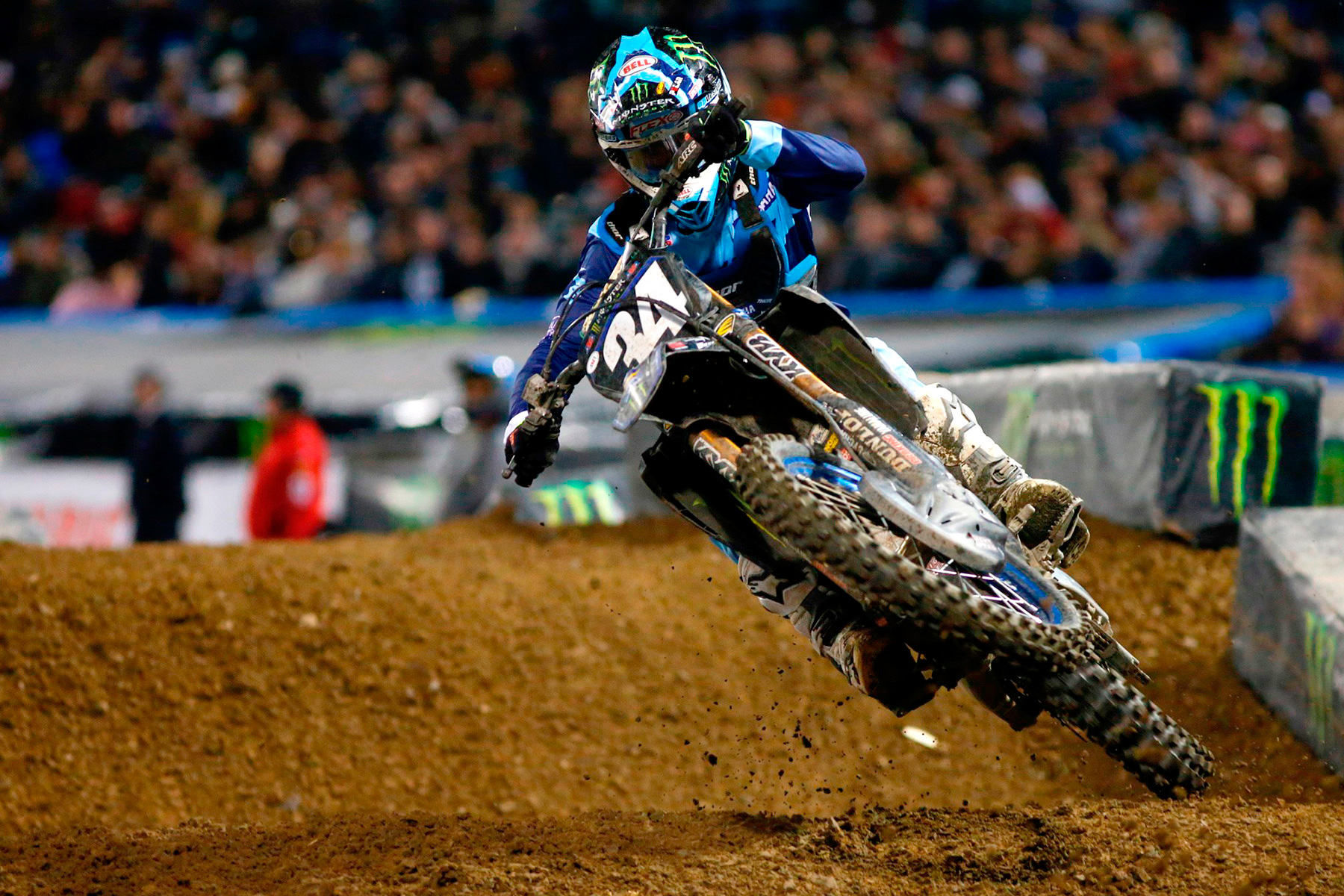 Dylan Ferrandis on his way to second place in Oakland. Photo: Yamaha Racing.
It was another night of tough conditions in the 250 West class, but Dylan Ferrandis and Colt Nichols managed another top performance to bring home another double podium at round four of the Monster Energy AMA Supercross season at Oakland.

Nichols got the Monster Energy Star Yamaha Racing team duo off to a great start with the holeshot, but fell back to second and went on to manage his race on the soft, rutty track in Oakland. Meanwhile Ferrandis had his head down and went charging through the pack to challenge his teammate. He swiftly moved past Nichols, but time ran out to continue his progress for that top step on the podium. The Frenchman‰Ûªs speed was not surprising. He was the fastest qualifier and won his heat, but another poor start meant that he had his work cut out for him to take the win, the final result was another solid second-place finish for Ferrandis, the team and the Yamaha YZ250F. 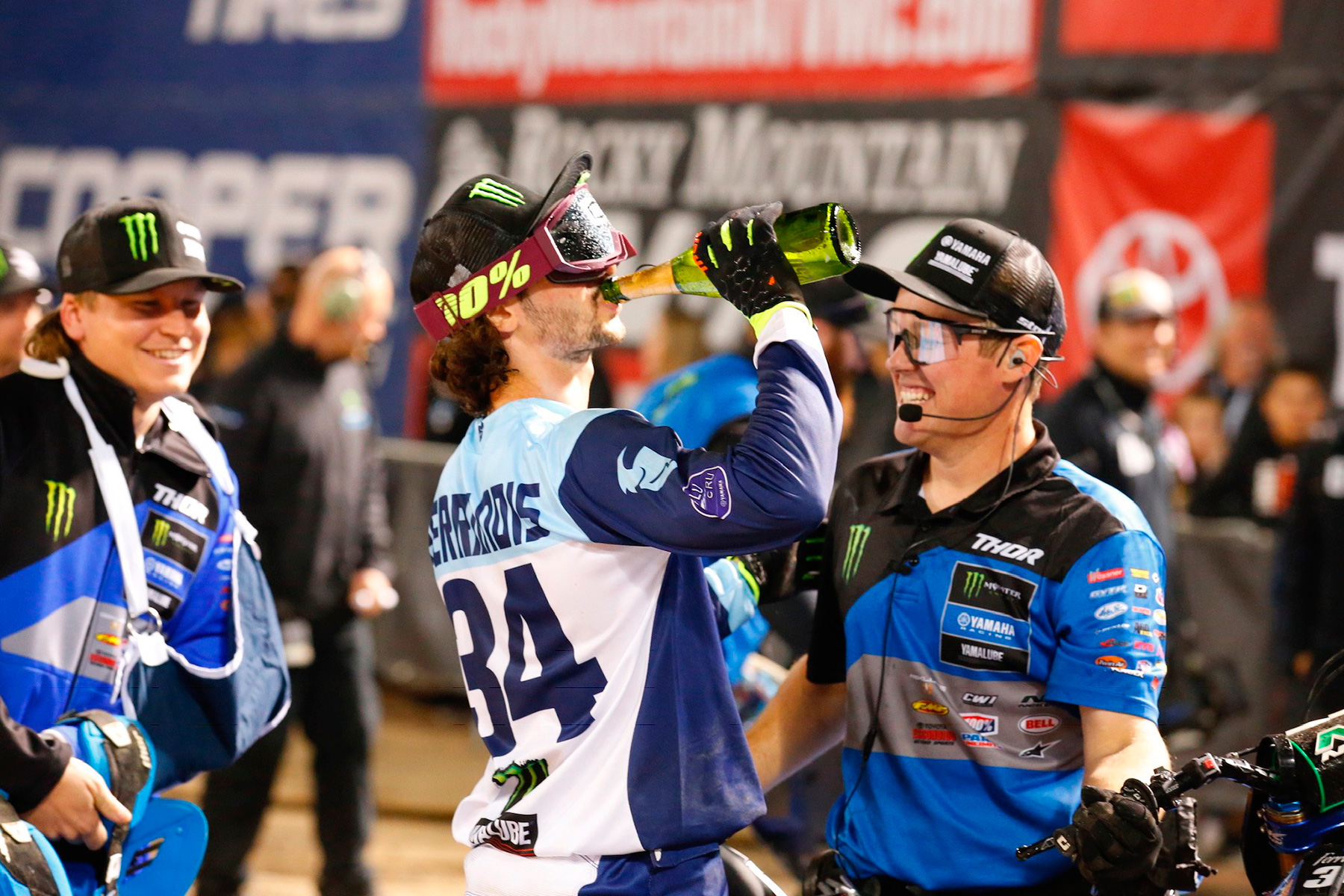 Dylan Ferrandis celebrates another podium finish with his team. Photo: Yamaha Racing.
‰ÛÏThe YZ250F was awesome as always this season," Ferrandis said. "It was also another demanding track this weekend, but I was feeling really good, really comfortable. My speed was great, but for sure with better starts it will be easier to win. I want more than second place, and that has had me frustrated, but I had some issues this week and didn‰Ûªt train a lot. So, I‰Ûªm happy to be on the box here in Oakland.‰Û 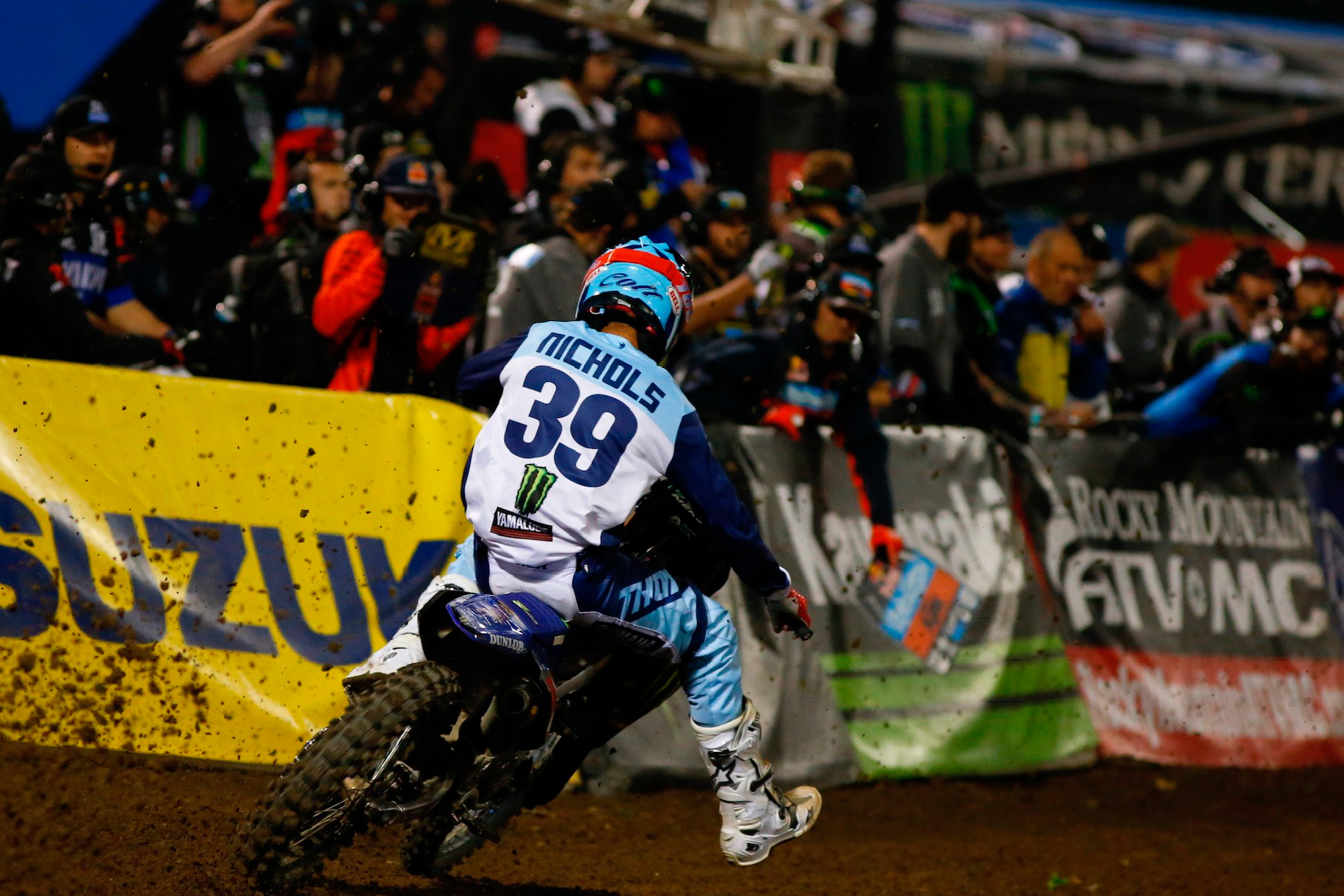 With his second third place in a row Colt Nichols still retains the 250SX West Coast Red Leaders Plate. Photo: Yamaha Racing
Colt Nichols crossed the line behind Ferrandis in third, making it another double podium for the Monster Energy Star Yamaha Racing squad and making him the only rider in the 250SX West Championship who has yet to miss a podium appearance this season. It was an important points haul to give him a three-point lead in the standings. Teammate Ferrandis sits not far behind, just five points back in fourth.

"The track was just really rutty and really demanding," Nichols explained. "The heart rate was really high, so that‰Ûªs what made it tough to do consistent laps. A solid podium though, can‰Ûªt ever complain about that, but of course always want more. Once you‰Ûªve won that‰Ûªs all you want to do, but I‰Ûªll take a third for tonight, that‰Ûªs all I had and move on to the next weekend.‰Û 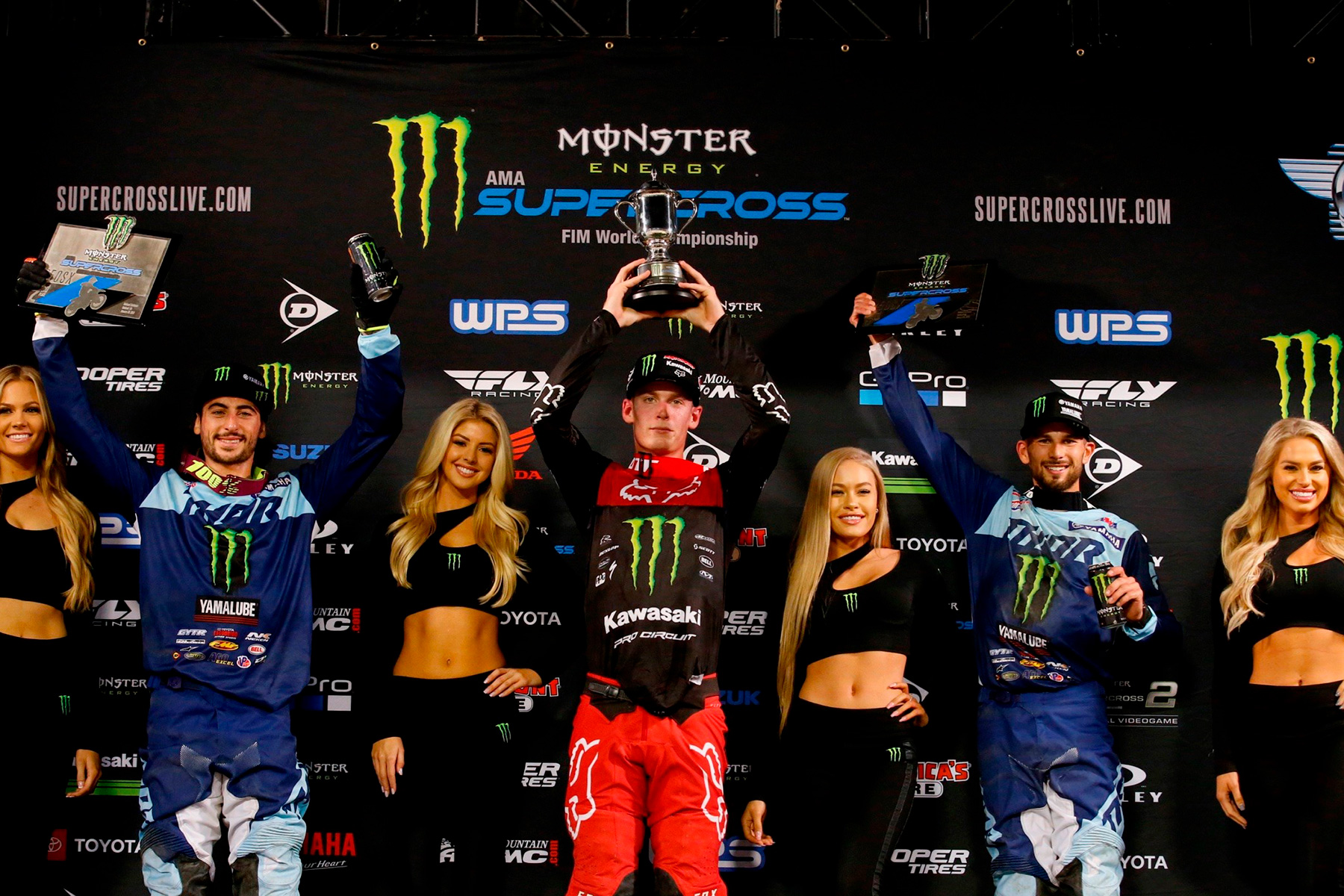 Dylan Ferrandis and Colt Nichols managed another top performance to bring home another double podium at round four of the Monster Energy AMA Supercross season at Oakland.