Febvre and Prado top qualifying at the MXGP of Asia 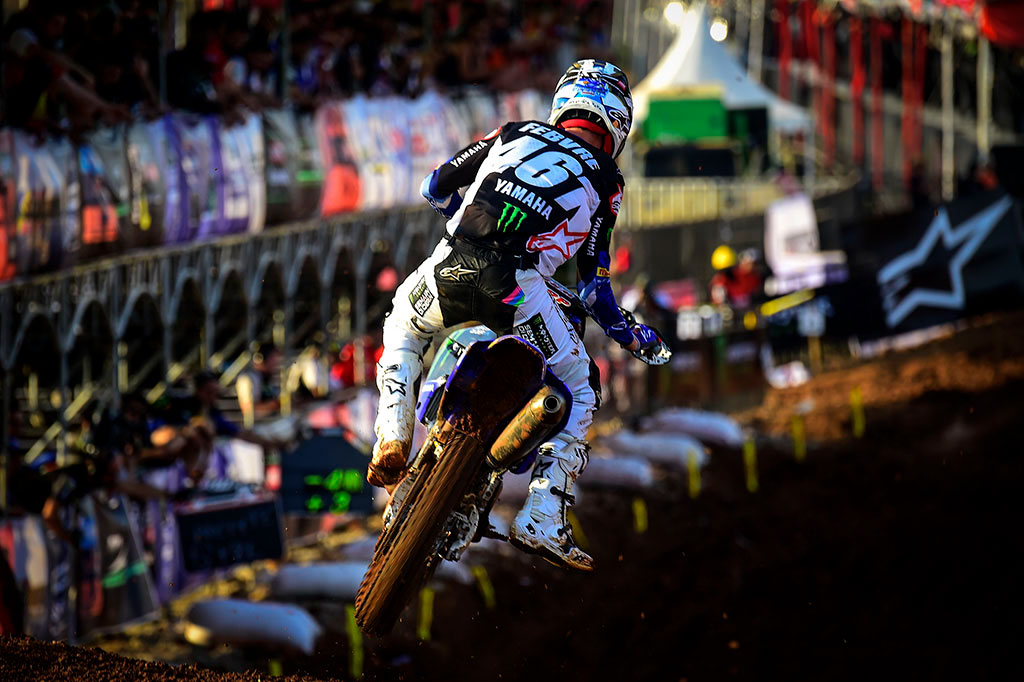 Monster Energy Yamaha Factory rider Roman Febvre was satisfied after claiming pole position for tomorrow's MXGP of Asia.
The 12th round of the FIM Motocross World Championship kicked off today in Semarang, Indonesia, for the second year in a row with Romain Febvre and Jorge Prado taking the pole positions in MXGP and MX2 respectively.

Gajser moved into second place as he went past Febvre and around the same time Ivo Monticelli and Monster Energy Wilvo Yamaha Official MXGP‰Ûªs Arnaud Tonus moved into the top ten, with Team HRC‰Ûªs Brian Bogers and Max Anstie dropping out of the top ten.


Coldenhoff was looking very confident up front, although Gajser slowly started closing in. Two laps in and Gajser was all over Coldenhoff, while Febvre was three seconds back in third place. Gajser made a small mistake in a corner and Febvre was back in second place.

Coldenhoff continued to lead from Febvre and Gajser and after seven laps it was just a second between the Dutchman and the Frenchman for the lead. Febvre eventually passed Coldenhoff three laps to go. 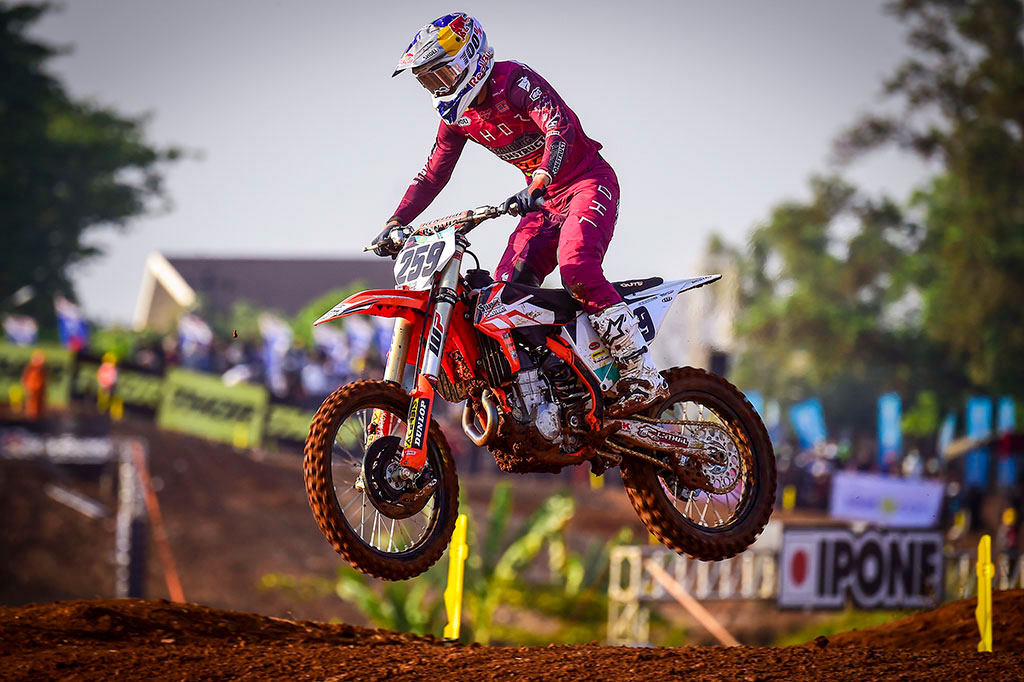 ‰ÛÏI had a good start in first place, and then coming into the first corner I slowed down and Coldenhoff moved around me," Febvre said. "I am satisfied about my riding, I feel good and it wasn‰Ûªt so hot today. I was second and then Gajser passed me after I made a mistake and I got him back when he made a mistake. I felt I could push today, and I made it happen. First pick of gate tomorrow, so I am happy. The track has been slightly changed, I like it, the layout is nice‰Û 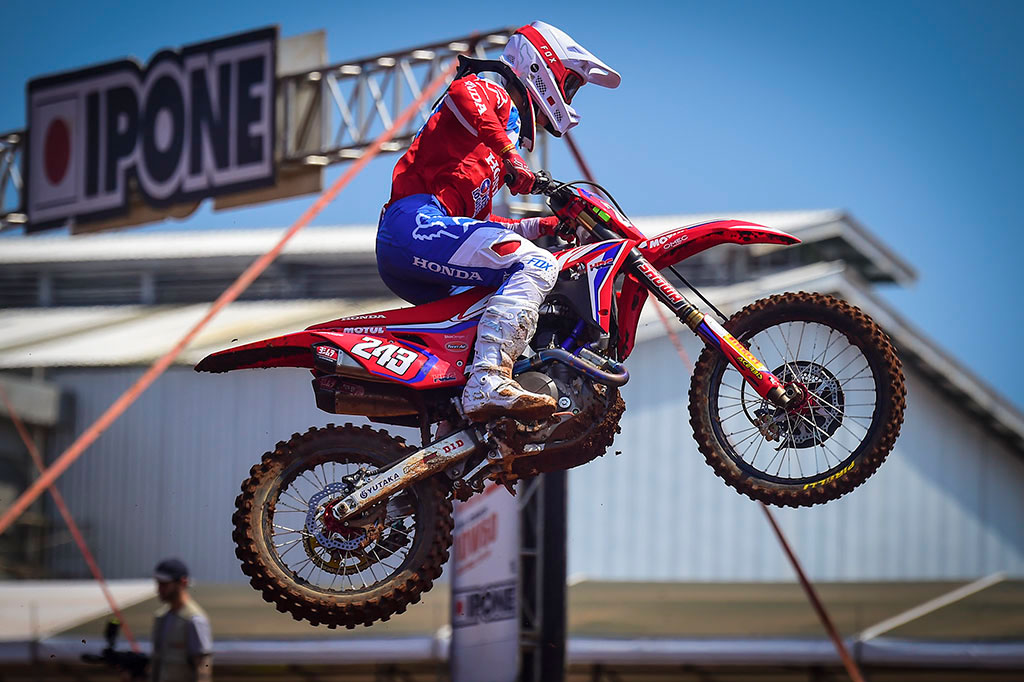 After two laps the lead was less than a second, and Geerts was again putting pressure on Prado as the hard-packed red dirt of the Semarang circuit made conditions challenging for the riders. 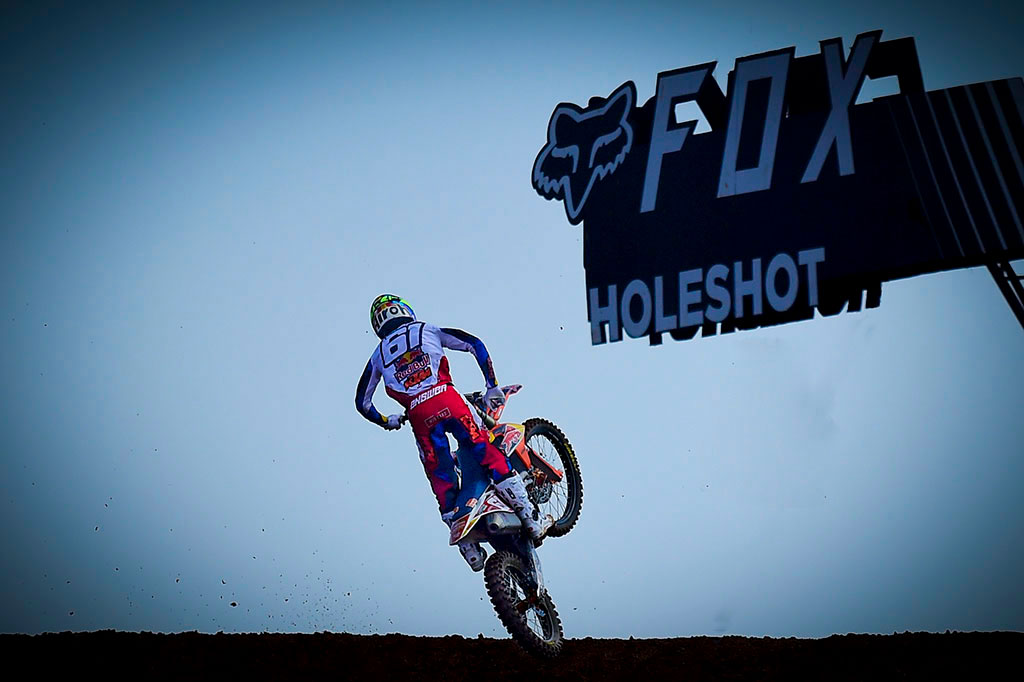 Jorge Prado went on to win his 8th MX2 qualification race with a flag to flag victory.
Olsen moved into fourth place when he passed Renaux and Jacobi and Vlaanderen were swapping paint in seventh and eighth. Soon after Vlaanderen passed Renaux and Boisrame for sixth position.

Prado extended his lead to more than three seconds on lap eight, and then came Geerts, Vialle, Olsen and Renaux. Australian Jed Beaton was riding well to move into the top ten. 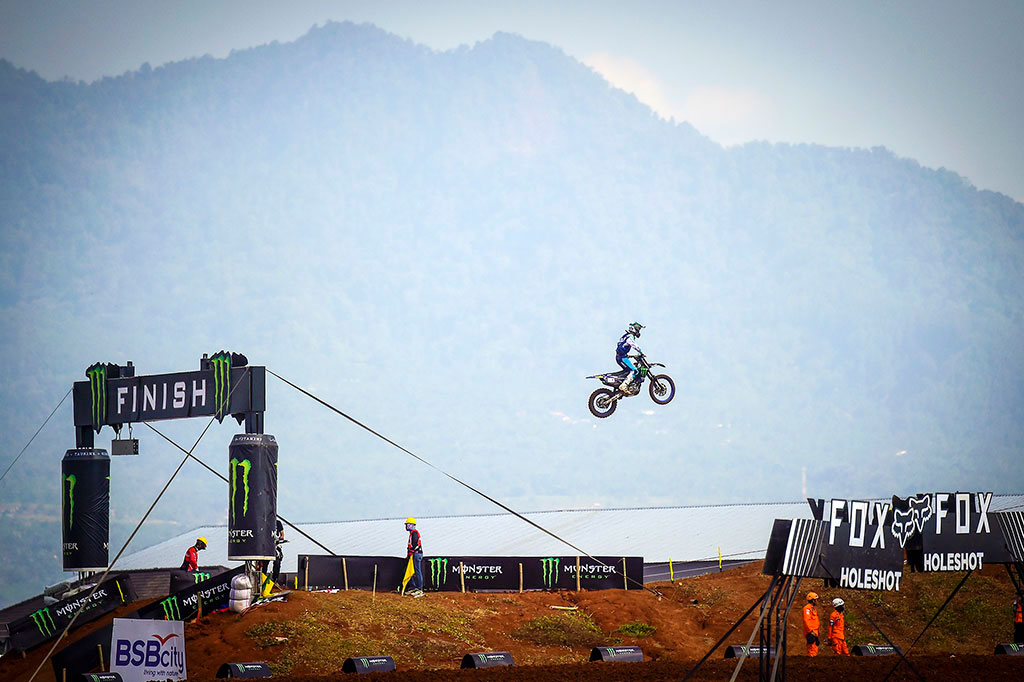 Yamaha's Jago Geerts finished second in the MX2 qualifying race.
Prado went on to win his 8th MX2 qualification race with a flag to flag victory on a warm day. Second was Geerts and third Vialle.

"It was a very good race and I felt comfortable and we will see how it goes tomorrow," Prado said. "The day started well for me. I had a good feeling all day long. I enjoyed the track even if it was a bit rough in the start. The start was actually the key and I led all the way. I was riding very careful today. It was hot, but not like last weekend, also, last weekend the racing was okay, but I feel better on this track, it is fun to ride."

Jed Beaton finished in ninth place while compatriot Mitch Evans will sit out the round to recover from various injuries. 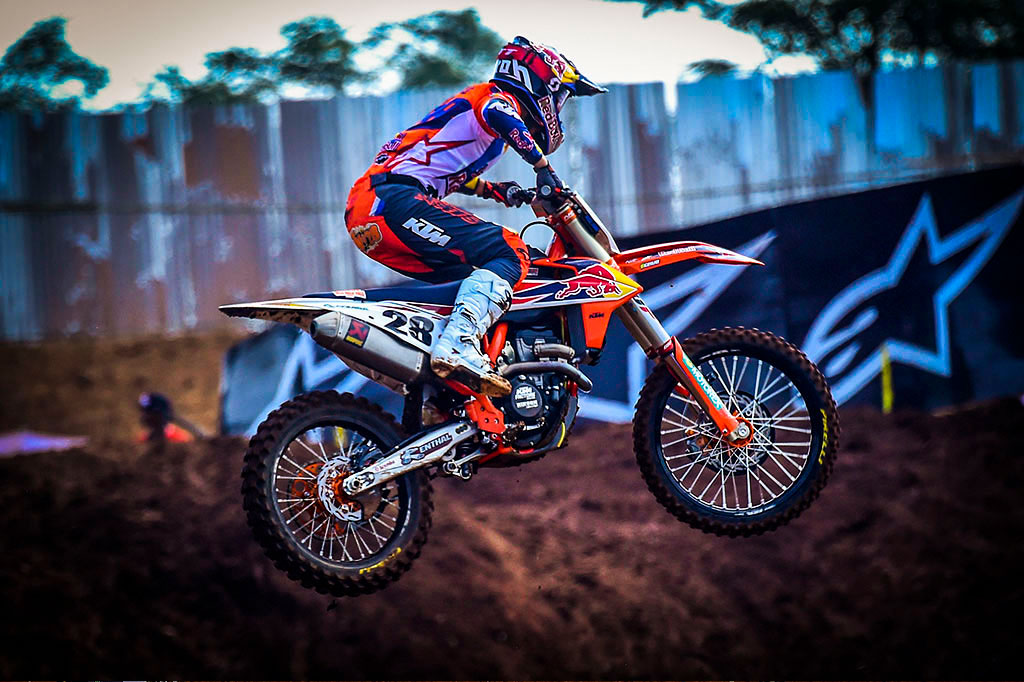