Febvre and Prado qualifying winners at the MXGP of Czech Republic 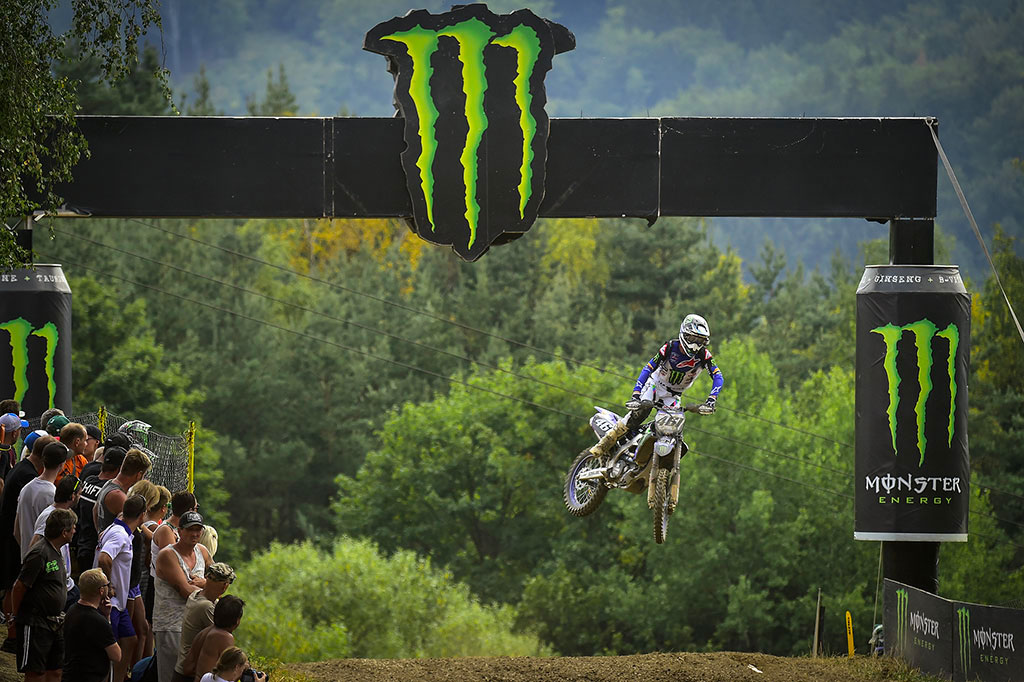 Monster Energy Yamaha Factory MXGP‰Ûªs Romain Febvre
In the shadows of the 12th century Gothic Castle of Loket, the MXGP of Czech Republic had a spectacular start with Romain Febvre and Jorge Prado wrapping up the pole positions in MXGP and MX2 respectively in front of thousands of a passionate motocross crowd.


Seewer and Febvre were really working hard on the insides and outsides until Febvre, who scored the fastest lap of the race, moved into the lead on lap three.

Gajser went down and dropped back to fifth position as he slipped over in a corner, letting Coldenhoff and Tonus past. Febvre had made a gap between himself and Seewer and on lap five held more than three seconds over Seewer, who was six seconds ahead of Coldenhoff.

Febvre continued to extend his lead over Seewer, making it nearly nine seconds on lap nine, and Tonus was all over Coldenhoff for third place, with Gajser fifth. Shaun Simpson, who was back from injury this weekend,moved into 10th place and his fellow countryman Tommy Searle was riding well in seventh spot. 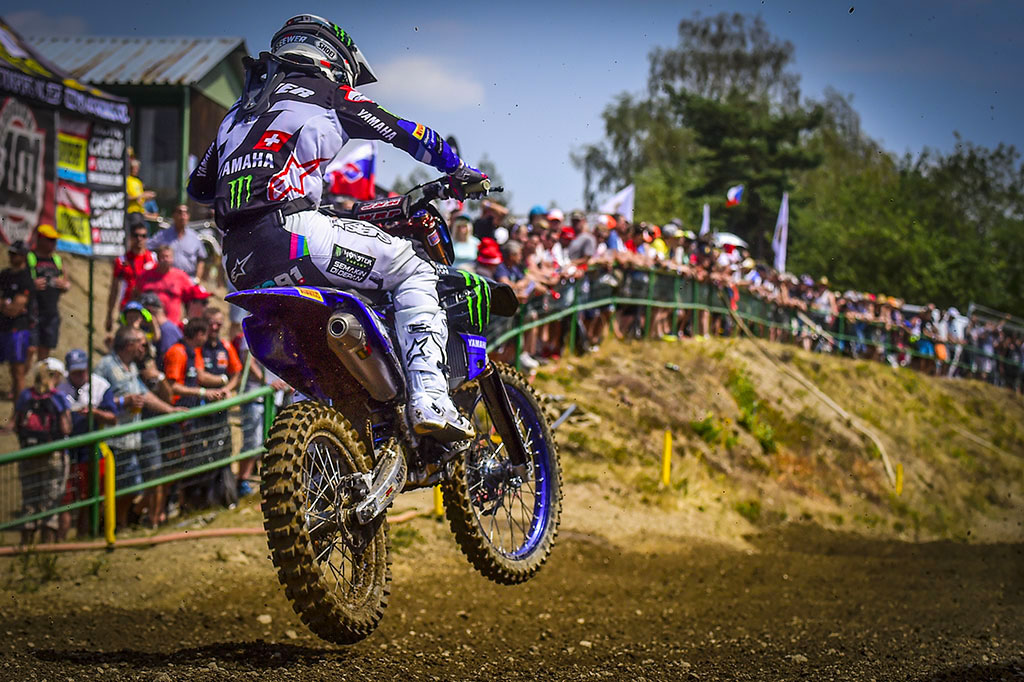 Jeremy Seewer made it a Yamaha 1-2 in the MXGP class.
Coldenhoff started to have trouble as he dropped to eight place late in the race while Gajser passed Tonus at the last lap managing to finish third.

Febvre went on for the win, he rode a smart race to take the lead early and just cruised to a solid victory. Second was the early leader and the other Jeremy Seewer and third was MXGP Championship leader Tim Gajser. 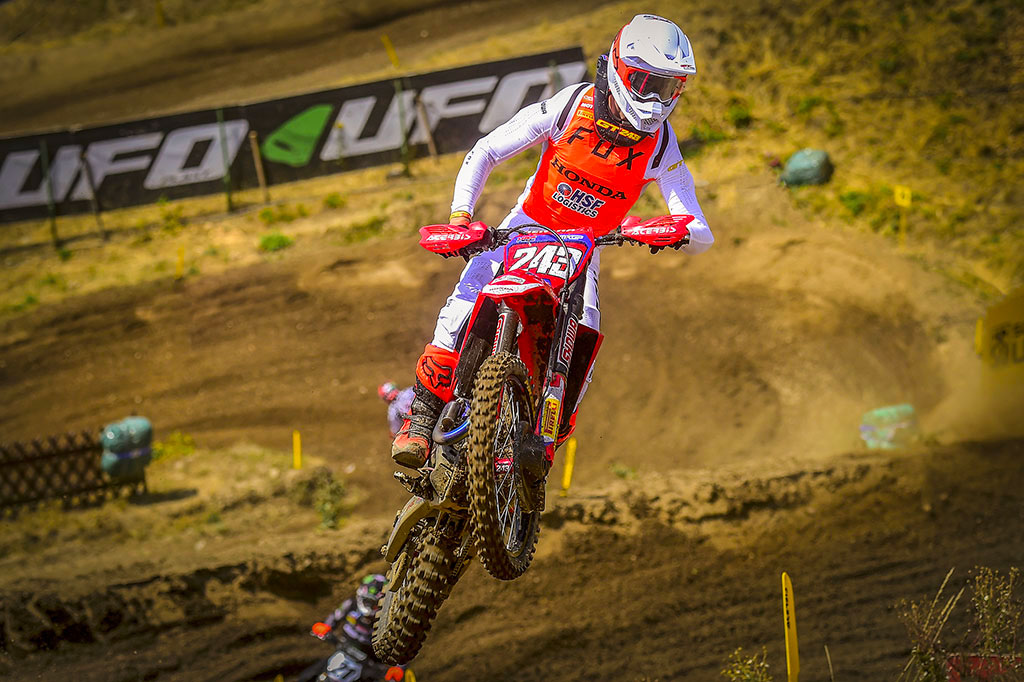 Coming off the back of a seven-round win streak all eyes were on championship leader Tim Gajser, he will start from third for tomorrow's MXGP race.
‰ÛÏI am really happy about today; it was really good," Febvre said. "I had a good pace and also a good start in third. I passed Gajser and then I was pushing my teammate (Seewer), I passed him and made a comfortable gap. Like in Indonesia I won the qualification race, but made a mistake on the Sunday, so now I need to be really focus for tomorrow and not repeat the same mistake.‰Û 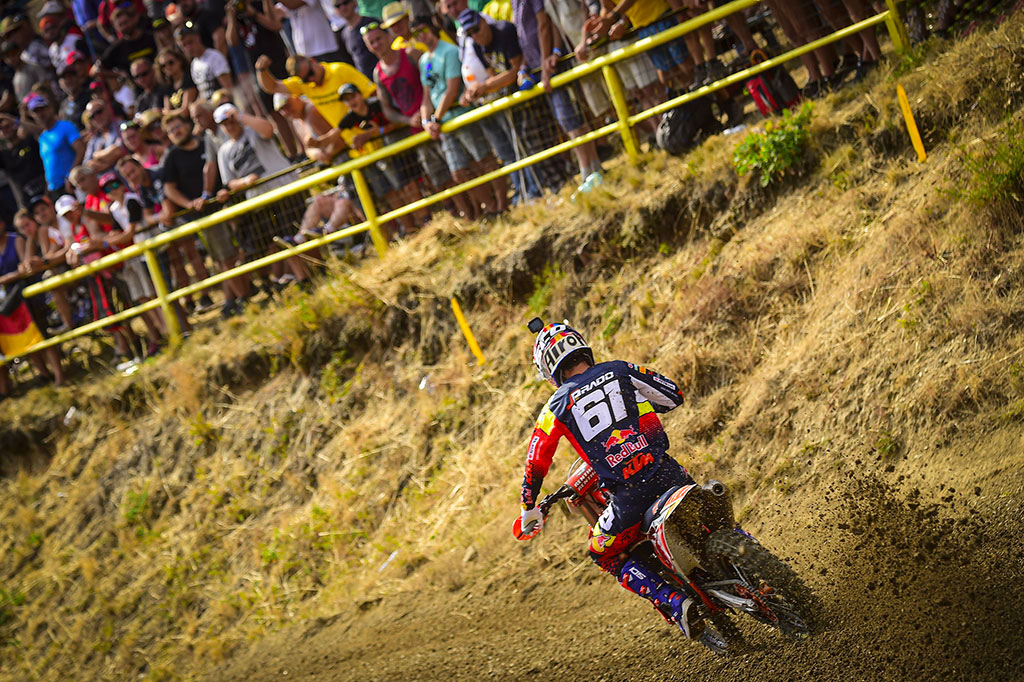 Championship leader Jorge Prado once again lead the field in MX2
When the gate dropped for MX2 Qualifying Race it was Bike It DRT Kawasaki‰Ûªs Darian Sanayei who led the opening lap, F&H Racing Kawasaki‰Ûªs Henry Jacobi was second, while championship leader Jorge Prado was third and Tom Vialle was fourth. Thomas Olsen was down in the first corner as was Monster Energy Kemea Yamaha Official MX2‰Ûªs Jargo Geerts. Before the first lap had ended Prado was into the lead after passing Sanayei.

Jacobi had trouble, slipping and sliding his bike through a corner and nearly collided with Kiwi Dylan Walsh as he got going again. In the meantime Vialle passed Sanayei for second dropping the American to third place and Jacobi dropped to fourth.

Olsen had worked his way into 19th place on lap two, and Walsh was flying as he moved into fourth place. Geerts was also working hard back in 23rd place while Honda 114 Motorsports‰Ûª Mitchell Evans was in 29th spot. 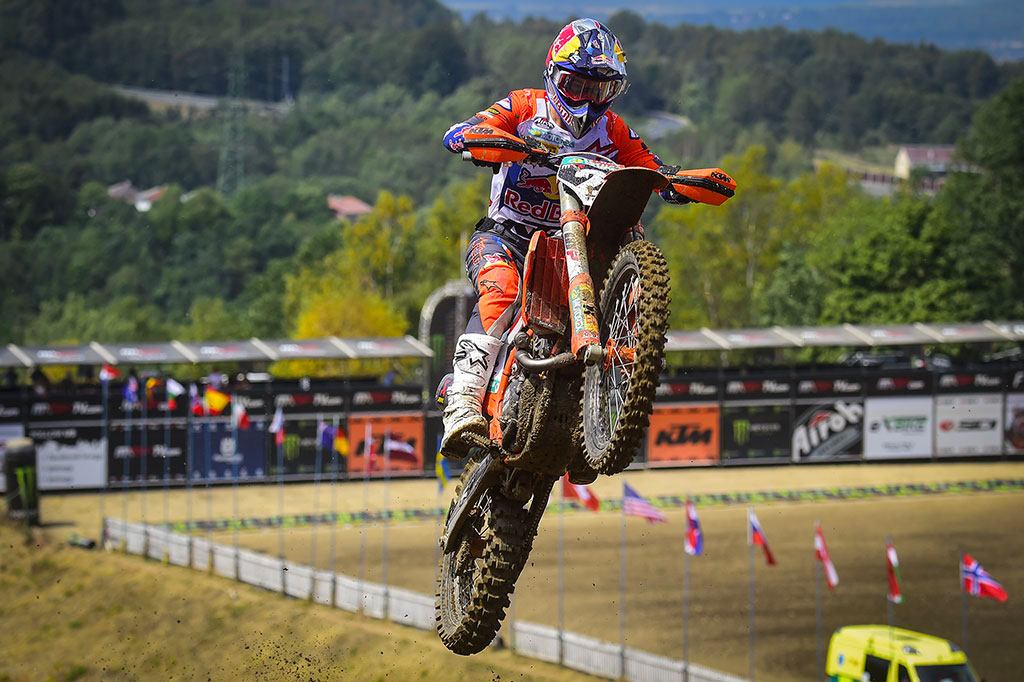 French teenager Tom Vialle was second fastest in MX2
While Prado continued to control the race with a four second lead over Vialle and Jacobi, Walshwas battling hard in fourth just ahead of F&H Racing Kawasaki‰Ûªs Adam Sterry and Team HRC‰Ûªs Calvin Vlaanderen. Sterry made a mistake and Vlaanderen moved into fifth place and was all over Walsh for fourth. The HRC rider came from outside the top ten into fourth place when he passed Walsh showing his confidence on this track.

With a few laps remaining Olsen moved into 10th place and Geerts was 15th. Vlaanderen was all over Jacobi, both trying to get that third-place finish. Sterry moved into sixth place as Sanayei dropped to seventh while BUD Racing Kawasaki‰Ûªs Mitchell Harrison was charging down his countryman in seventh position. Olsen was up to eight place and looked for a way to get past both Harrison and Sanayei. Olsen also got past Harrison and Sanayei to finish in sixth position. Early leader Darian Sanayei finished 10th.

‰ÛÏIt was a good race. I got a good jump but spun a little bit. I started third and got into first quickly. I found a nice flow and I am looking forward for tomorrow," Prado said. 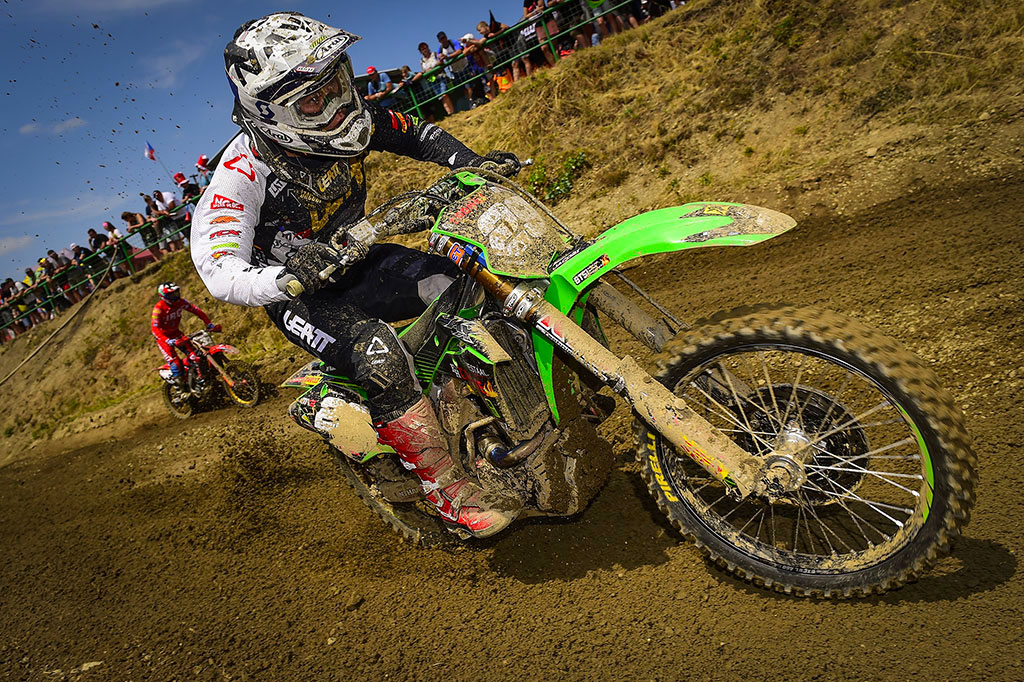