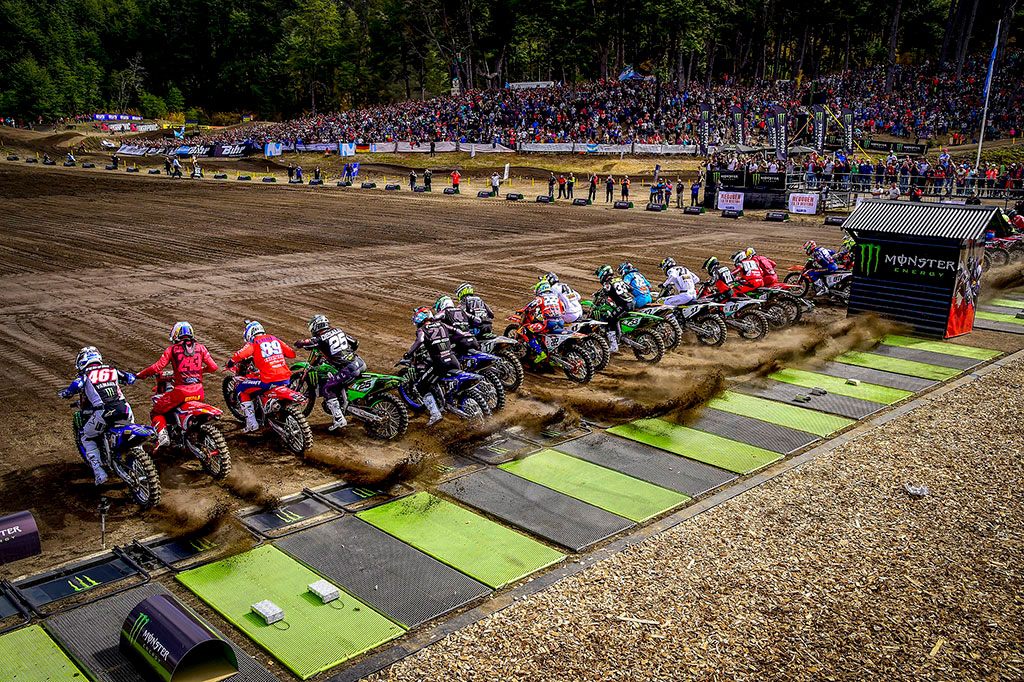 The MXGP Class of 2019 blast into action.
FIM Motocross World Championship has seen its first racing for season 2019 on the Neuquen circuit in Patagonia-Argentina.

The event on track started with the Free Practice sessions as motocross fans poured into the venue to watch the world‰Ûªs best return to racing. From the paddock to the hillsides fans bustled about in anticipation of top notch motocross racing.


As a precursor to the MXGP Qualifying race the two practice sessions took place. In the MXGP Free Practice Team HRC‰Ûªs Tim Gajser took the fastest time just ahead of the quick lap times by Honda rider Jeremy Van Horebeek.

In the second Timed Practice Gajser again edged out Van Horebeek‰Ûªs lap time but Monster Energy Yamaha Factory MXGP‰Ûªs Romain Febvre bested all going 4 tenths of a second faster than the #243. Former multiple World Champion Antonio Cairoli was slightly off the pace coming in 5th during both sessions.

When the time came to line up for the Qualifying Race ebvre was first on the grid with his top time but when the gate dropped, and the field of riders rounded the first turn, he found himself in around fifth. Meanwhile Gajser was in the early lead followed by Monster Energy Kawasaki Racing Team‰Ûªs Julien Lieber. 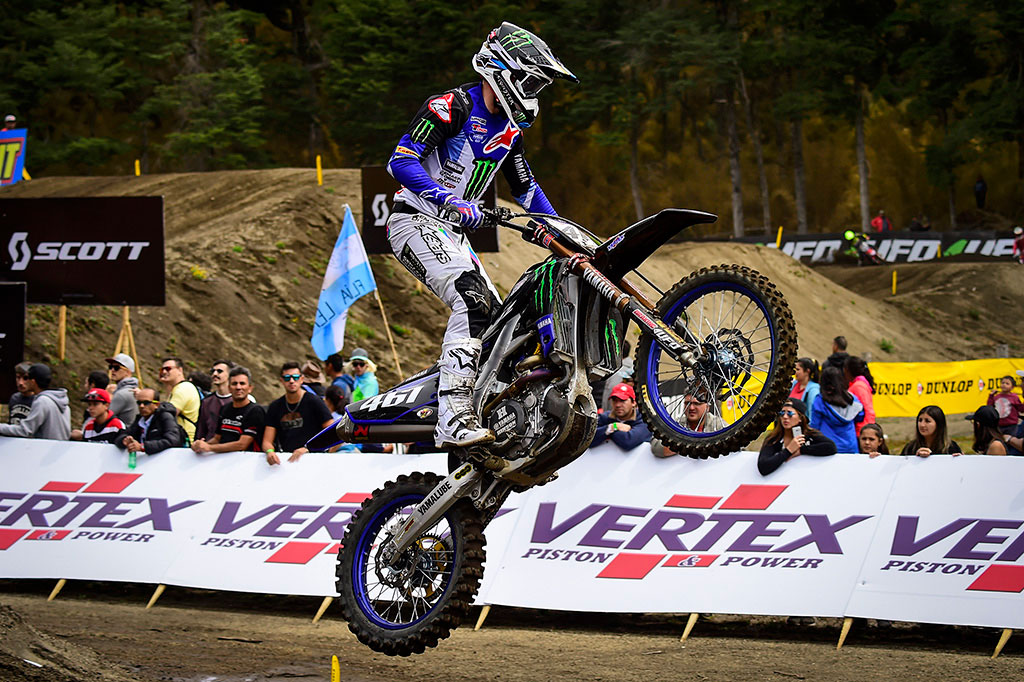 Romain Febvre took the win in the MXGP qualifying race. Photo: Youthstream
By the end of the first official lap Febvre was into third after passing Alessandro Lupino. Further back Cairoli was in 14th and working his way forward but on the 4th lap a mechanical issue forced him to leave the race. On the same lap Febvre took 2nd away from the #33 of Lieber and put in two back to back fastest laps of the race. The quick pace of Febvre then put Gajser under pressure for the lead causing the Slovenian to lose traction and fall. Gajser remounted in 2nd with Lieber still behind but a wild crash on the next lap threw the Honda rider off the bike and back to 8th.

At the finish Febvre took an impressive win considering his last MXGP event was the MXGP of Turkey last season.

‰ÛÏIt is really good to start the season like this," Febvre said. "I am really loose on the bike and I think it shows. We did a lot of hard work with the team to get better starts and finally now we can start in the front. I am really happy about my riding, but tomorrow is another day and I need to stay focused. It is my favorite track on the calendar even though I haven‰Ûªt been on the podium here before but now I will turn things around.‰Û 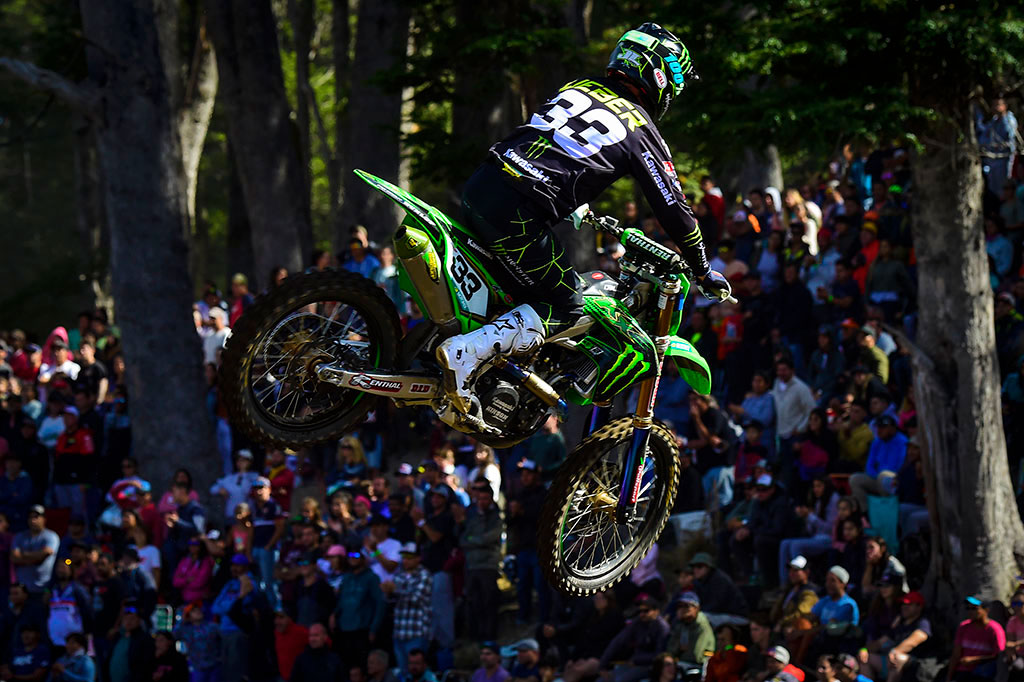 Julien Lieber finished runner-up in MXGP and looks in fine form heading into the first race of the season.
The top five spots where filled out by the three Belgians of Lieber, Van Horebeek, and Clement Desalle, along with the Brit, Max Anstie. Early leader Gajser finished 9th behind the two Monster Energy Wilvo Yamaha Official MXGP riders Gautier Paulin and Arnaud Tonus but just ahead of new Rockstar Energy Husqvarna Factory Racing recruit Arminas Jasikonis.

‰ÛÏI was trying to catch the guys in front and at one point the bike stopped completely and I couldn‰Ûªt get it started again," Cairoli explained. "I am not worried, and I know it is important to get a good start tomorrow but if I‰Ûªm in the top 10 off the start I will be happy and I can attack. I am really fit, I had a really good winter, and I have had a good preparation‰Û_ it is really important to stay healthy and stay safe in these first races. For sure I will attack because I want to win but it is really important to stay consistent all season.‰Û 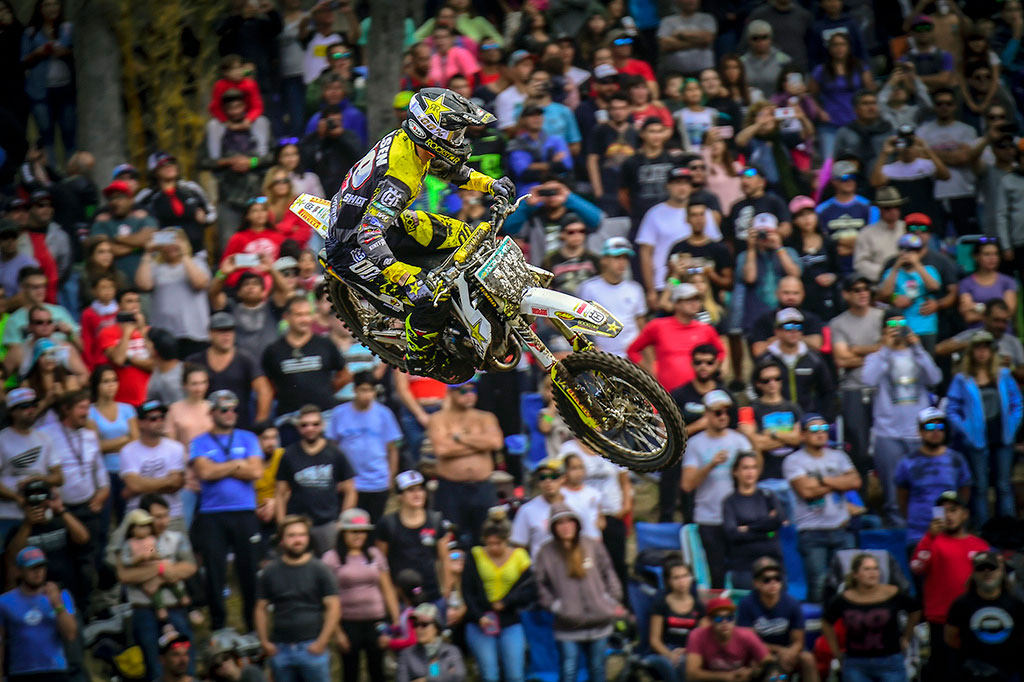 Thomas Kjer Olsen was the first qualifying winner for the MX2 class in 2019.
MX2‰Ûªs qualifying racing was just as exciting if not more so with an epic three-way battle for the win. The early practice sessions were dominated by Thomas Kjer Olsen while reigning MX2 World Champion Jorge Prado had the 5th fastest times in each.

As the qualifying race came to life with the MX2 field barreling into the first corner it was the 2018 Fox Holeshot winner Jorge Prado leading. Prado was chased by his new Red Bull KTM Factory Racing teammate Tom Vialle and F&H Racing Team‰Ûªs Henry Jacobi.


Olsen was quickly into 5th place where he pushed Alvin Ostlund for 4th. After getting by Ostlund, Olsen had Jacobi in his sights. Jacobi took over second position from Vialle who fell and then dropped to 8th between Monster Energy Kemea Yamaha Official MX2‰Ûªs Jago Geerts and Ben Watson. Watson then took 7th from Vialle and then started to battle with Geerts before taking his 6th spot as well. 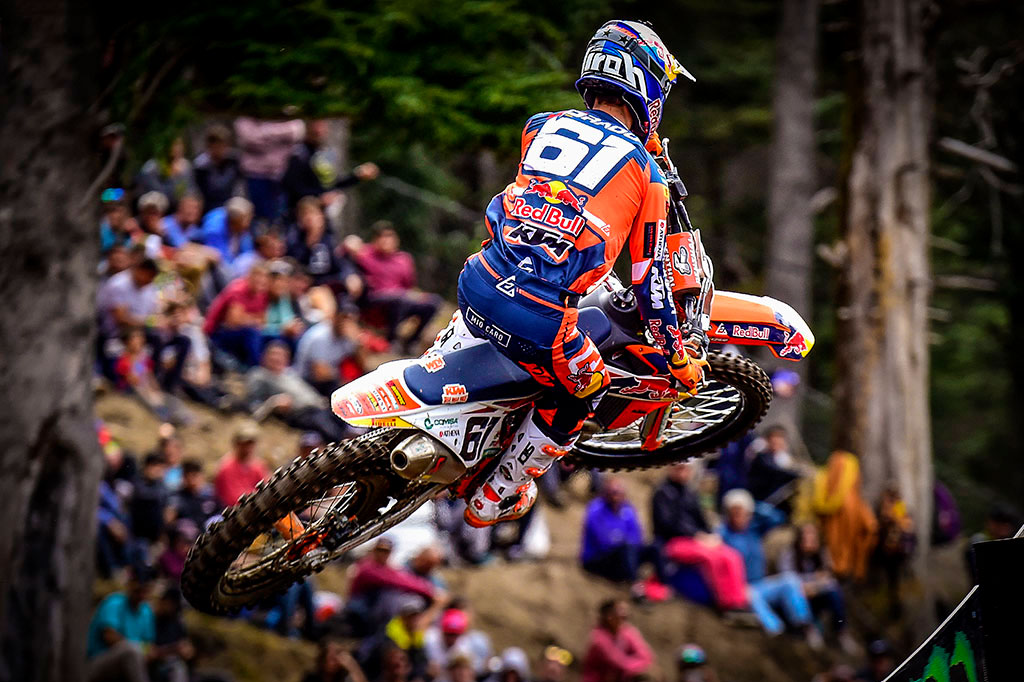 MX2 World Champion Jorge Prado finished second.
Back at the front Jacobi closed in on Prado and made a move to the inside of the final corner setting the pair up for a drag race after the finish and alongside pit lane. Jacobi took the lead, but Prado reclaimed it and in less than half a lap later Jacobi dove back into first.

The entire time Olsen had a front row seat just behind the two leaders and took advantage with a quick pass on Prado. The Dane continued his charge and got Jacobi with three laps to go. Prado was still in the hunt however and took Jacobi wide on the final lap to finish second.

With Olsen taking the win his perfect day continued and he will have first gate pick in both of tomorrow‰Ûªs championship races. Behind Prado and Jacobi it was Ben Watson and Team HRC‰Ûªs Calvin Vlaanderen 4th and 5th while the early frontrunner, Tom Vialle finished 11th.

‰ÛÏI felt really good on the bike all day this is the first time I have been first in everything even though it is only on a Saturday but it still feels good and gives me confidence for tomorrow,‰Û 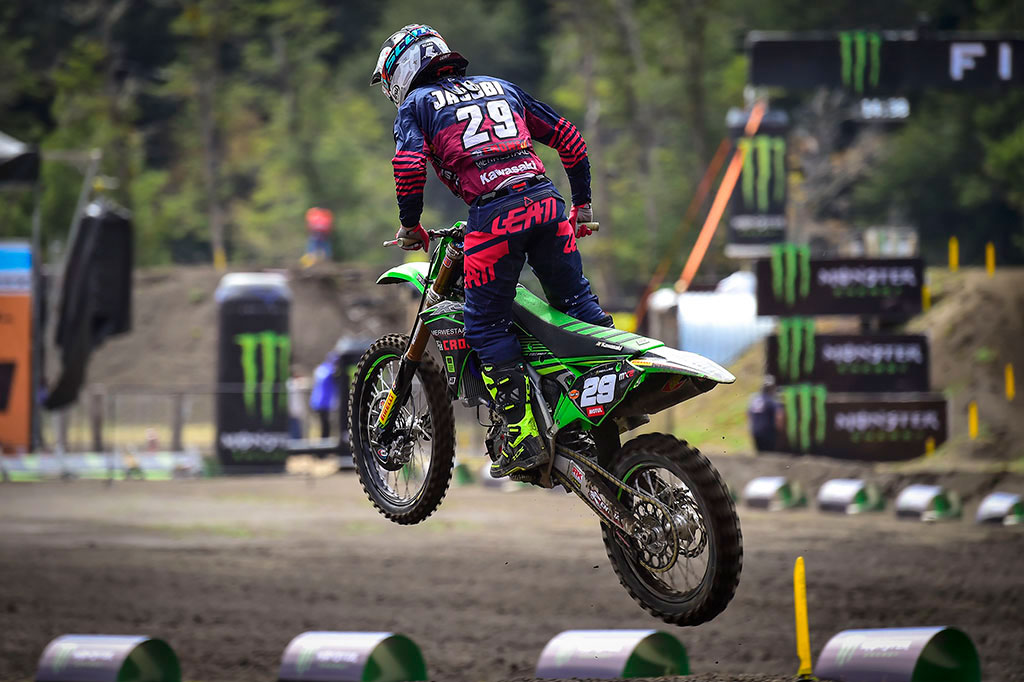