Data released today by the Federal Chamber of Automotive Industries (FCAI) revealed 62,973 motorcycles, ATVs and scooters were sold during the first nine months of 2019, compared with 68,460 for the same period in 2018.

This represents an 8.0 per cent decline for the market, with all market categories except scooters affected by the downturn.

Honda was the overall leader with a 23.1 per cent share of the national market, followed by Yamaha with 21 per cent and Kawasaki with 10.6 per cent. Across the industry segments, Scooters defied the market trend, with a 14.5 per cent climb in sales during the first three quarters. Honda held a 39.9 per cent share, followed by Vespa with 14.8 per cent and Piaggio with 14.2 per cent in the segment.

Tony Weber, chief executive of the FCAI, commented on the third quarter sales figures. ‰ÛÏThe slower sales rate experienced by the new motorcycle market is in line with the broader economic environment in Australia.

‰ÛÏWe have seen many factors, including multiple weather events, Federal and State elections, and tightened lending practices contribute to the overall economic conditions,‰Û 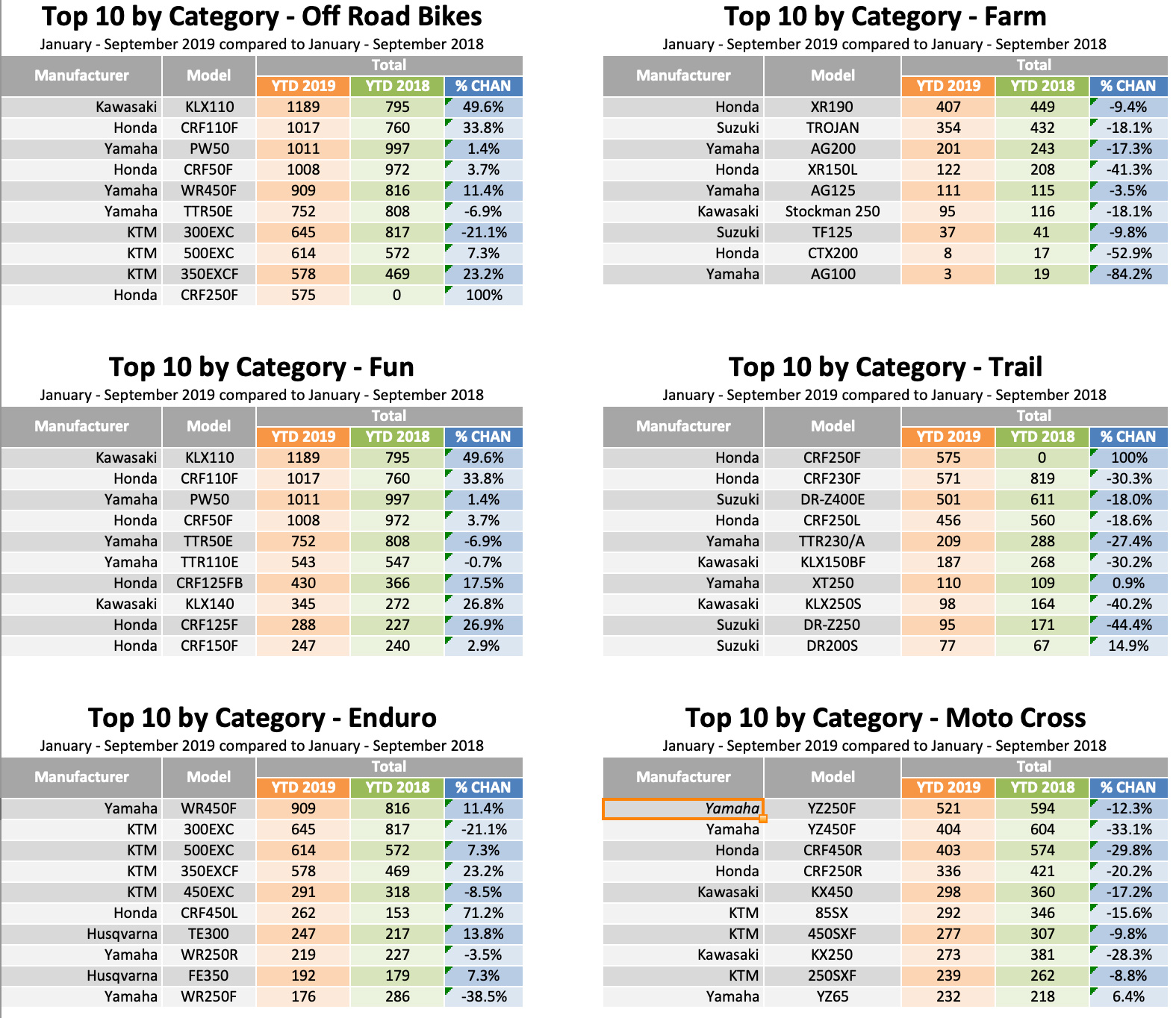 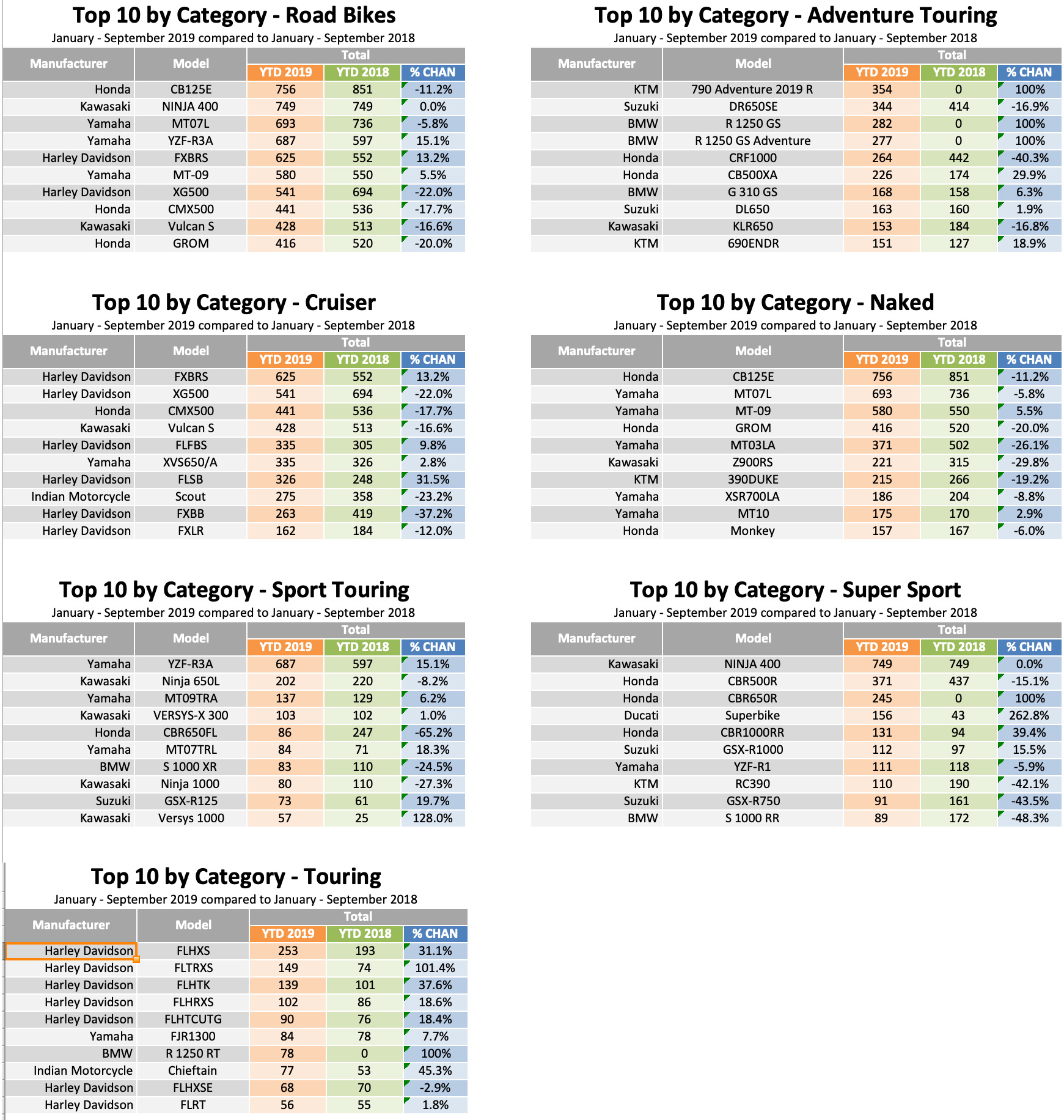 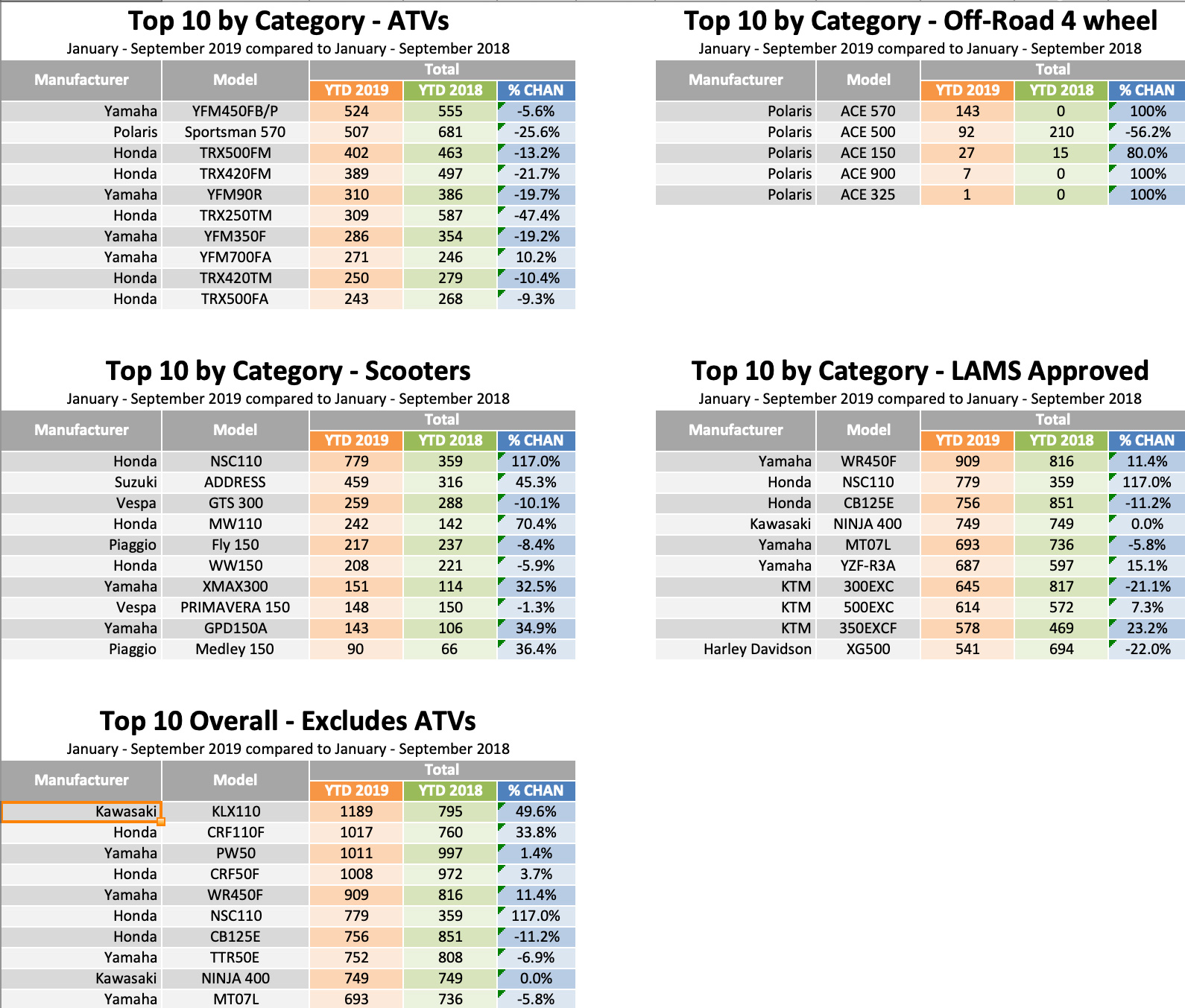