Fast Starts and Improved Form For Ferris and Waters In Spain 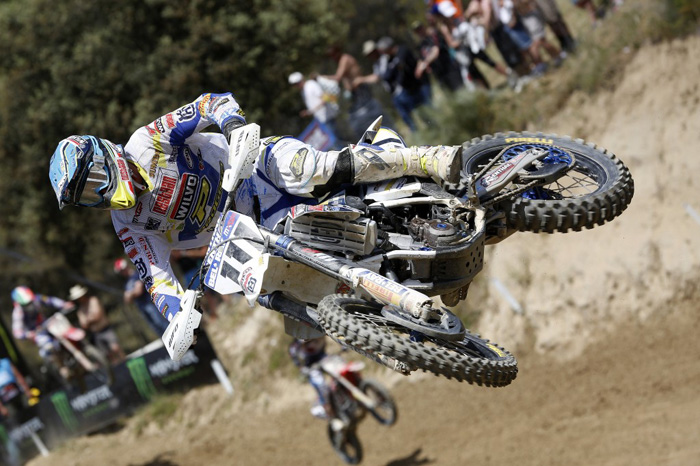 Australian riders Dean Ferris and Todd Waters both spent time at the pointy end of the field at the sixth round of the World Motocross Championship held in Spain on Sunday firing their Factory Husqvarna's out of the gate in the opening moto to run with the lead pack.

For Wilvo Nestaan Husqvarna Factory Racing‰Ûªs Ferris showed improvement in his pace at round six as he continues to work back to form following his 2014 season ending leg injury.

The Husqvarna FC350 rider claimed a top three start in MXGP race one and ran up the front of the field until he was hindered by arm pump, and fighting his way through to a 14th place race finish.

Ferris was again showing strong form in race two as he battle for a position inside the top ten, before a crash saw him drop back to 18th. Regrouping, he improved his pace in the latter stages to climb back up to 14th.

"I got a great start in race one and held third early on." Ferris reflected. "But I think I sort of tensed up a bit and my arms turned to lead. I could barely hang on with arm pump.

"I was a bit gutted because I‰Ûªd finally got the start I needed.

"Fourteenth and 16th aren‰Ûªt the results I want but now that I‰Ûªve got my starts figured out hopefully I can begin racing at the sharper end of the field.‰Û 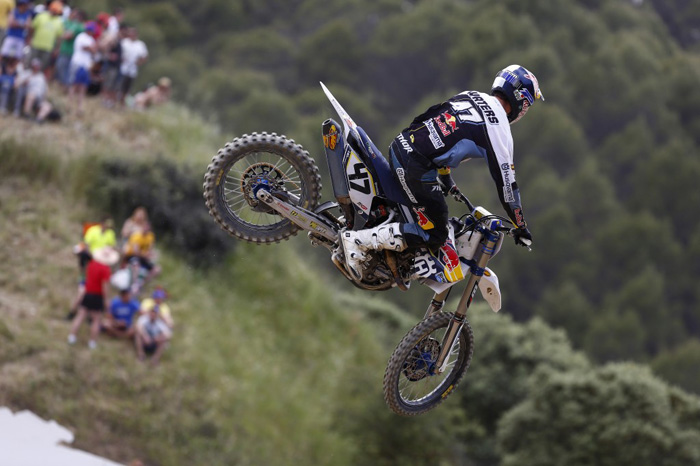 Todd Waters recorded another top ten moto result in Spain, before a early race crash ruined moto two - Credit: J.P Acevedo
Red Bull IceOne Husqvarna Factory Racing‰Ûªs Waters it was a bit of an up and down day.

Ending the opening lap of race one in fourth, the Australian claimed a top ten result with ninth.

Hopes of a repeat result in race two were dashed when he crashed at the start and broke his clutch lever.

‰ÛÏRace two put a dampener on what should have been a better day." Waters commented. "I rode well in race one after getting a great start. The pace was hot and heavy up front but I gave it my all and placed ninth.

"It went a bit pear shaped in race two when I crashed at the start and broke my clutch lever.

"I got going again but it was hard on those hills with no clutch. It cost me a much better result.‰Û