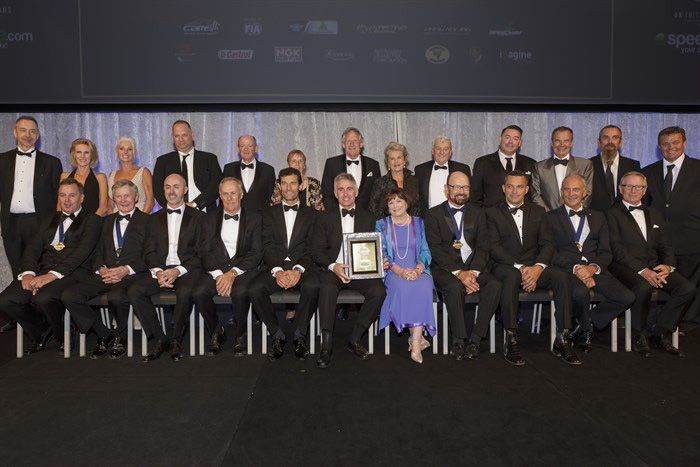 Credit: Speedcafe
The Australian Motor Sport Hall of Fame presented by Speedcafe.com was a star-studded ceremony that saw many of Australia‰Ûªs most famous motorsport names inducted.

Motorcycle racing saw several of its most influential trailblazers honoured at the prestigious night of nights.

Mick Doohan
The highlight of the night was the mighty Mick Doohan being bestowed ‰Û÷legend‰Ûª status. Doohan won five consecutive 500cc World titles in the 90‰Ûªs, sitting behind only Giacomo Agostini and Valentino Rossi in premier class title wins.

The Queenslander won all his championships under trying circumstances after badly injuring himself at the 1992 Dutch TT. Doohan nearly lost his leg and life after a terrible crash. He managed to overcome the challenge and went on to dominate the championship from 1994 to 1998.

Jeremy Burgess
A man that was integral to the success of Australian 500cc World Champions, Wayne Gardner and Mick Doohan was Jeremy Burgess.

Gardner became the first Australian to win the 500cc World Championship in 1987 with Burgess as crew chief, and the South Australian held the same role for Doohan‰Ûªs run of five consecutive championships until 1998.

Burgess would go on the become crew chief for Valentino Rossi, as he won seven premier class titles.

Mat Mladin
It was a fitting tribute to the great Mat Mladin as he was inducted into the hall of fame. Mladin won an incredible 7 AMA Superbike Championships, a feat that has never been matched since.

Mladin has won a title in the Australian Superbike Championship and competed in the 500cc World Championship.

Ken Kavanagh
As the first Australian to win a Grand Prix motorcycle race, it was fantastic to see Ken Kavanagh inducted. Kavanagh had raced for a number of different makes including Norton, Moto Guzzi, and Ducati for a total of five wins and 24 podiums.

Aub Lawson
Aubrey "Aub" Lawson from New South Wales was an Australian international speedway rider who featured in ten World Championship finals. After a significant amount of success racing in the U.K, Lawson then returned to Australia where he continued racing in Sydney, winning his then record 5th NSW Championship in 1963, adding to those he had won in 1948, 1950, 1953 and 1954.

Frank Arthur
A famous motorcycle rider and speedway promoter. Arthur won the first Star Riders' Championship, the forerunner of the Speedway World Championship, in 1929. He promoted speedway in the United States, and he was also involved in the business side of the sport in Australia.

Gary Flood
A Motocross and Speedway superstar. Flood found success competing in the UK in Speedway before returning home for an impressive tally of eight national motocross titles.