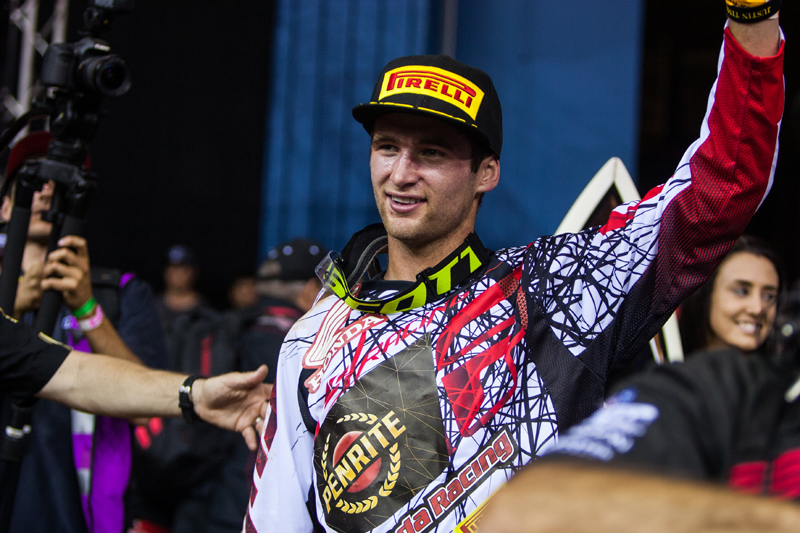 Faith, who finished second at the final round of the series at Brisbane Entertainment Centre on Saturday night, clinching the title by 23 points ahead of Taylor Potter.

The American rider boasts an impressive record in Australia. Since first coming out in 2011 Faith has finished within the top two of the SX2 championship each year.

Confirming he will return to Penrite Honda in 2015, Faith praised the team for an incredible supercross season.

‰ÛÏI‰Ûªm super-pumped to wrap it up for Penrite Honda and for all the fans who came out tonight,‰Û 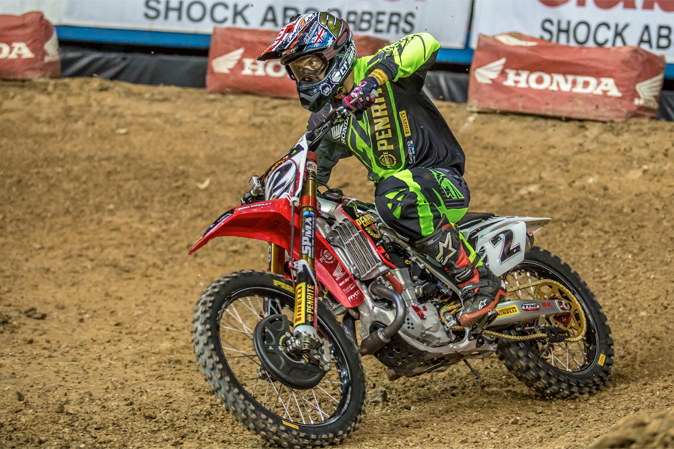 Jay Marmont has announced that he has officially retired from full time racing after the Brisbane event - Credit: Marc Jones Photography
The Penrite Honda Team also said a racing farewell to stalwart Jay Marmont on the weekend.

The eight-time Australian Champion didn‰Ûªt bow out the way he had hoped but said he thoroughly enjoyed his time with the team and acknowledged he would not be leaving the sport all together.