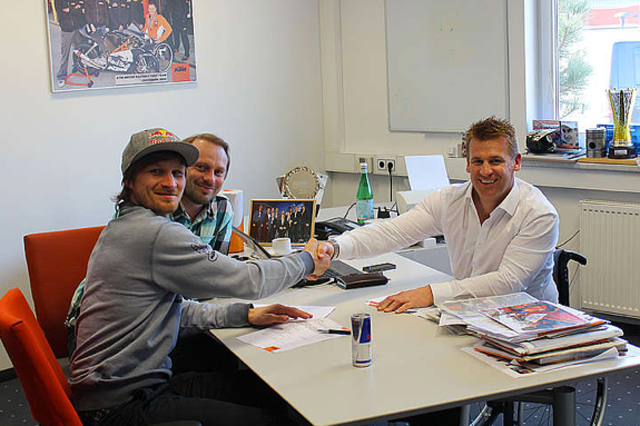 Taddy Blazusiak, a rider who has had spectacular success, particularly in Extreme Enduro, SuperEnduro and Endurocross will continue under contract with the KTM Factory Team for the seasons 2015 and 2016.

30 year old Blazusiak, burst onto the scene in 2006 at the notoriously difficult Erzberg Rodeo, when after winning the prologue, he was offered a borrowed KTM bike to race the grueling Red Bull Hare Scramble. He won the event, his first of five, and was rewarded with a place on the KTM Factory Extreme Enduro team.

Blazusiak then turned his attention to what was the beginning of the vibrant discipline of indoor enduro and has gone on to be the dominant rider in both Europe and the USA. He has now won five consecutive SuperEnduro World Championships and another five AMA EnduroCross Championships. He is also now the rider that everyone wants to beat. Taddy rides a KTM 250 EXC-F

Pit Beirer, Head of KTM Motorsports said he was delighted that Blazusiak is staying with the factory team.

‰ÛÏWe‰Ûªve had already enjoyed eight great years with Taddy and I‰Ûªm very pleased that he is staying with us as a valued member of the KTM Racing family." Beirer stated. "Taddy is a real professional and with his thrilling riding style and will to win, he has been a key figure in the emergence of EnduroCross in the US and SuperEnduro in Europe.

"We look forward to sharing even more success with him in the coming seasons," he added. 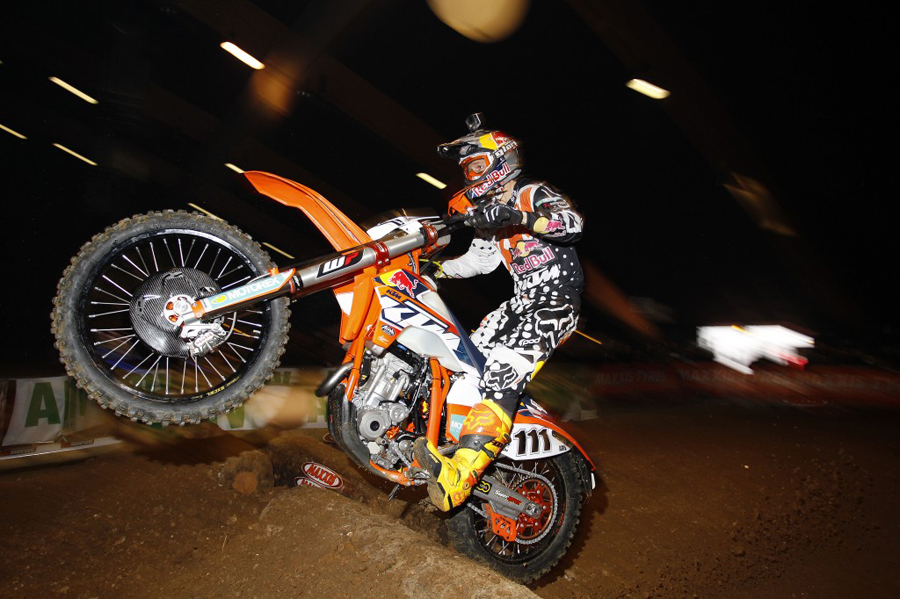 Taddy Blazusiak is the current king of Endurocross in both AMA competition and on the World Stage - Credit: KTM Images
Having secured his fifth SuperEnduro world title in Tours, France at the end of February, Taddy is now preparing for the AMA EnduroCross, which kicks off in Las Vegas on May 2 and finishes in Ontario, CA on November 22.

EnduroCross and SuperEnduro are on a popularity roll and the sport is also now being practised in other countries. Both major international competitions continue to expand in terms of calendar events and rider and crowd support.

‰ÛÏI already had a contract with KTM through to the end of 2014, but I‰Ûªm super pumped and really happy to extend this for another two years."Blazusiak enthused. "I have a great bike and a great team and I am really looking forward to winning some more titles.

"We are about to start testing ahead of the EnduroCross season and I‰Ûªm looking forward to another great year.‰Û