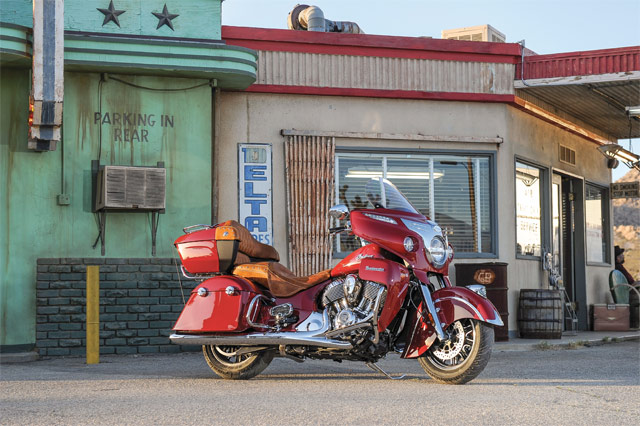 Reflecting the expanding global interest in all-things classic, collectable and historic in motorcycles, Motorclassica 2014 has attracted its biggest two-wheeled entry yet for this year's event at Melbourne's Royal Exhibition Building on 24-26 October.

Contemporary manufacturers Triumph, Indian, BMW, MV Augusta and Benelli will display their latest wares and draw on their storied past, to engage with Motorclassica's informed and engaged audience.

Increasingly, Motorclassica is also a mecca for contemporary automotive and motorcycle manufacturers to display current models whilst connecting with the heritage of their brands.

"There's no question that interest in rare and collectible motorcycles has increased markedly in recent years and the entry in Motorclassica 2014 reflects that, but equally we are delighted to be able to welcome so many current manufacturers to the show this year," Event Director Paul Mathers said.

Off the back of their success last year, Triumph and Benelli are back, and they've been joined by Indian, BMW and MV Augusta, each one drawing on their history to connect with a contemporary audience.

Iconic American motorcycling brand, Indian, will debut at Motorclassica with the reveal of a brand-new model to Australia, the Roadmaster tourer.

The Roadmaster sets a new benchmark for premium touring motorcycles with qualities that recall the original bike from the 1940s combined with the latest in luxury and safety appointments.

Another feature of the Indian stand will be its Chief models in the 2015 two-tone paint schemes, another iconic flashback to the 1940s.

Another exhibitor, Urban Moto Imports, will also be revealing the world's most advanced Superbike, the Bimota B33 at Motorclassica.

The bespoke Italian will be joined on the Urban Moto Imports stand by the legendary Bonneville Salt Flats speed demon Confederate X132 Hellcat, Buell Racing 1190RX and Benelli TNT 1130R, among others.

Motorclassica will also host at least 40 significant motorcycles, which will compete in the event's Concours d'Elegance, while contemporary, classic collectible and customised bikes will all be available for purchase from a record attendance of retailers such as Classic Style, Boxer & Bevel and Parkline Motors.

Even bicycle fans will be well catered for with the launch of the 1950s retro-styled Oto Cycles, direct from Barcelona, accompanied by a special display of veteran Singer cycles.

Additional information on the 2014 Motorclassica, to be held at Melbourne's Royal Exhibition Building from October 24-26, is available at www.motorclassica.com.au