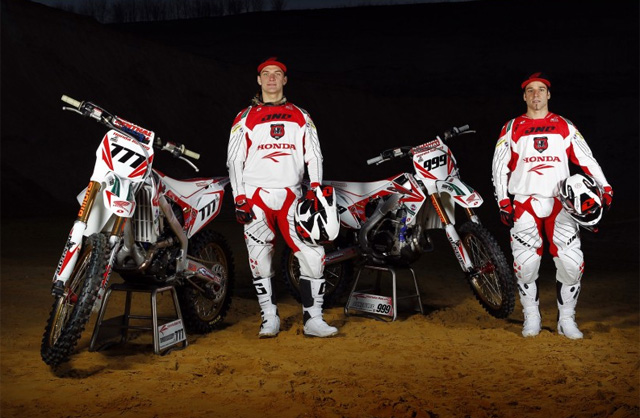 The Honda World Motocross Team is looking forward to returning to the fray this weekend in Valkenswaard, The Netherlands for round one of the 2012 FIM World MX1 Championship with riders Evgeny Bobryshev and Rui GonÌ¤alves both returning to the team.

After finishing last year's MX1 Championship with Bobryshev fourth in the World and GonÌ¤alves sixth, both riders have endured an intense pre-season schedule of testing, training and racing to prepare for the forthcoming Grand Prix series with high goals. 2012 sees the two riders line up for with full factory backing from Honda who will use the series to develop their new CRF 450R.

Bobryshev has enjoyed some dominating performances in the Dutch national championship over the last few weeks, with GonÌ¤alves also taking some podium finishes against some of the Grand Prix regulars, which is positive ahead of the season start. Both riders have spent many hours testing not only with the team, but with the Japanese staff from Honda's R&D department, as well as the technical experts involved with the project, especially from Dunlop and Showa.

Bobryshev is looking forward to getting back on the World circuit after a successful preseason and is keen to see where he is at when the action gets underway this weekend.

"I'm really looking forward to the first Grand Prix this weekend." said Bobryshev. "I can't wait to get on the track to see where we are at with everything, and I'm feeling really good."

It's been a long time preparing over the winter with training and practicing, so to get out in a couple of days and do some racing, which is what I really enjoy, is going to be great." he added.

"Everyone has made such a good job over the winter with the team; I can't thank each and every person involved for all of their hard work. I'm just doing some final preparations and we'll be ready for action." the Moscow born rider concluded. 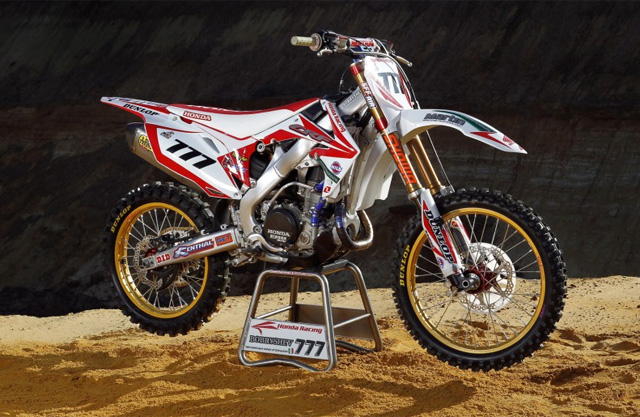 Bobryshev's new CRF450 will make its debut at Valkenswaard
After finishing fifth at the same event last year in Valkenswaard, GonÌ¤alves will look for similar success coming from a strong pre season in the Dutch championships.

"Everything has been good so far in the lead up to this weekend." said GonÌ¤alves. "We did four rounds of the Dutch championship, and it's good to have done this to get ready for the first GP and use it as a test to get to grips with the bike."

We've done a lot of good work in practice to get the job done and this week I've been practicing just for our final steps before Valkenswaard. I feel at the moment everything is good and I'm enjoying riding the CRF 450R, but there's a lot of rounds in the series, so we will go race by race, do our best every weekend and have fun on the bike." he continued

"It's been a pleasure to work with the team and with the Japanese staff from Honda's R&D department with the development of the bike in the pre-season; it's been quite special to be in the team with so much effort being put into the GP's by Honda now and I'm proud to be part of this, so I'm working every day with the aim of getting the results." GonÌ¤alves concluded.