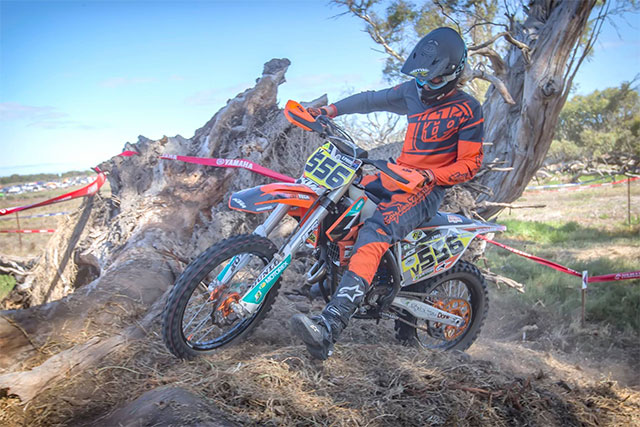 An inspiring young 17-year-old, Evan Philo has had to face some of life‰Ûªs biggest challenges over the past few months, with the sudden passing of his dad who was also his race partner. But with a new found determination Philo will now compete in this year‰Ûªs 2016 Tatts Finke Desert race this weekend in loving memory of his father.

With his fathers passing being rather sudden at the beginning of the year, Philo has still been competing in the 2016 Yamaha Australian Off-Road Championship, previously an activity he participated in with his dad. However, it has all been in training to fulfill his dad‰Ûªs life-long goal of placing in the top 100 in the Finke Desert race.

We caught up with Evan, eager to share his story with the world, about how things have changed over the last few months and how it's been going racing without his dad.

‰ÛÏIt has been pretty emotional! It hadn‰Ûªt crossed my mind leading up to competing in the AORC that I would feel emotional, or that it would affect me, but as soon as I got to my first round something clicked and it was hard,‰Û