European Junior Cup Fires Up For Another Season 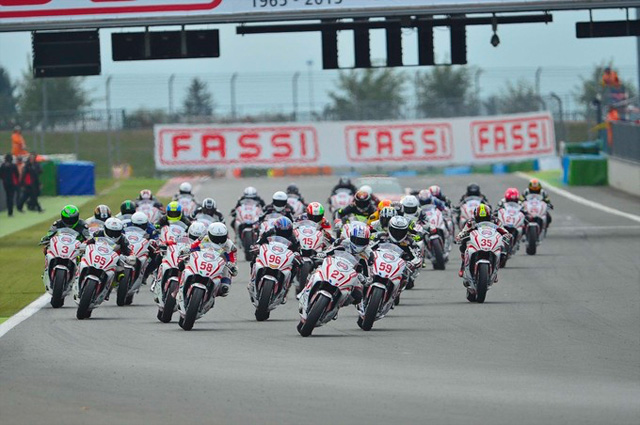 The European Junior Cup, powered by Honda, the entry-level series supporting the FIM World Superbike Championship, has announced that registration is now open for participation in 2016, its sixth season of competition.

This year saw the successful introduction of the new Honda CBR650F as the official control motorcycle and, while the level of motorcycle performance increased, the EJC stayed true to its ethos of affordable racing on equal terms, with close-fought competition and thrilling finishes throughout the season.

Spaniard Javier Orellana finally claimed the EJC title at his home round of Jerez and now looks forward to a promotion within the SBK championship.

We have had a fantastic 2015 season and we‰Ûªre really pleased with the performance of both the riders and the new series motorcycle."Gerry Bryce ‰ÛÒ series director said. "The response to the Honda CBR650F has been fantastic and with the kind support of Honda, Dorna SBK, Pirelli and our other partners we look forward to building on this success to make 2016 the best year yet.