Eugene Laverty: This season I want to be consistently finishing in the points 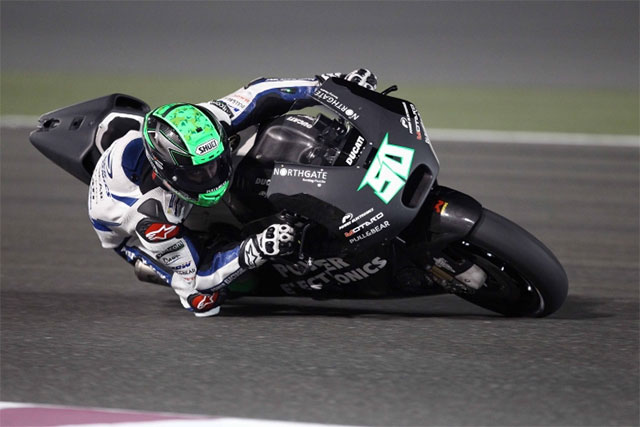 It has been anything but an ideal preseason for the Irishman, whose preparations have been hindered by a series of crashes and unfortunate injuries. Thankfully, however, the last test at Losail went to plan and Laverty was finally able to make his new Ducati his own.

In his own words the Italian bike is easier to handle than the one he rode last year and Eugene is looking forward to the first Grand Prix of 2016 as he looks to launch a consistent season of points-scoring finishes. 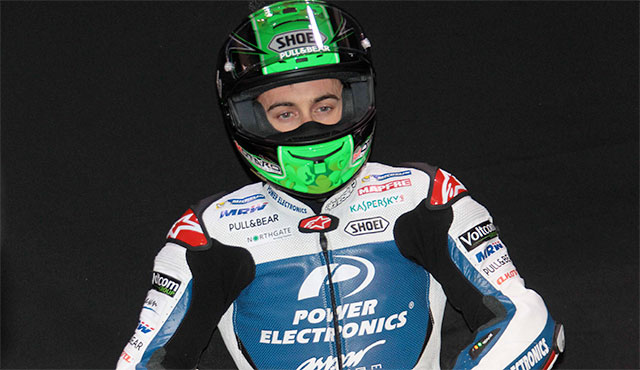 Eugene Laverty
Preseason is over, what are your conclusions from the nine days of testing?

Well, first of all I have to say I would like it to have been nine days! I didn't have the best preseason with injuries, it was difficult, but the best test was the last one in Qatar. I was able to regain confidence there and finally by the last day I felt like I was riding like myself again.

Do you feel ready for the first GP of the season?

It's difficult to say. I finally feel comfortable on the bike but now we are starting to change things to improve our performance. I need to be one second faster, that's clear because that is what the bike is capable of so I think it is fair to say that we are not quite ready but we are getting there and we're starting to understand what I need from the bike.

How is your hand?

Both hands are good. Obviously I injured the left one at Jerez in November, the right one at Sepang, but everything is coming good now. Also my right shoulder felt good in Qatar because even at Phillip Island I was having problems, having broken it at Jerez. In terms of the injuries I am coming back to fitness more or less in time for the new season.

What result would make you happy on Sunday night in Qatar?

We need points, I'm not sure how many exactly because Qatar could still be early for us, I need a few more days on the bike to raise my performance. I would like to be chasing the top twelve in Qatar but at the second round in Argentina I hope we are fighting for the top ten. 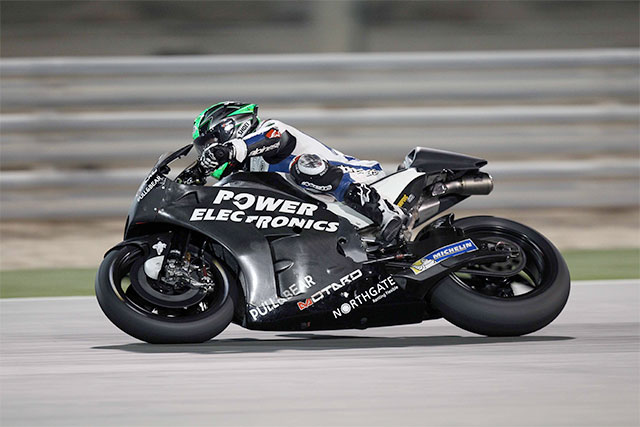 Eugene Laverty
What do you think are the strong points of your Ducati?

The Ducati is much more rider-friendly. It is much less physical to ride than the Honda from last year, which was so physically demanding. This bike is easier to ride and also the engine is smoother so it is more predictable. I am enjoying riding this bike, I feel like I don't have to fight it quite so much and it works with the rider instead of against him.

Which areas of the Ducati do you feel you can improve?

The main area that I am having problems with compared to the other riders is in turning. That is the point where the lap time will come from so this has to be our focus. Like I said before on the last day in Qatar we started to understand exactly what we need to change in order to help me make the bike turn better. We have improved in braking, also in the exit, but for sure if we can make the bike turn a little bit better then the lap time will improve a lot.

After what you have seen during preseason, who in your opinion are the favourites to be battling for the title this year?

It looks like Jorge Lorenzo is the favourite. Really I think with the switch to Michelin tyres, they seem made for his style, whereas in the past maybe the Bridgestone tyres really suited the way that Marc Marquez rides. I think the rest of us need to learn from Jorge because his riding style is very efficient on this tyre.

Looking ahead to the whole 2016 season, what is your main objective?

We have a few battles that we need to win. There are two private Ducati teams in Aspar and Avintia, so there are three other guys on the same machinery as me and naturally I want to fight with them and beat them. That is the first goal. Then afterwards we want some strong results. Last year I didn't finish inside the top ten so this year I want to finish several times inside the top ten and after that who knows? Right now it is difficult to say what the best result could be but I want to be consistently scoring good points.

This year the regulations have changed and there are many things making the situation more equal for the riders, such as the fuel, software and tyre restrictions. What do you think about the new rules?

For me it is the most exciting time for MotoGP probably in the last fifteen years. The change from two-stroke to four-stroke was the last big shake-up and I think these regulations should shake things up again because really every track will be something different. We are going to see one bike strong at one track, one bike stronger at another because the teams and manufacturers don't have a lot of data with which to work, in terms of the tyres and electronics. Every racetrack needs to be learned again on Friday and Saturday so I expect every weekend to be different to the last. 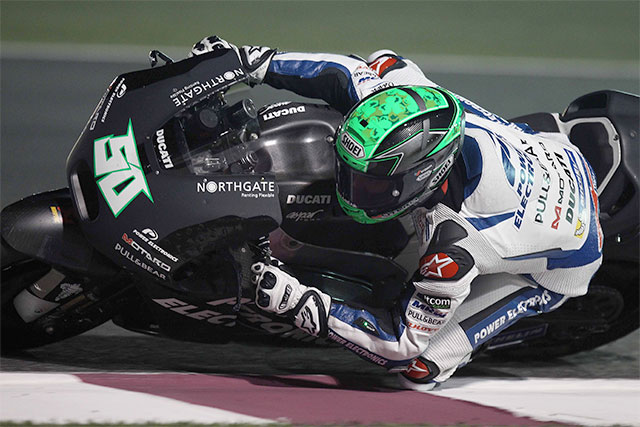