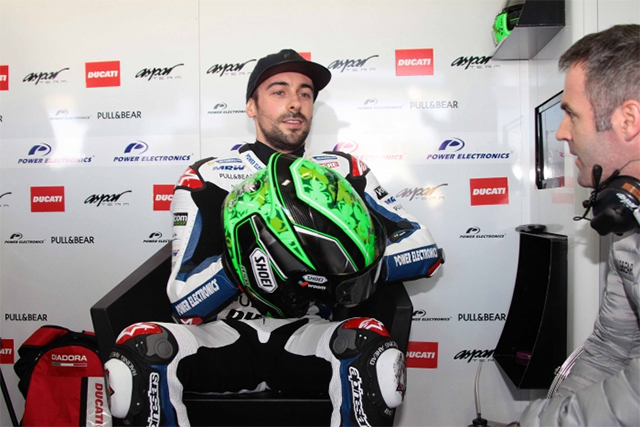 Eugene Laverty has crashed in the late stages of season testing in Jerez Spain leaving the Irishman with a broken wrist.

Laverty lost the front end of his Ducati in turn seven of the Spanish circuit injuring his wrist. After being taken to hospital it was confirmed that the wrist was actually broken.

This evening the Power Electronics Aspar rider will be admitted to a hospital in Jerez for a CAT scan to check for any further injuries, before tomorrow flying from Seville to Barcelona and the Hospital Universitario QuirÌ_n Dexeus, where Dr. Xavier Mir and his medical team will conduct surgery to relocate and fix his broken and displaced radius.

‰ÛÏIt's a disappointing end to a good day of testing," Laverty lamented.

"We made good progress with the new electronics and the last exit before I crashed was probably the first time we had the bike working correctly.

"The lap times were getting better and then I crashed, so I'm disappointed. It would always be nice to do another day but the positive thing is that the bike is working well, we are not too far away from the others and Yonny can continue to test tomorrow. Also the Ducati guys are making a big effort so the aim right now is to recover and return in Sepang in a good way," he concluded. 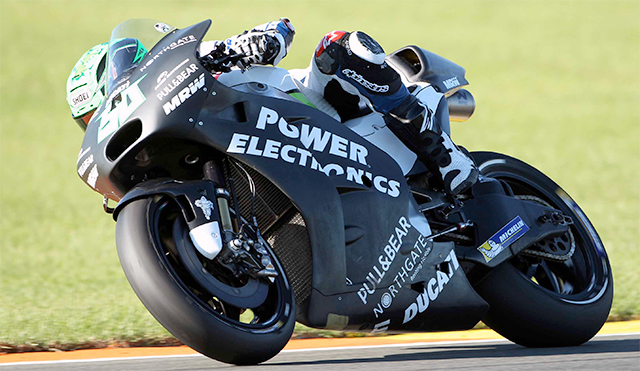 Laverty on track before it all went south.