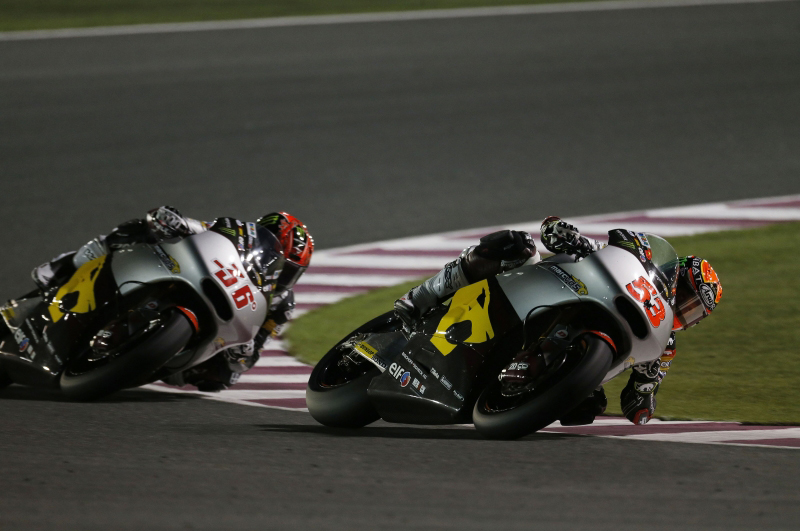 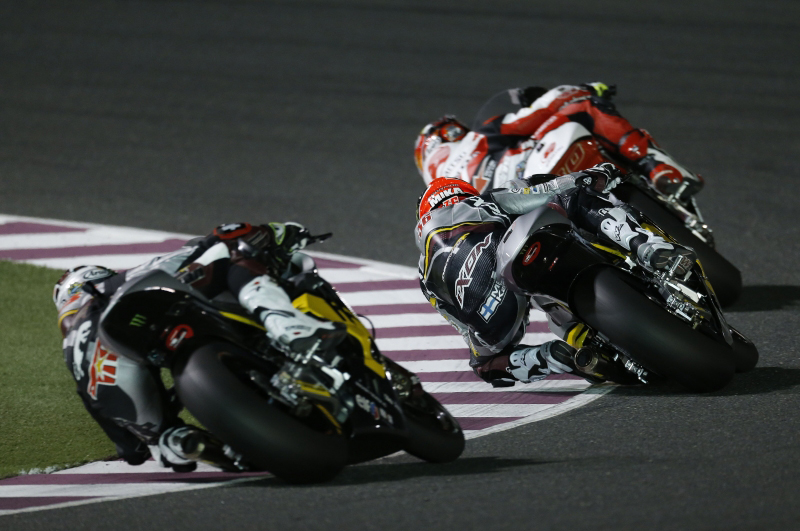 Mika Kallio was awarded 2nd place after Takaaki Nakagima's disqualification - Credit: Honda Racing
After the race, a shock: technical inspection found an infringement concerning the air filter on Nakagami‰Ûªs bike, and he was disqualified. The team appealed, without success. The resultant disqualification lifted Kallio into second place for the evening.

‰ÛÏI got a good start, making up places off the line and managed to slot into second behind Taka Nakagami, who‰Ûªd already pulled a gap at the front. It took me two laps to catch him, and I had the pace to pass, but I decided to sit in behind, stay as smooth as possible and save my tyres for the last few laps." Kallio explained.

"The lap times were quick, but I felt comfortable, until Taka upped the pace again with about eight laps to go. Then Tito came past me and I started to struggle for grip in the right hand turns. I was making up ground in the left corners only to lose it again in the right corners.

"I lost contact with them on the final lap and decided to settle for third and the points. Unfortunately for Nakagami but luckily for me, it then became second. Although we could have won tonight, I‰Ûªm happy to finish on the podium after such a big crash yesterday.

"Thanks to my crew, who put in long hours to rebuild the bike last night. Thanks also to Petronas Raceline Malaysia for the loan of a frame," he added.

‰ÛÏI lost my chance to fight for victory in the first five laps. I had problems with the front on right-handers and it kept pushing me wide. After a few laps the rear grip went down, and that helped me." Luthi stated. "I was able to get a good rhythm, and from t en it was a good race.

"What pleases me I‰Ûªm fit, feel very good, even now after the race. This is nice, especially when I think back to my njury a year ago. I was not able to cross the line in third, but my lap times in the second half of the race would have been good enough for such a position. For the season, therefore I already believe that much is possible.‰Û 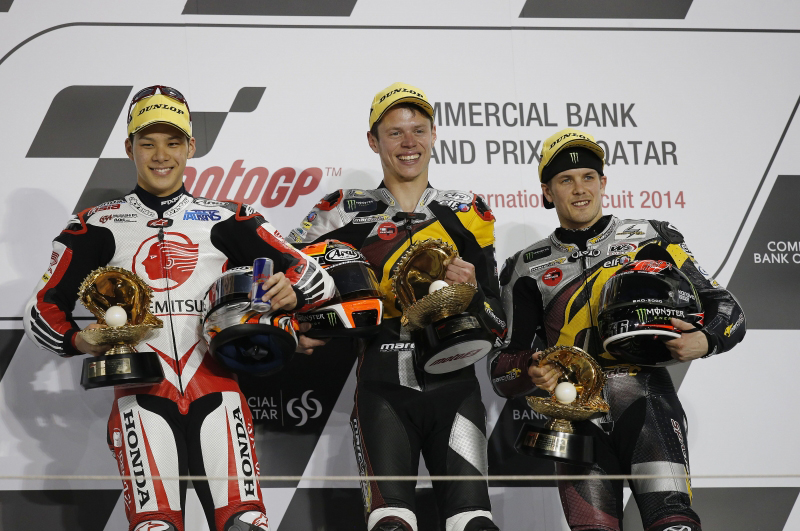