Espargaro and Smith Inside Top Three After First day at Valencia 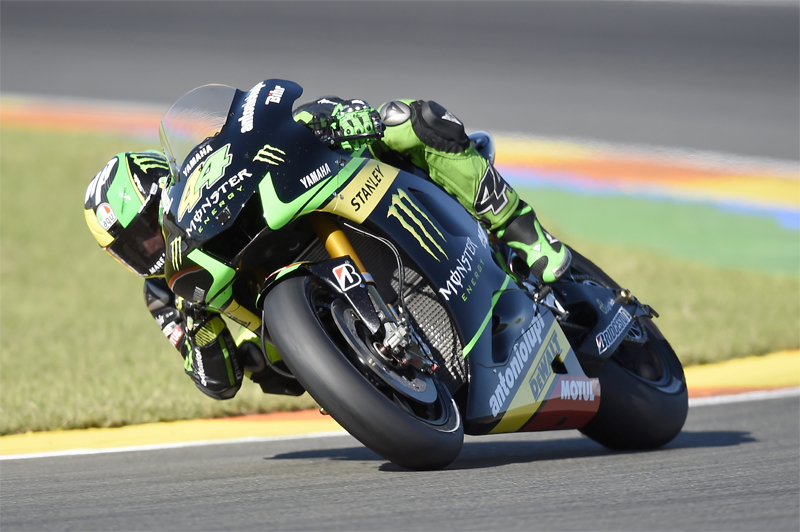 2014 leading satellite MotoGP rider Pol Espargaro continued his impressive form from this weekend on the opening day of testing at Valencia by finishing in 2nd place.

Following his successful fight to 6th in the championship standings yesterday, the 23 year old got to work instantly for next year with perfect weather conditions at the Valencia circuit. He undertook 49 laps and focused on testing new electronic settings on his updated Yamaha YZR-M1 as well as new front suspensions.

In addition, the time was quicker than the Spaniard‰Ûªs qualifying result from Saturday by 0.164 of a second.

"Today has definitely been a positive start to the new season for me as my rhythm was very consistent and in the low 31's which is a big step forward in terms of progress when looking back to last year." Espargaro said. "Our quickest lap at my first MotoGP test here for 2014 was a 1.31,5 and at the time it felt incredibly fast.

"Our main aim today was to work on the new front suspension and the electronics which we got from Yamaha and overall, I'm really pleased with my feeling with the bike. However, we still have a busy test schedule ahead for the next two days but I'm convinced as well as excited on improving even more."

The bright start leaves Espargaro primed for further success in the remaining two days before the winter test ban comes into force. 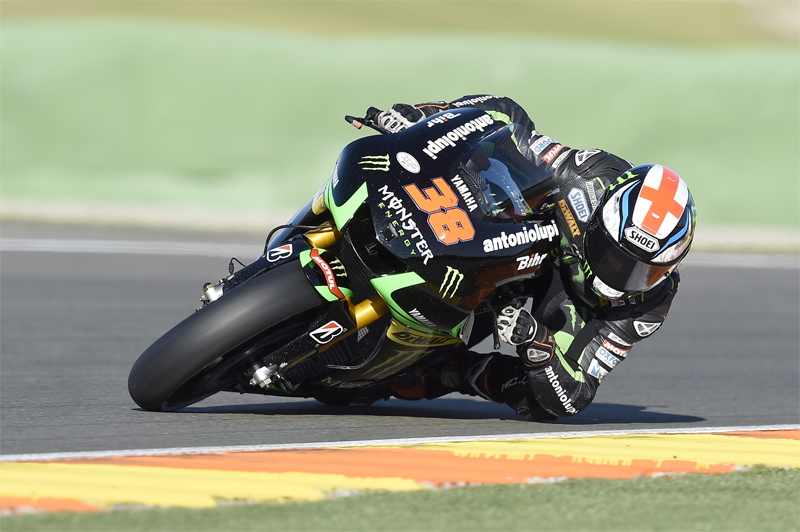 Bradley Smith
Meanwhile, Bradley Smith kicked off preparations for 2015 in a highly competitive manner by finishing the first day of testing right behind his teammate in 3rd. The British star completed an enormous tally of 59 laps around the 4005 metre circuit as he embarked on a general test of the new specification of his Yamaha YZR-M1, as well as electronics and a new Bridgestone rear tyre.

Smith, who concluded his second year in MotoGP in 8th in the championship standings, worked tirelessly throughout the day to produce a best time of 1‰Ûª31.204 as he was fractionally behind the top of the time sheet by only 0.229.

"Today was a really strong start and the great thing was that we got to try the new 2015 bike." Smith said. "To be honest, we just used a base setting and didn‰Ûªt experiment too much with any modifications as I just wanted to run on the bike in order to understand it more.

"I was also able to test a new Bridgestone rear tyre which worked well and we tried some new electronic parts and upgrades from Yamaha that were also positive. There were no negatives today and in fact we have already improved the lap time from qualifying as well as consistently riding in the 1‰Ûª31‰Ûªs.

"We undertook some really productive work, but there are still two days left so we will see what happens tomorrow. If it rains it wouldn‰Ûªt necessarily be a bad thing as it will give me the chance to test the new bike in wet conditions."

He will continue his hard work in the remaining two days at the Ricardo Tormo circuit, with the preparation for the upcoming season having already gotten underway.