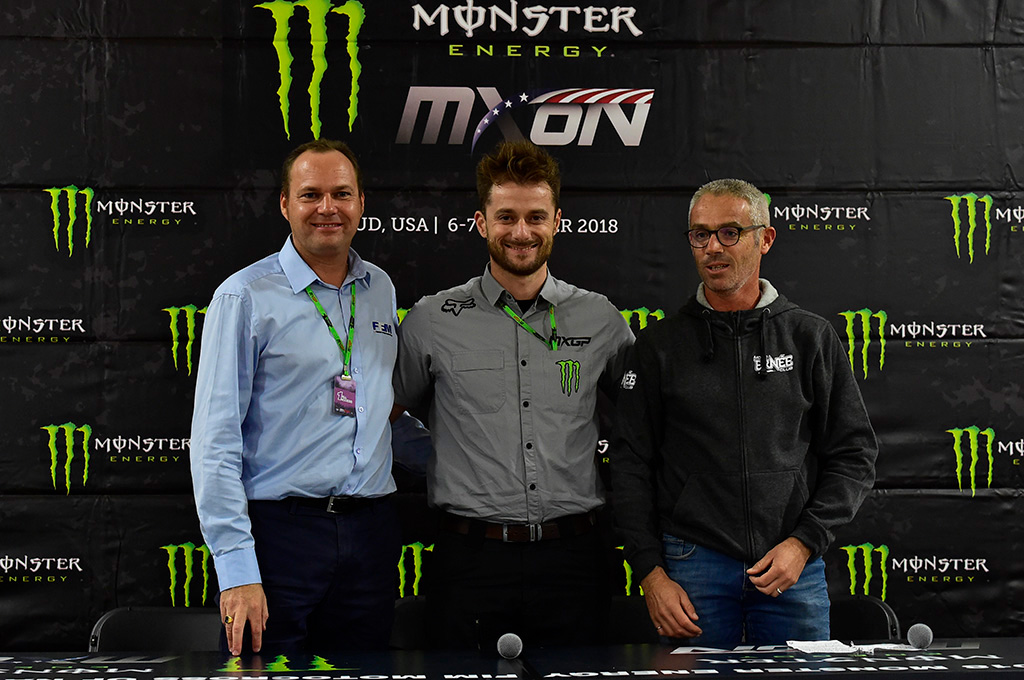 Photo from left to right: Managing Director of the FFM SÌ©bastien Poirier, Youthstream Vice President David Luongo, President of the ErnÌ©e Moto-Club Philippe Lecomte.
Youthstream and the French Motorcycling Federation have nnounced that ErnÌ©e, France, will again host the prestigious FIM Motocross of Nations in 2020.

David Luongo, Vice President of Youthstream, said, "The French following is one of the biggest in the world in the field of motocross and the French fans have always been incredible. It was the obvious choice, especially with the partnership we have with the French Motorcycling Federation and French clubs, to bring the Motocross of Nations back to France. We chose ErnÌ©e after the two editions (2005 and 2015) because both of them were an incredible success, we all have images and memories from the Motocross of Nations in ErnÌ©e and we are very proud to be coming back.‰Û