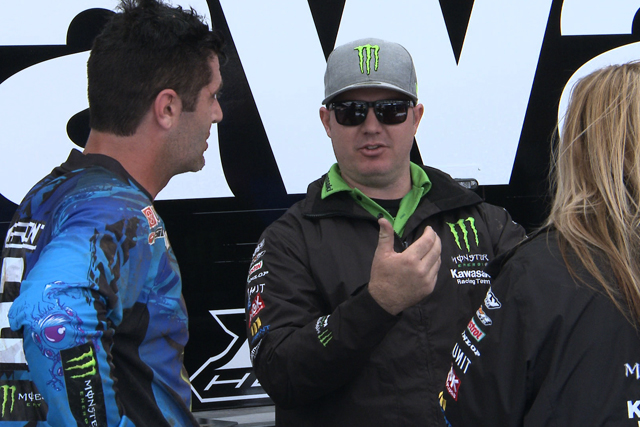 In tonight‰Ûªs episode that will air on TV4ME (Channel 74 or Region Channel 64) at 8pm, show producer and co-host Brendan Bell heads back to the U.S.A for the final round of the 2013 American National Motocross Championship at Lake Elsinore.

Bell also catches up with V8 Supercar racer Todd Kelly form the Kelly Racing team and has a look around his workshop, then gets up close and personal with Monster Energy Kawasaki‰Ûªs team manager Troy Carroll as he spends a day following him around at the races.

2013 MXTV Bike tester Luke Lee fly‰Ûªs up to Queensland to test out the all new 2014 Yamaha YZ450F at Queensland moto park, before joining Lee Hogan back in Victoria to ride the 2014 Suzuki RM-Z 450.

‰ÛÏTonight‰Ûªs show is once again going to be jam packed,‰Û