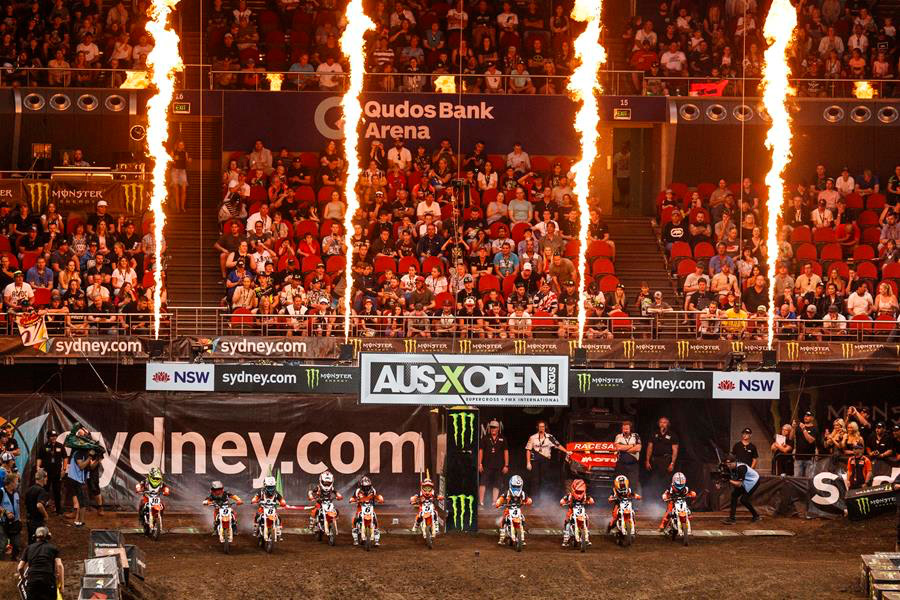 Last year KTM Junior Challenge riders competed at the Monster Energy AUS-X Open Sydney and in 2018 the Australian Supercross Championship Junior 85cc and Junior Lites classes will have their chance to compete on the big stage at Qudos Bank Arena
With entry forms released today for all classes, the Australian Supercross Championship has reaffirmed its commitment to breeding the next Supercross World Champion with the announcement that Junior Lites and Junior 85cc classes will once again have a place on the championship calendar.

Another huge boost for the junior riders is the news that the top-15 championship runners in both junior categories, will be invited to compete on Friday, November 9 at the Monster Energy AUS-X Open Sydney at Qudos Bank Arena, where both Junior Supercross Championships will be awarded.

Entry forms and further information for all classes (SX1, SX2, Junior Lites and Junior 85cc) of the Australian Supercross Championship will be released today via www.australiansupercross.com.au and on the Motorcycling Australia website www.ma.org.au

Today's announcement will also see the renaming of the Juniors Championship trophy to the Peter Melton Trophy. Melton tragically passed away in a riding accident late in 2017 and organisers hope to honour his memory and dedication to the Australian off-road motorcycling industry by creating the juniors trophy in his name.

Junior Lites and Junior 85cc classes were first granted championship status by Motorcycling Australia in 2017 however 2018 will be the first year they get to contend the entire Australian Supercross Championship calendar, concluding in Sydney on November 9.

Scott Bannan, the Promoter of Rounds 1 and 2 in Queensland, says having the Juniors compete in the full 2018 Australian Supercross Championship, alongside their heroes, is an opportunity he hopes all up-and-coming racers take advantage of.

‰ÛÏTo have both the Junior 85cc and Junior Lites compete in the entire Championship is a great step forward for the sport. Getting the opportunity to wrap up a title in Sydney, should be a huge reason, to support the whole series and secure a qualifying spot.

‰ÛÏGiving these young riders a chance to compete at a national level, at world-class venues, alongside world-class riders will go a long way in helping produce Australia‰Ûªs next Chad Reed.

‰ÛÏWe look forward to seeing the future champions of our sport line-up at the gate, beginning at Jimboomba on September 15.‰Û