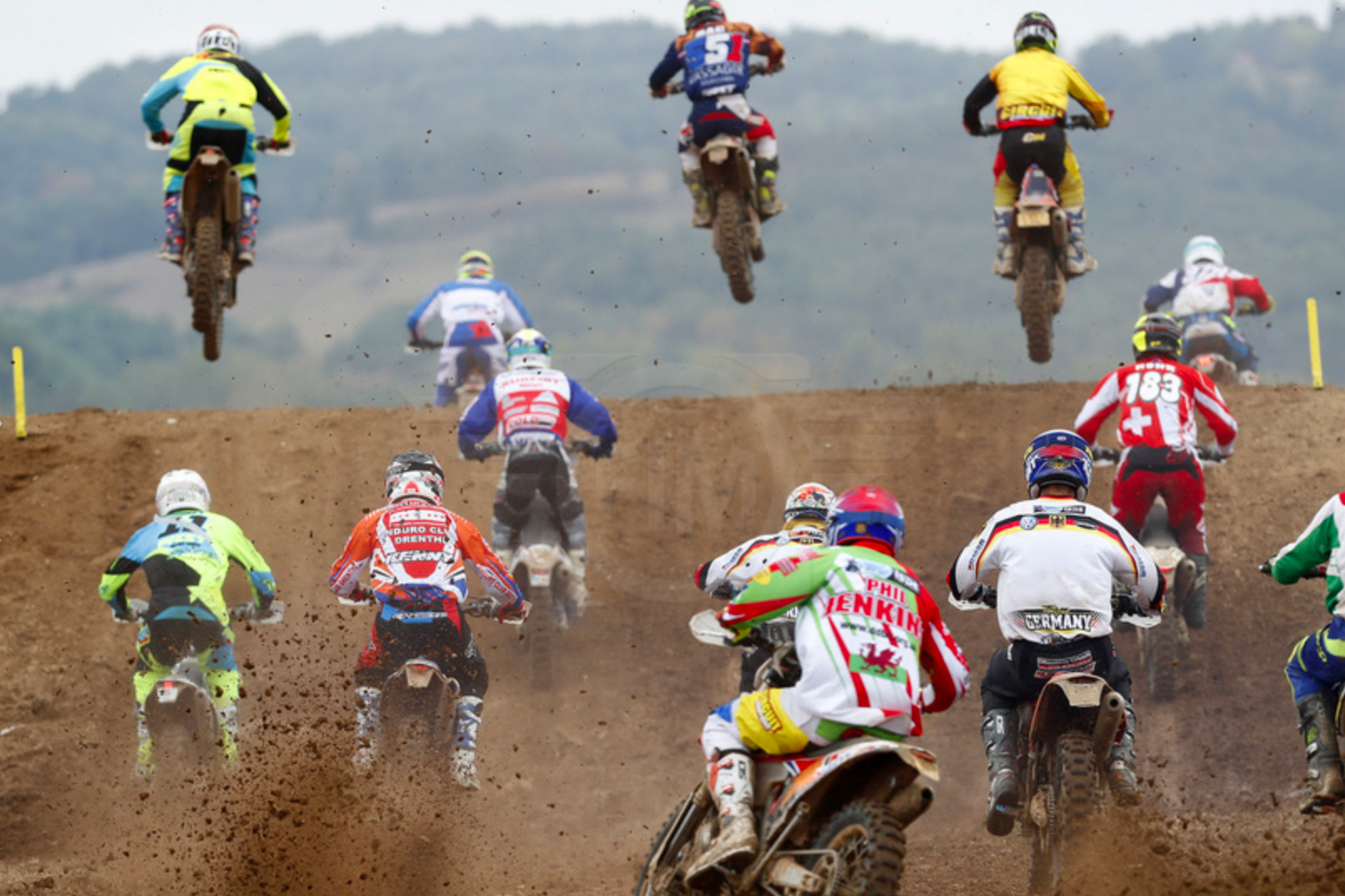 Photo: Sarah Kinrade
The FIM International Six Days Enduro (ISDE) is ready to celebrate its ninety-third edition as the 2018 edition heads to ViÌ±a del Mar in Chile from 12-17 November.

Regarded as one of the World‰Ûªs most prestigious off-road motorcycle competitions, this year‰Ûªs FIM ISDE will see over four-hundred professional and amateur riders from twenty-five nations compete.

At the head of the entry, France look to defend both their FIM World Trophy and FIM Junior World Trophy titles, while Australia are aiming for a record-breaking sixth consecutive FIM Women‰Ûªs World Trophy class win.

Returning to South America for the first time since 2014, Chile last played host to the FIM‰Ûªs longest sanctioned race in 2007. Situated just two hours west of the nation‰Ûªs capital Santiago, the picturesque city of ViÌ±a del Mar, nestled along the beautiful Pacific Ocean, will be home to the world‰Ûªs best Enduro riders for six days of exciting, action-packed racing. 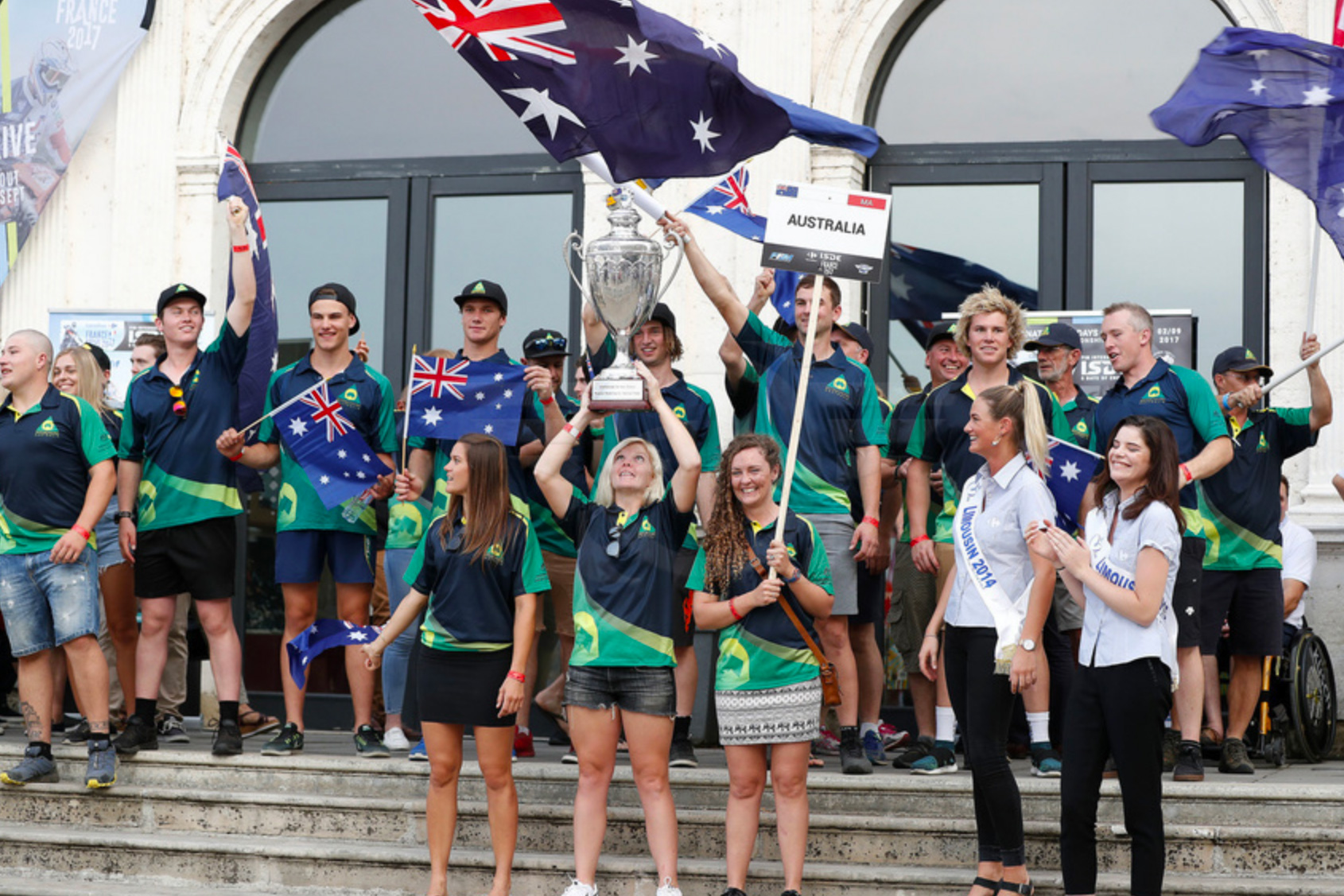 As defending champions Australia bid for a record-breaking sixth consecutive win in the FIM Women‰Ûªs World Trophy category. Photo: Sarah Kinrade
During days three and four the race moves inland to uncover a contrasting mixture of rocky terrain. Adding further spice to the proceedings a forestry course - PeÌ±uelas Lake and Wood - awaits riders on day five before the sixth and final day of racing concludes with the traditional Motocross test in front of the Pacific Ocean in ViÌ±a del Mar. In total over fourteen hundred kilometres will be covered during this year‰Ûªs event.

Ready to successfully defend their FIM World Trophy title, France arrive to Chile with only thoughts of glory on their mind. Following victory on home soil in 2017, they will be pushing hard to shine again in 2018. Eager to end their eleven-year drought, Italy‰Ûªs last taste of FIM World Trophy success came in Chile in 2007.

Looking strong on paper, they will use that as added motivation to return to the top step of the podium. Following their debut FIM ISDE victory in 2016, the United States know they have the speed to challenge for top honours. Likewise, 2015 champions Australia will be equally determined. The Czech Republic, Spain, Germany, Sweden, Mexico, Brazil, Argentina and Chile are among those who will fight for a place inside the top five.

In what was arguably the closest fought category in 2017, the FIM Junior World Trophy class once again is set to be a competitive affair. Last year France claimed a narrow fifteen-second margin of victory over Italy, with the United States third. The three nations will meet once again in Chile all hoping to prove that they are the fastest Junior Enduro riders in the world.

Keen to dispute that, Chile, led by newly crowned FIM Enduro Youth World Champion Ruy Barbosa (Husqvarna), have a very strong chance of finishing on the podium in their home race. Australia, Argentina, Germany, Portugal, Spain and Sweden are all capable of delivering strong results.

As defending champions Australia bid for a record-breaking sixth consecutive win in the FIM Women‰Ûªs World Trophy category. All told, they have been unstoppable since securing their first victory in Sardinia, Italy back in 2012. For 2018, long-serving rider Tayla Jones and Yamaha's Jessica Gardiner are joined by debutante Mackenzie Tricker, who replaces the recently retired Jemma Wilson. Eager to keep their winning streak alive, they aim to hold off the attacks from France, United States, Germany, Portugal, Spain, Sweden and Chile. 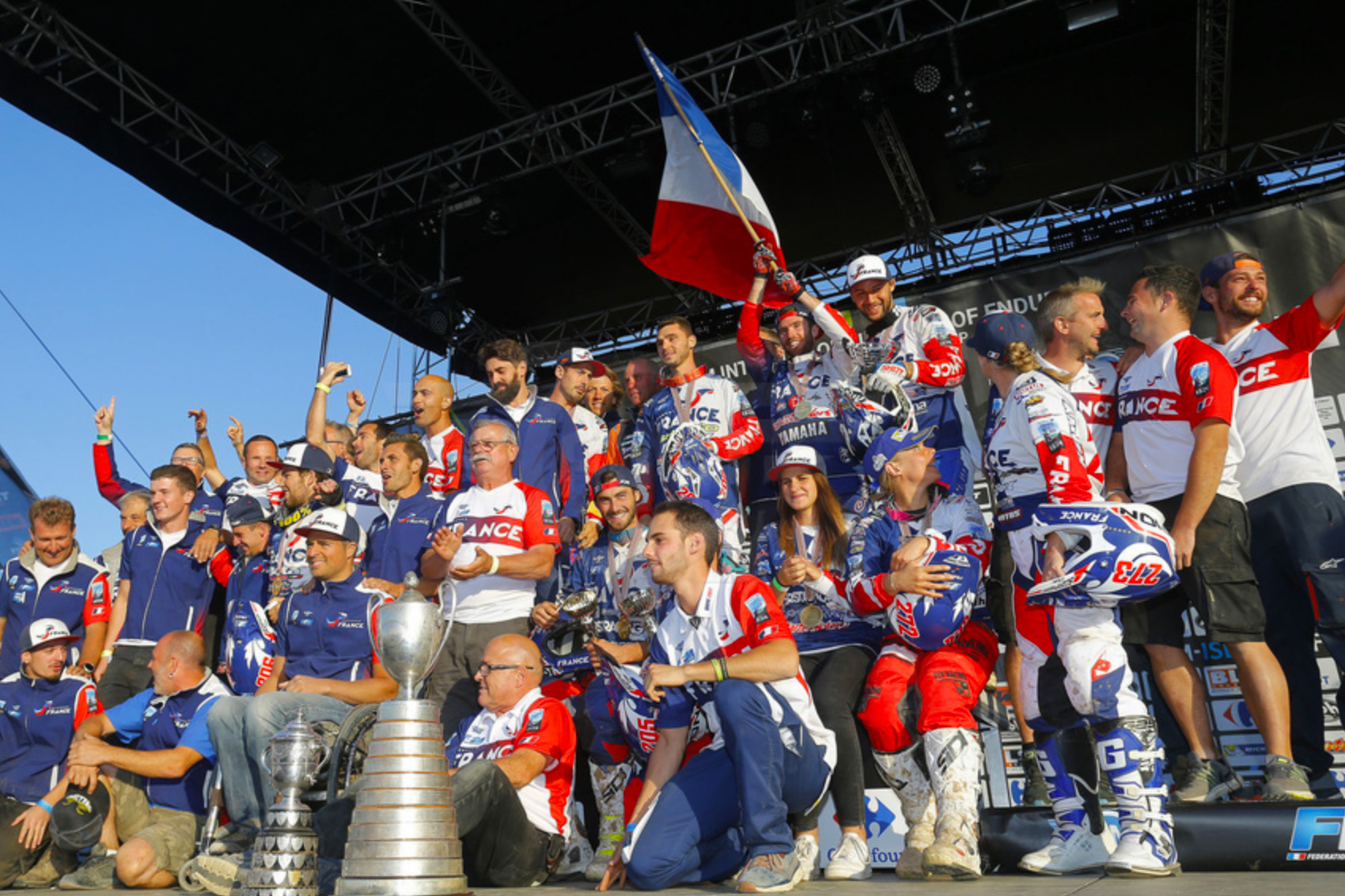 Ready to successfully defend their FIM World Trophy title, France arrive to Chile with only thoughts of glory on their mind. Photo: Sarah Kinrade