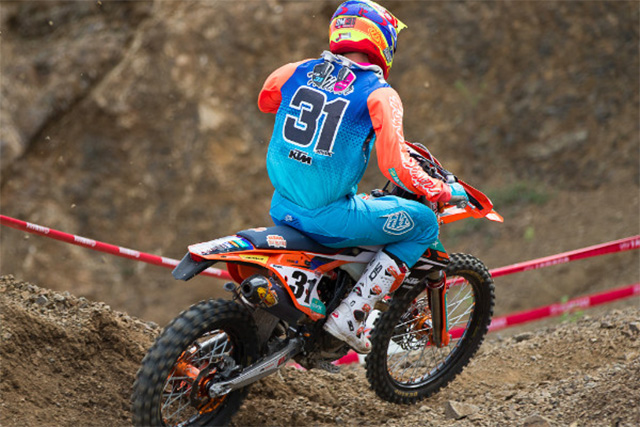 With a 2017 Yamaha Australian Off Road Championship recently added to his resume, and just two weeks remaining until he jets out to France for the 2017 International Six Day Enduro, you would be forgiven for thinking that Daniel Milner has enough on his plate, however the KTM rider loves a full schedule, and by the sounds of it, doesn‰Ûªt mind a challenge either.

This weekend, the newly crowned Australian Off-Road E2 class Champion will switch cross country tests for motocross, when he lines up in the Premier Thor MX1 class for a one-off appearance at Round 9 of the Motul MX Nationals at Toowoomba!

Milner, who has had a stellar year to date, shared that racing a round of the Motul MX Nationals has always been something he‰Ûªs been keen to tick off, and that it will provide great training for this year‰Ûªs Four Day Enduro.

‰ÛÏI‰Ûªm actually on my way up to Sydney at the moment to do some testing on the motocross bike, and then the plan is to head to Toowoomba and have a race,‰Û