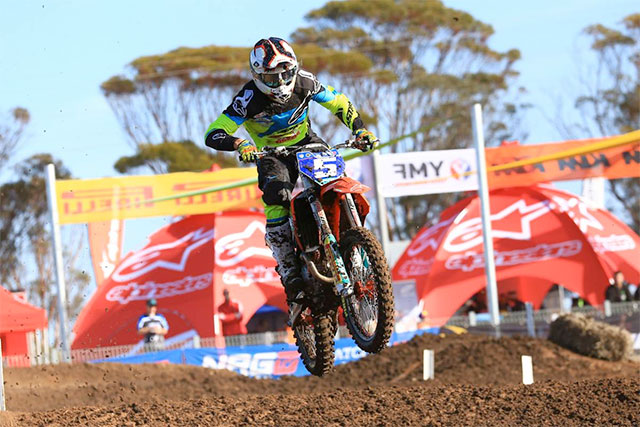 Raceline Pirelli KTM have left Round 1 of the Motul MX Nationals at Horsham encouraged, after both team riders Wade Kirkland and Dylan Wills put on promising performances in the team‰Ûªs first outing for 2016.

With a change in bike colour, as well as fresh faces for the 2016 season, the team had the opportunity to put their hard work during the offseason to the test over the weekend, with both riders also putting vital championship points on the board.

For Motul MX2 rider Dylan Wills, round one of the MX Nationals was met with some challenges ‰ÛÒ Wills, who had suffered a head injury whilst training for round one, raced to ninth in moto one, and 15th in moto two, handing himself and the team 13th overall at the conclusion of round.

‰ÛÏIt was a disappointing weekend for me that's for sure, after such a good pre season it was hard to cop that on the chin,‰Û