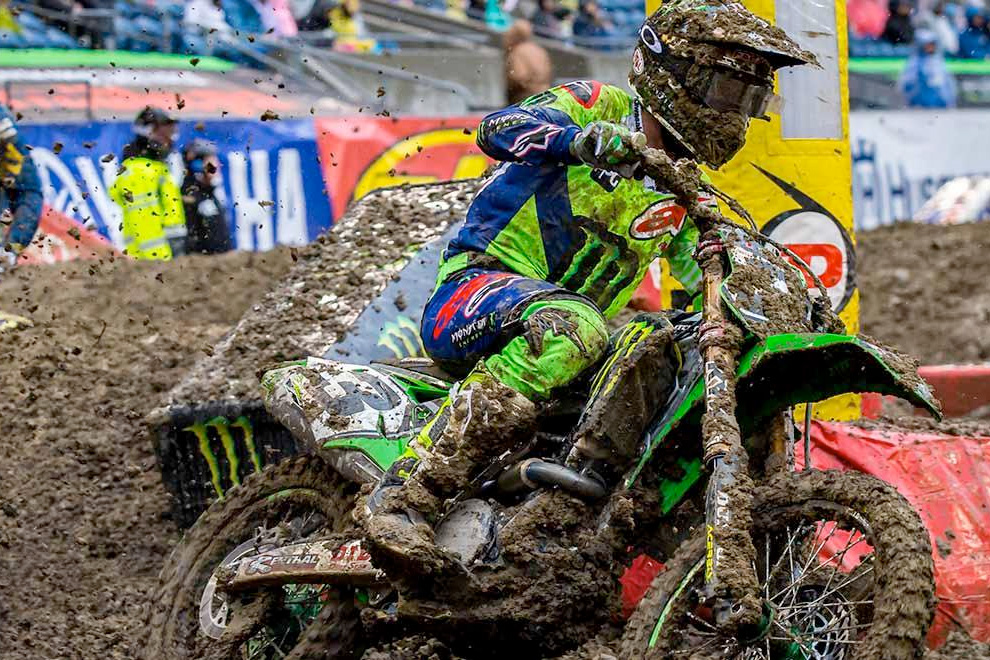 Eli Tomac put in a strong and steady ride to take the win in Seattle - Credit: Supercrosslive.com
Monster Energy Kawasaki's Eli Tomac has proven to be too strong powering to his sixth win of the 2018 Monster Energy Supercross Championship held in Mud Soaked conditions in Seattle.

In a shortened main event, it was RedBull KTM's Marvin Musquin who rounded the first turn in the lead, with both points leader, Rockstar Husqvarna's Jason Anderson and Tomac right by his side in an enthralling start to the 12 minute plus one lap race.

Anderson quickly asserted himself as the rider to beat as he attacked the atrocious conditions and built a handy lead from Tomac in second, while Musquin dropped off the pace in third.

With the race more than half over, Anderson made a small mistake, it was enough to allow Tomac into the lead, and despite Anderson recovering and closing in on Tomac in the closing stages of the race, Tomac was able to hold steady and rack up another race win for the season. 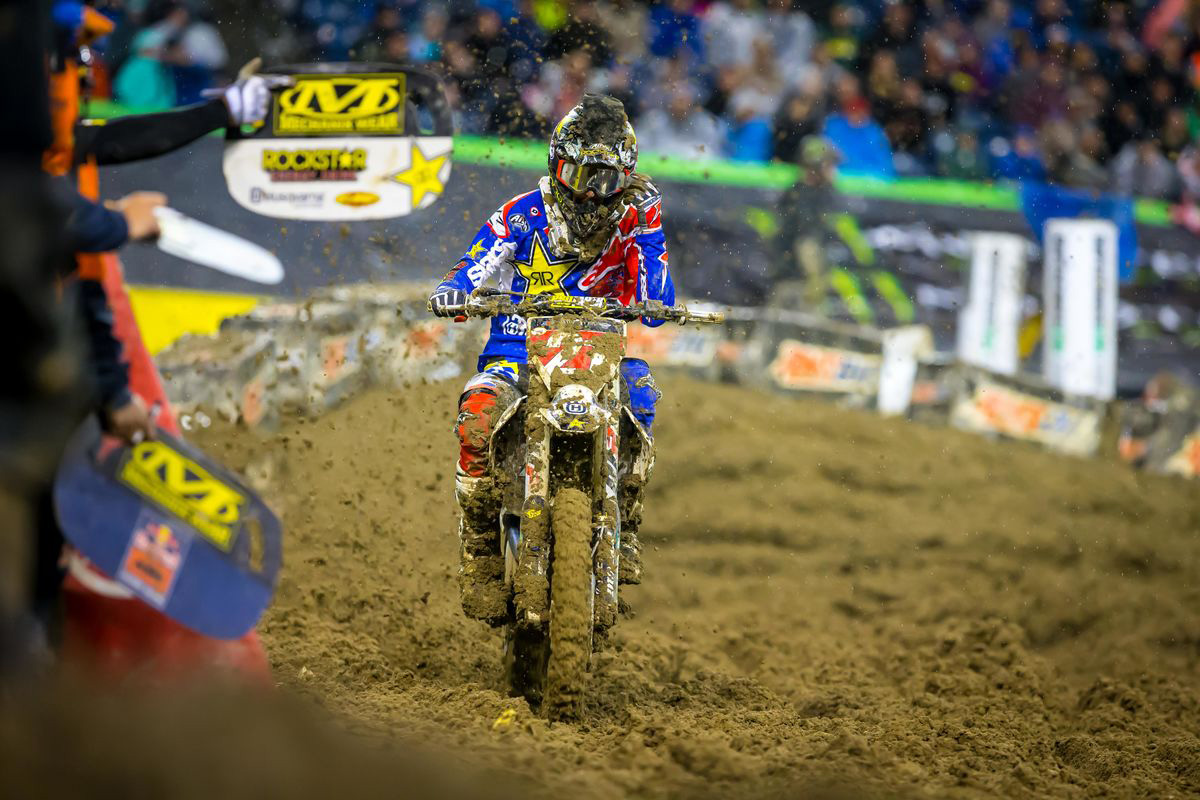 Jason Anderson moved to 37 points clear of Musquin in the title fight with just four rounds remaining - Credit: Simon Cudby
Musquin was left a little disappointed with this third place main event finish after earlier in the night comfortably winning his heat race.

‰ÛÏIt‰Ûªs not often that we have a muddy race like that in Supercross, but we have no choice, we have to go out and give our best," Musquin explained. The conditions were pretty tough; the mud was pretty sticky for the Main Event.

"Honestly, I‰Ûªm a little disappointed. I got a great start, but the speed wasn‰Ûªt there. My intensity ‰ÛÒ I was too timid and too cautious. I should have taken more risks but I was just trying to be consistent and stay on two wheels, and the other guys were just faster.‰Û 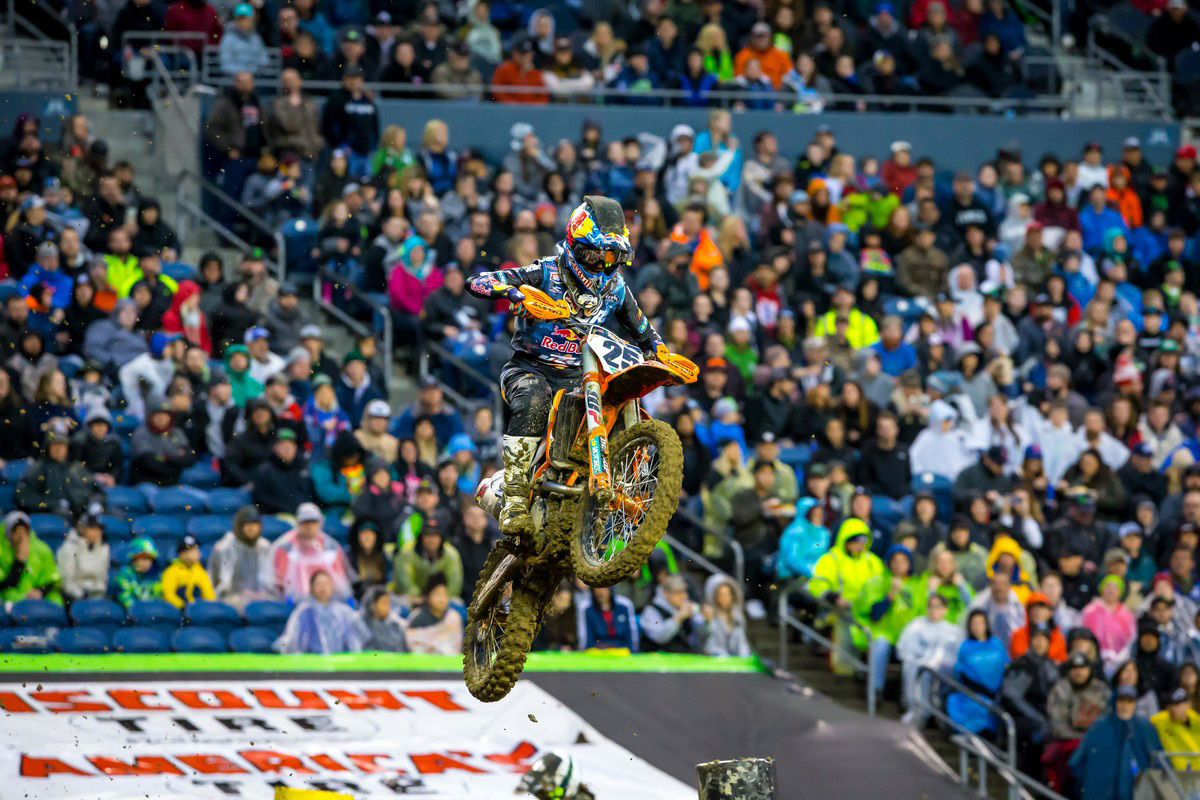 Marvin Musquin was disappointed with his main event speed on his way to finishing third. - Credit: Simon Cudby
‰ÛÏIt‰Ûªs always exciting to come to Seattle, I got my first win here in 2010, and I‰Ûªve always enjoyed the tough conditions here." Tickle said.

"Tonight was pretty good for me, I was excited to see the rain, but it ended up being really tough to ride in. I know I‰Ûªm really good in those conditions just by being patient, taking my time and not getting too far ahead of myself and I felt like I did so tonight, and I was consistent.

"It was a tough track tonight, but I‰Ûªm in a good position to keep building momentum and end out the series strong.‰Û 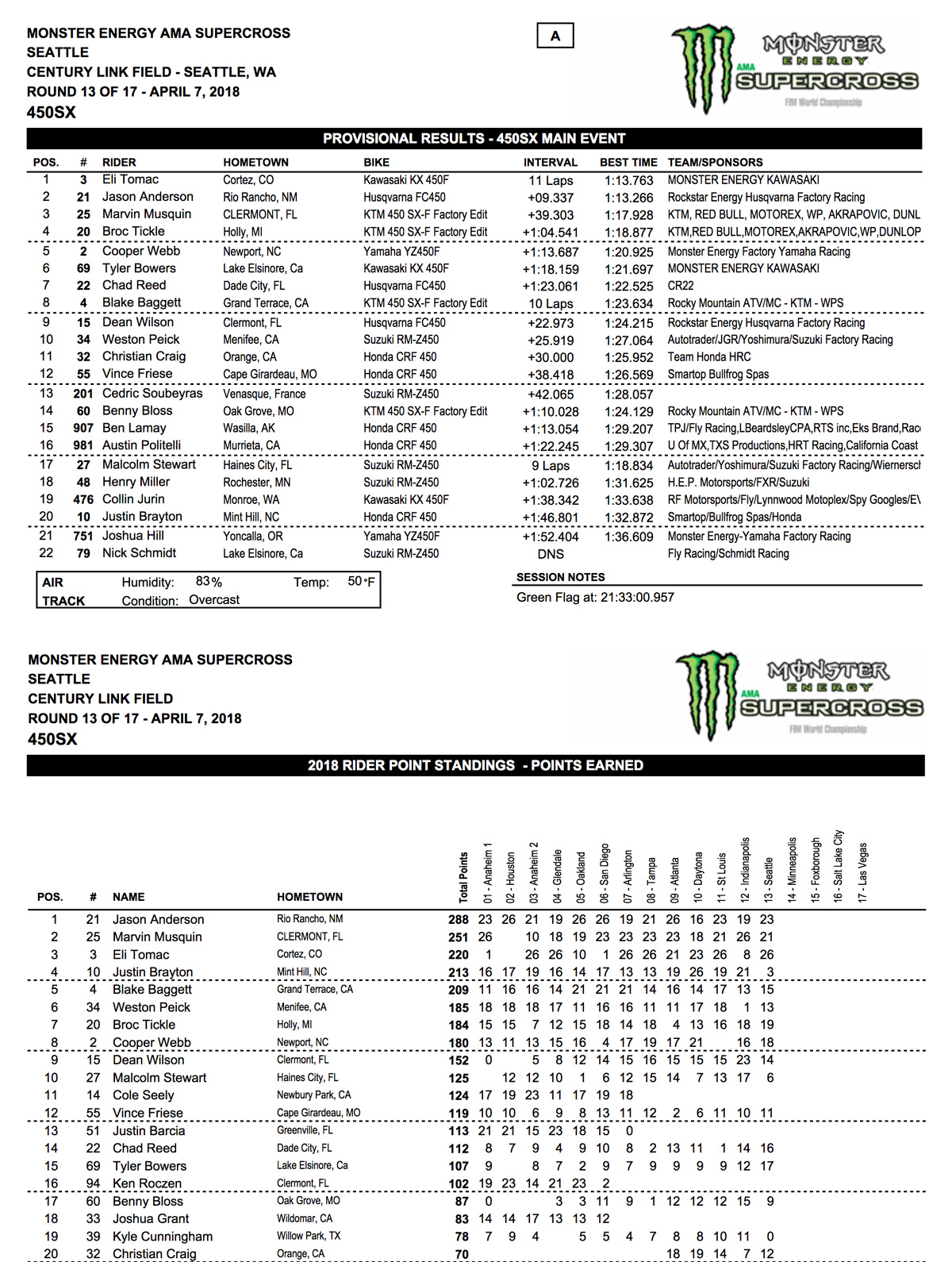 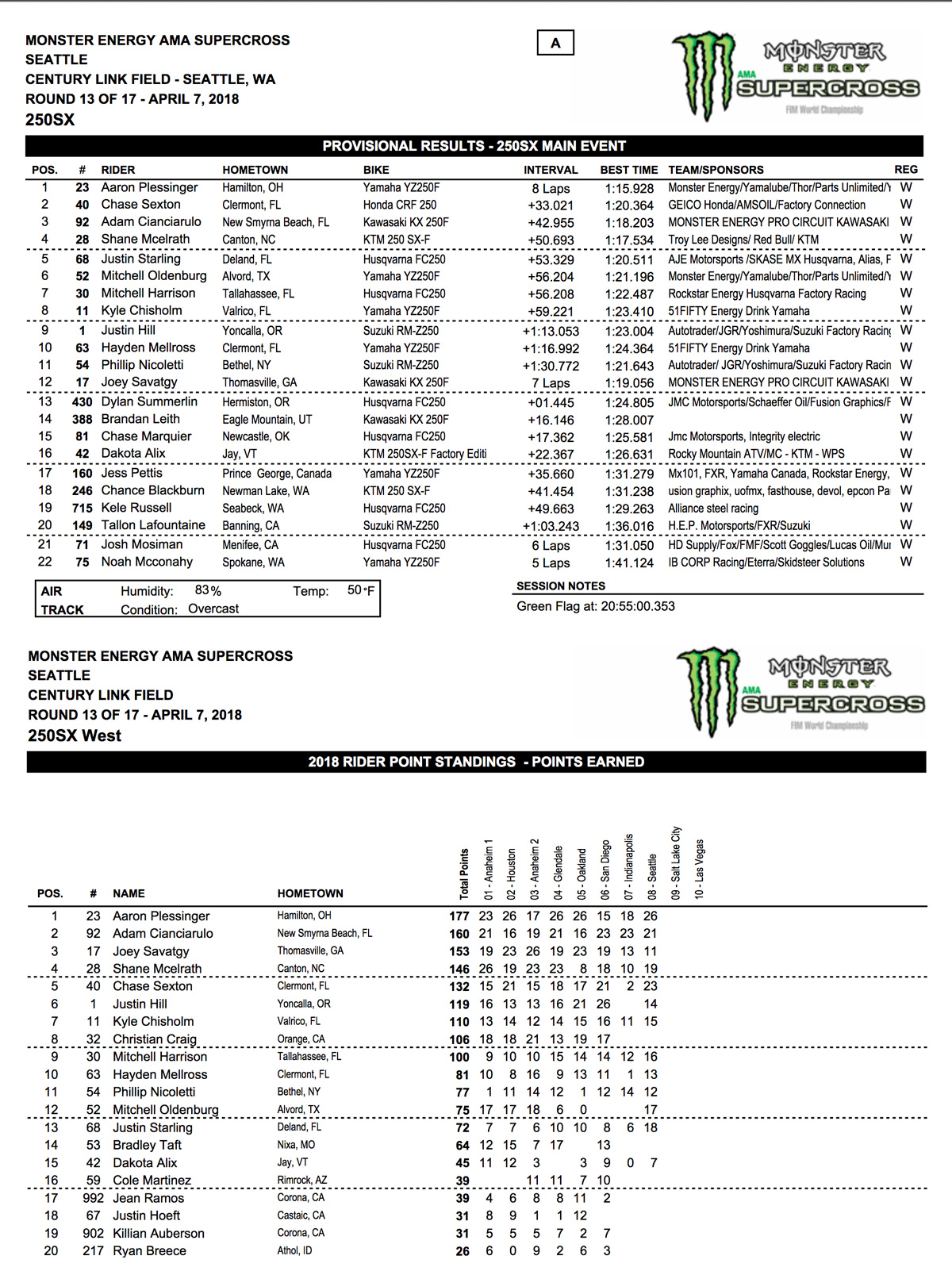