Monster Energy Kawasaki‰Ûªs Eli Tomac has claimed his third win of the 2018 Monster Energy Supercross Championship with a dominating performance in Arlington today.

Tomac set the tone early in the day qualifying fastest before going on to dominate his heat race, then done like wise in the nights main event, grabbing the holeshot before riding away from the field to win comfortably.

Behind Tomac, championship point‰Ûªs leader, Jason Anderson moved quickly into second position aboard his Factory Rockstar Husqvarna and it looked as though the crowed was set for an all out duel between himself and Tomac.

However a small crash, left Anderson back in 7th position, allowing the KTM pairing of Marvin Musquin and Blake Bagget to move into second and third places respectively where they would finish.

The fourth place finish for Anderson was enough to once again extend his points lead after Monster Energy Yamaha‰Ûªs Justin Barcia was forced to the sidelines with a suspected broken hand after a heat race incident.

Anderson now holds a massive 36 point lead over Seely with Bagget a further 4 points further back in 3rd.

For Australia‰Ûªs Chad Reed it was a record equalling night when he lined up for this 227th main event start after qualifying directly from his heat with a ninth place finish.

When the gates dropped on the night‰Ûªs main event, Reed officially tied Mike Larocco‰Ûªs 450 SX start record and will likely break the record next weekend.

In the opening round of the 2018 250 East Coast Championship it was 2017 champion, Zach Osborne who got his title defence off to the perfect start.

The 250 main event started in dramatic style with a huge first turn pile up that took down a number of the pre season favourites including Martin Davalos who retired from the race after being collected by numerous bikes.

While Osborne was able to avoid the carnage, he was left buried just inside the top ten, then made life even harder for himself with a small crash. However the Rockstar Husqvarna rider put on a charge through the field to take the win ahead of Monster Energy Yamaha‰Ûªs Colt Nichols and JGR Suzuki‰Ûªs James Decotis. 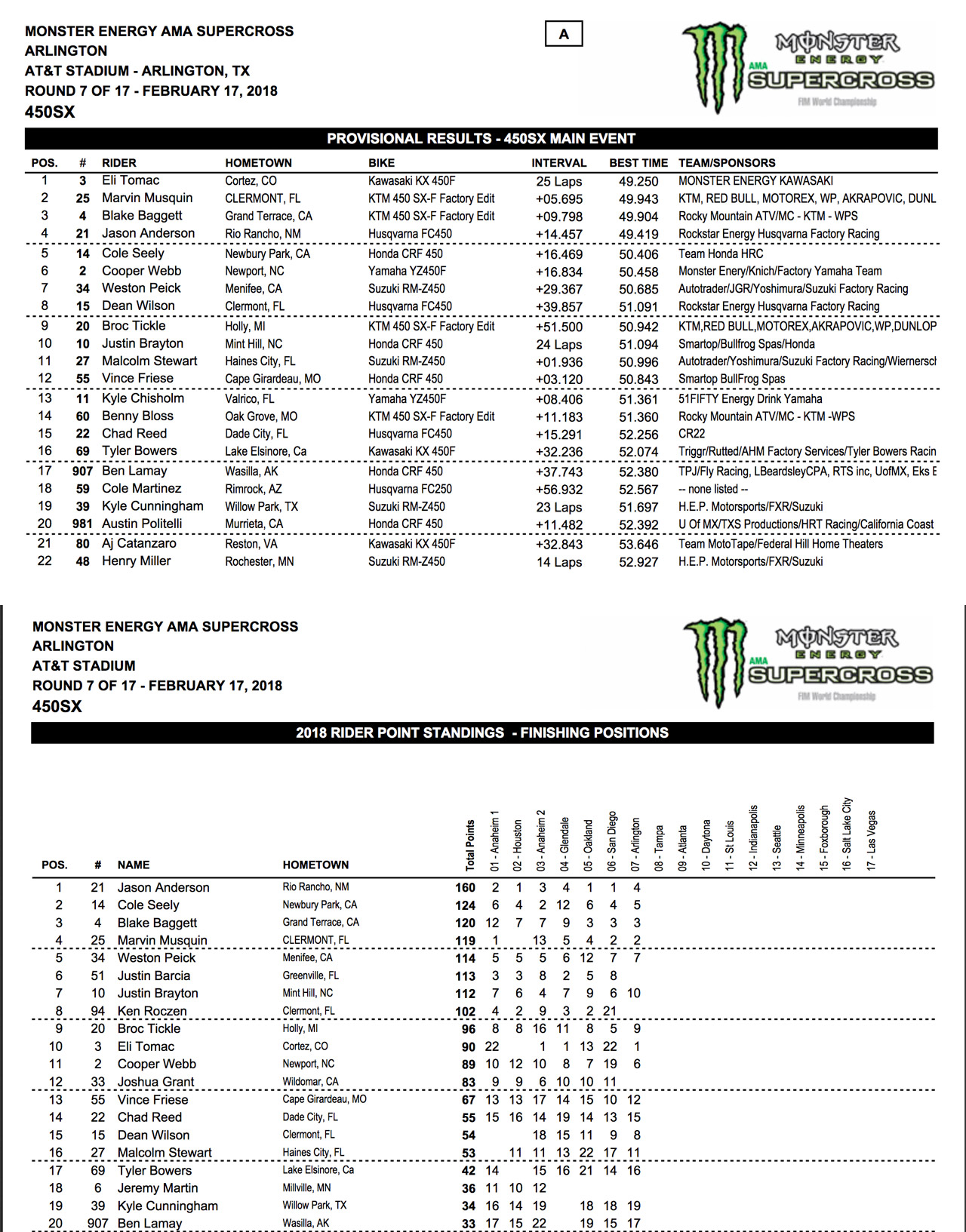 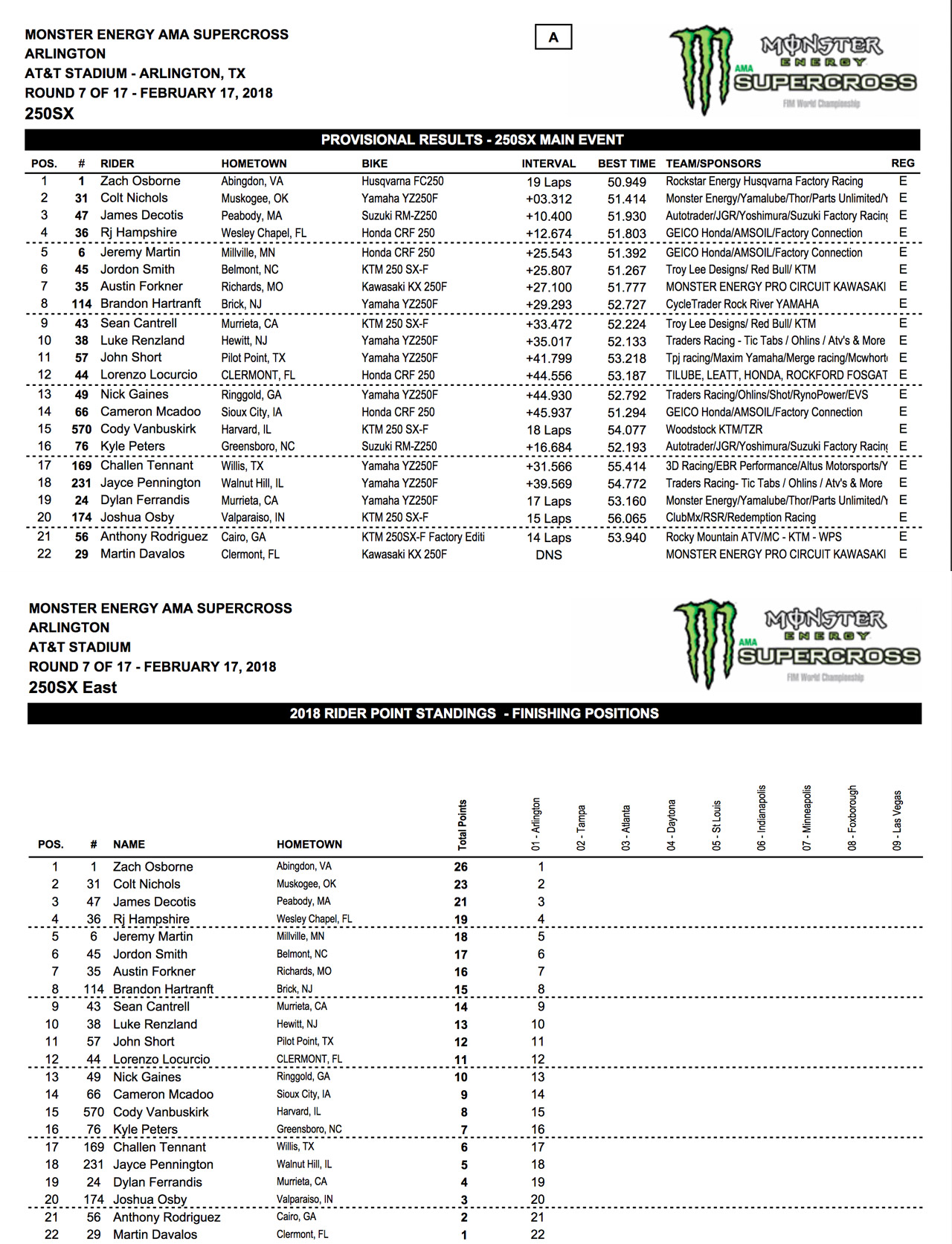