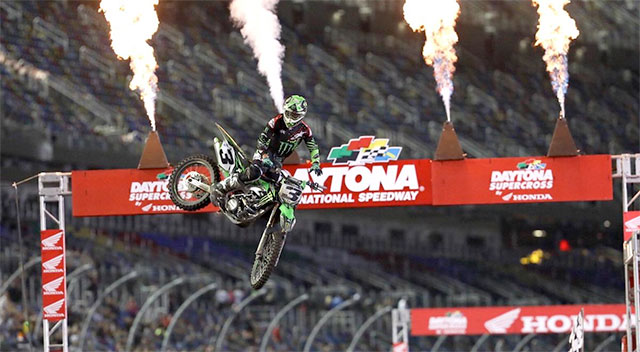 T Eli Tomac came from behind in Daytona to capture his fifth Monster Energy Supercross victory of the season, closing the championship gap to Ryan Dungey to just 17 points.

Tomac mounted a charge just before the halfway mark before initiating the pass on Honda fill-in rider Jeremy Martin on Lap 11. He then set sail, taking his second consecutive Daytona SX win by over 17 seconds. Jason Anderson rebounded from a ninth-place start to score his second podium of the season.
450 SX Daytona Highlights 2017 Monster Energy Supercross


The 450SX Main Event kicked off to a surprising start with Martin leading the charge, followed closely by Tomac and Justin Brayton. Martin, making his 450SX debut, pulled a gap over Tomac and was riding a flawless race out front. However, as the track broke down, Tomac managed to claw his way back and take over the lead.

Behind the two leaders and Anderson, fans witnessed a huge comeback ride out of 2015 Daytona champion Ryan Dungey. After starting 17th, Dungey picked apart the field one lap at a time. He cracked the top 10 at the halfway mark, passed Chad Reed for fifth on Lap 17 and worked past Cole Seely on the final turn to finish fourth. The reigning champion still has not finished worse than fourth since April 2014.


In the 250SX Class, hometown kid Adam Cianciarulo returned to the top step for the first time since 2014 (Indianapolis SX).

Cianciarulo worked past teammate Joey Savatgy on Lap 1 and maintained a gap throughout the 15-lap race to capture the victory by four seconds. The Pro Circuit Kawasaki duo were joined on the podium by French rider Dylan Ferrandis, who scored his first career Supercross podium.

Championship leader Zach Osborne rebounded from a crash to finish fourth. He will carry a six-point advantage into Indianapolis. 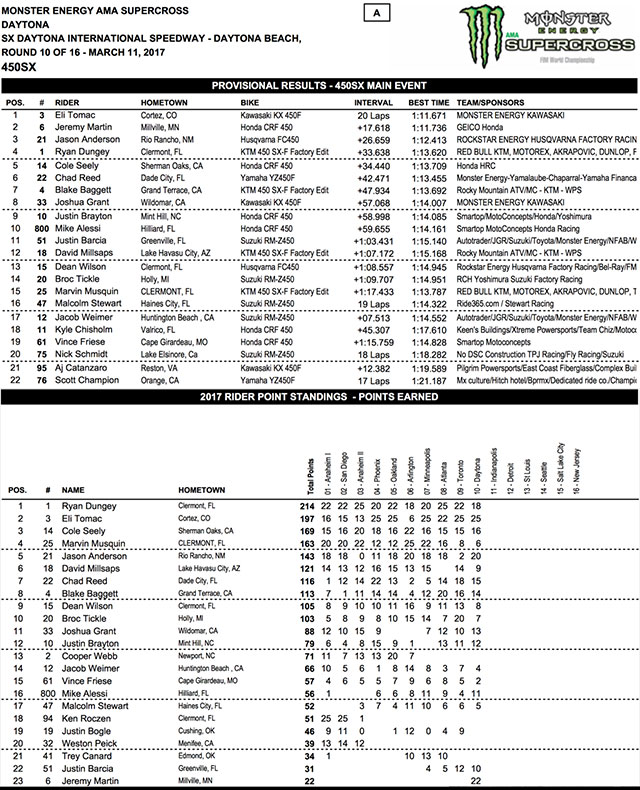 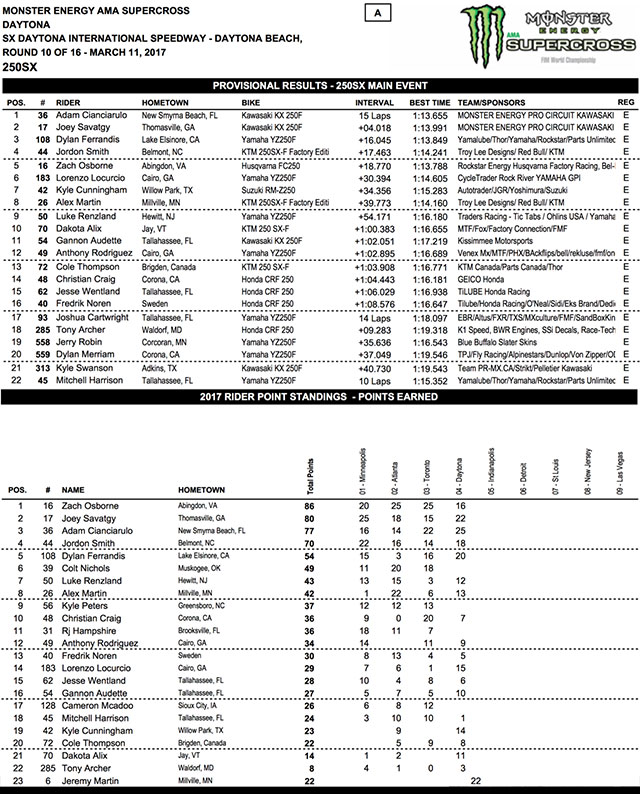