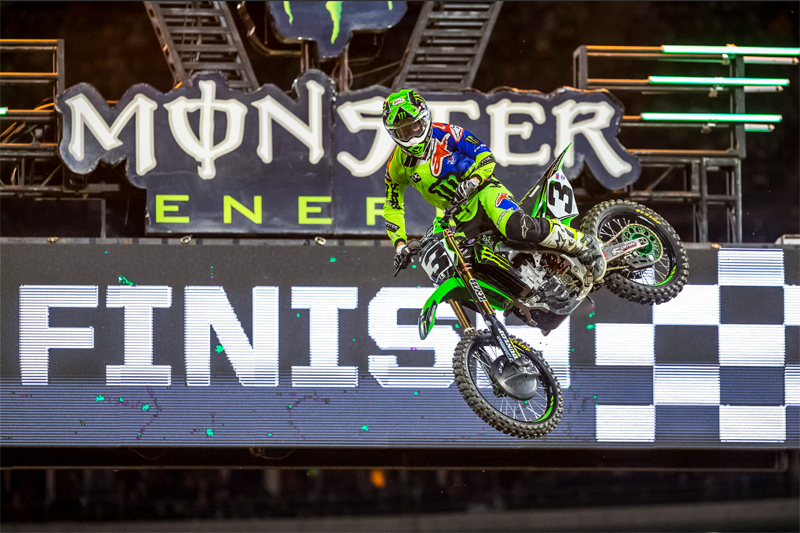 Monster Energy Kawasaki‰Ûªs Eli Tomac has his season back on track with his second straight win at the fourth round of the 2018 Monster Energy Supercross Championship held at Glendale today.

After qualifying down in 10th position earlier in the day, Tomac put together the perfect main event, jumping to the lead out of the first turn and was never headed as he lead the 20 minute plus one lap race from wire to wire.

Behind him JGR Suzuki‰Ûªs Weston Peick made some quick fire moves in the opening corners, quickly moving his way into second, with Monster Energy Yamaha‰Ûªs Justin Barcia in third, while championship points leader Rockstar Husqvarna‰Ûªs Jason Anderson sat in fourth.

Barcia, spent a handful of laps behind Peick before moving his way into second position, while Anderson‰Ûªs night turn pear-shaped as his red plated FC450 slipped backwards down the field, moving as far back as 8th before the mid point of the race.

Factory Honda‰Ûªs Ken Roczen was the man on the move, moving his way up to third position, though over 10 seconds behind race leader Tomac.

After the half waypoint of the race, Anderson was able to gather himself, reversing his early race form and moved back through the field into forth.

In the dyeing stages of the race, Barcia moved to within two seconds of Tomac with Roczen right in tow, however there was nothing that could be done to catch the leader with Barcia finishing second and Roczen third.

Anderson salvaged some great points in fourth, with Red Bull KTM‰Ûªs Marvin Musquin finished 5th, ahead of Peick who has gone 5-5-5-6 to start the season.

Aussie Chad Reed, continued to push through the pain of his foot injury making the nights main event via the LCQ and finished the main in 19th.

In the championship standings, Anderson now leads by nine points from Barcia, with Roczen a further three points back in 3rd.

Weston Peick moved up one position to 4th after Cole Seeley had issues late in tonight‰Ûªs main event, which relegated him to 12th for the round and 5th in the standings.

The big mover of the night was race winner Eli Tomac who despite only picking up one point in the opening two rounds, moved to 10th in the championship standings and now only sits 36 points from the series lead with 13 rounds still remaining. 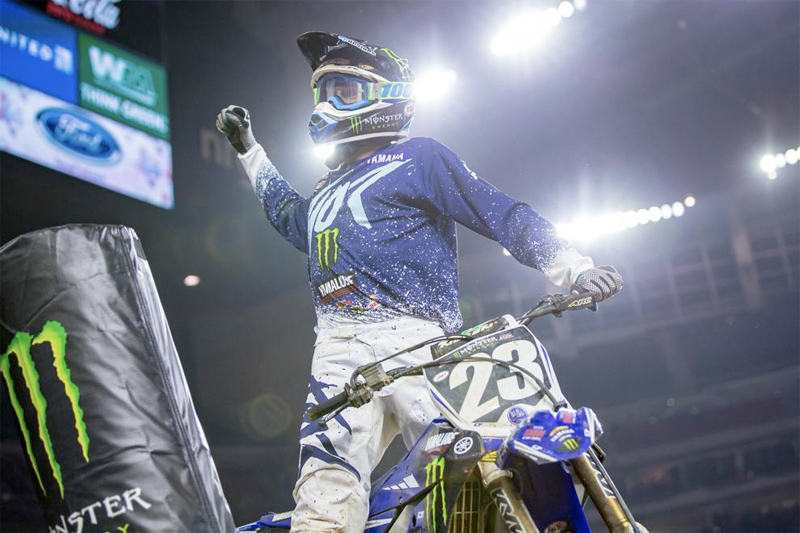 When the gates dropped on the 250 West main event it was Pro Circuit Kawasaki‰Ûªs Joey Savatgy who pulled a huge holeshot from an outside gate after being forced to make the nights final via a trip to the LCQ.

Joint points leader coming into the round with Savatgy, Troy Lee Designs KTM racer, Shane Mcelrath, made a moved into the lead in the long whoops section, while Monster Energy Yamaha‰Ûªs Aaron Plessinger also found his way around Savatgy.

Plessinger stalked Mcelrath for a handful of laps before making a decisive move for the lead and quickly gapped the field to run away with the round win.

McElrath held on to second position, with Adam Cianciarulo rounded out the podium after a mistake from Savatgy relegated him to fourth.

Charging his way from the back of the field in his heat race, he came from last all the way up to ninth place on the final lap to qualify directly to the main event.

Another early race incident in the main once again left the Aussie at the rear of the field, working his way to 14th position at the end of the night.

In the championship standings, Plessinger re-gained the Red plate and leads Mcelrath by a single point with Savatgy sliding down to 5th, five points down on the leader. 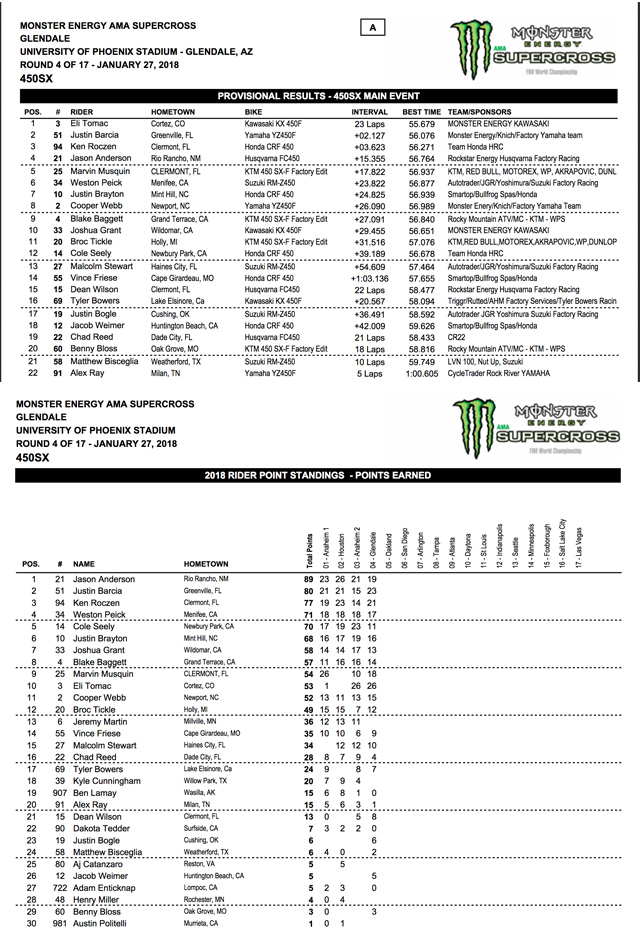 450 SX round results and Championship standings 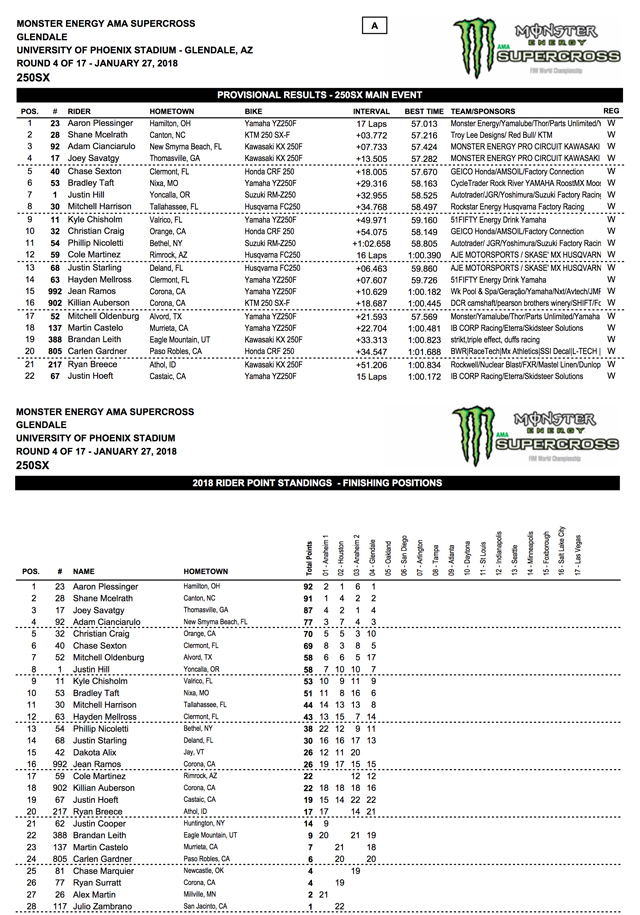 250 SX round results and Championship standings