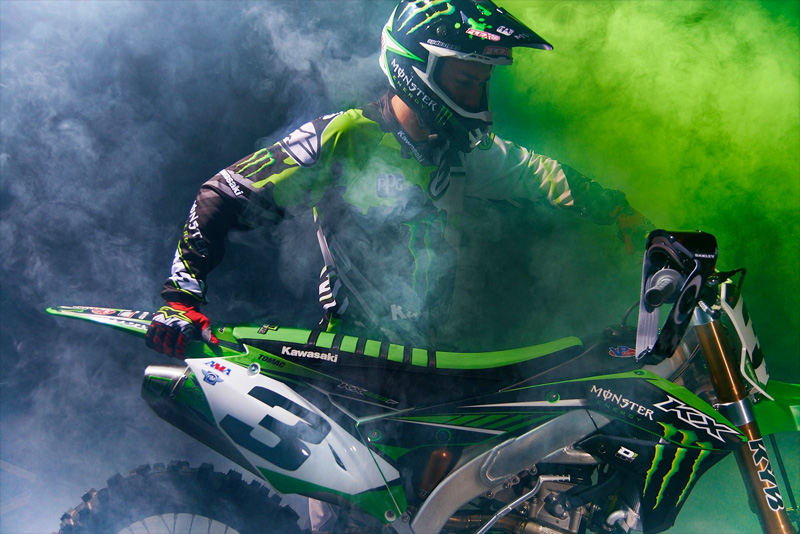 Tomac, the 2012 250cc Supercross West Region Champion and 2013 250cc Motocross Champion, continues to be a top competitor in the premier supercross class including winning supercross and motocross races during his first two years in the premier class.

Hahn is beginning his third campaign in the premier class after capturing the 2013 250cc Supercross East Region Championship and is poised to collect podium finishes in 2016. Both will compete on the championship proven KX‰ã¢450F as they look to continue Kawasaki‰Ûªs winning legacy.